Using the same platform as a pickup truck, the 2004 Nissan Xterra solidifies itself as a rugged SUV that emphasizes off-roading capability. Everything about the Xterra is geared toward being an outdoor vehicle, including its simple interior, utilitarian design and versatile cargo area. With an available supercharged V6, the Xterra also provides stellar performance.

The 2004 Xterra entered the model year without any significant changes.

From the outside, the 2004 Nissan Xterra looks like a real off-roader. A blacked-out front grille encompasses two round headlights, and a single horizontal bar makes up the slim grille. At the side, the Xterra has flared fenders and door handles that are high on the beltline. The rear end of the Xterra boasts an upright design and a unique design for the rear windshield.

The 2004 Xterra’s interior has a simple, masculine interior design. Hard plastics throughout the cabin are easy to clean after a hard day of off-roading, and buttons, gauges and dials are laid out well and easy to read. The gauges that make up the instrument cluster have a white background for a sporty aesthetic. Passengers sit high up in the vehicle, which might make ingress and egress difficult for some. Cargo space in the Xterra is on par for the segment. Behind the rear seats, the SUV has 44.5 cubic feet of room. In total, the Xterra offers 65.6 cubic feet of cargo space.

The four-cylinder engine is the most fuel-efficient, with an EPA-estimated rating of 17/23 mpg city/highway.

For a rugged SUV, the Xterra comes with a nice list of technology features. A four-speaker sound system, a CD player, a 12-volt rear outlet and cruise control are standard. Available features include an eight-speaker Rockford Fosgate audio system, two 12-volt power outlets and keyless entry. 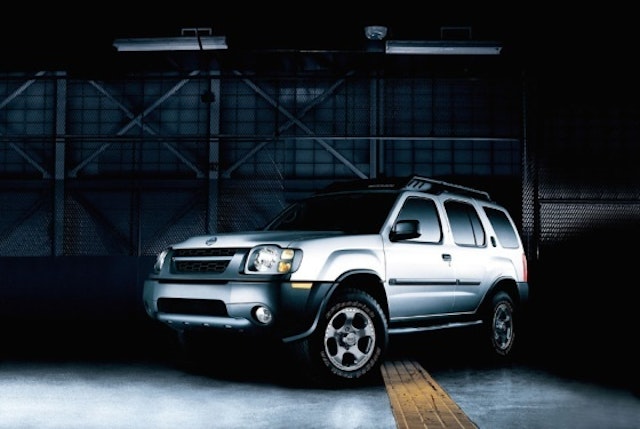 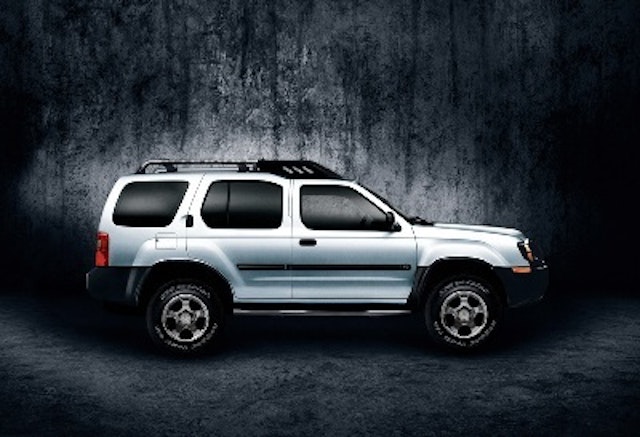 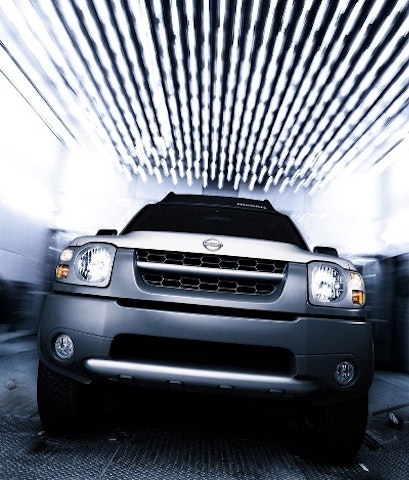 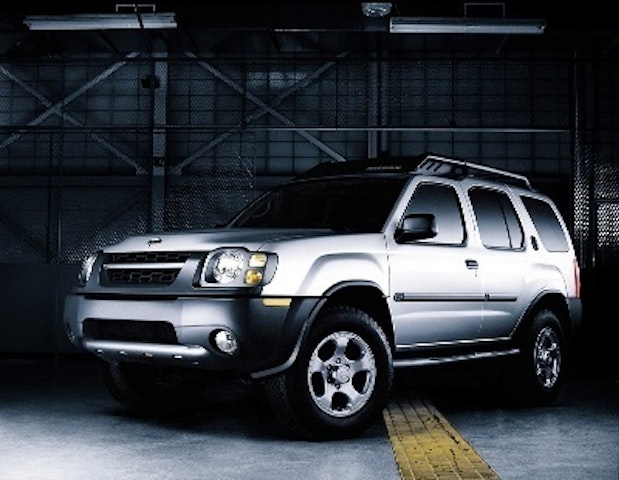 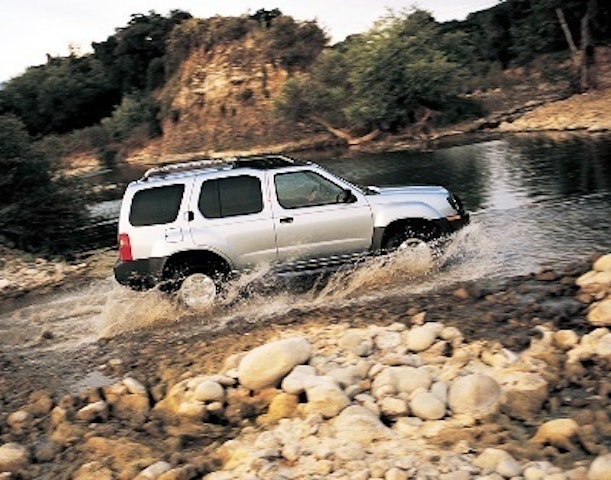 Country Road Warrior
"Wonderful truck with wide stance and 4 wheel drive. Power has always been there when I needed it. Looks great and feels great to drive. The cup holder layout needs work. The rear seats have next to no leg room. My biggest downer is the gas mileage, sticker says 17 but more like 12."
Read Less

2004 Nissan Xterra XE 4x4
"Not the best on gas but I knew that going in. Awesome power in 4 wheel drive. Not as bad as I thought on how it handled on hwy. Perfect design and sweet look to it. Get compliments all the time."
Interior

Pricy but worth it and Honda, Ford, and Toyota can't compete on price point with this exceptionally better equipped 4x4
Read Less

Super SUV
"This Nissan is so far the best vehicle I have driven, it has plenty of cargo space, and it's a 5 speed manual transmission, I can get myself out of bad situations With the other cars, especially on hiways. Like they say , "the tough keeps going". The only thing , i wish it would hold the road better around turns."
Interior

I been looking for a vehical, that's is like a car, front and back seats and also cargo space, to load and move (haul) anything I needed to.
Performance

Performance is good, except it could hold the road better.
Family

Yes, it's family friendly, but some passages complain it's hard to get into the back seats.
Cost

Its, very cost effective, easy on gasoline, maintenance is at a medium cost, . I bought it used , so I had to do some major repairs, but that's okay because, when I first saw it, I fell in love with the vehicle. And I get a lot of people complimenting the Nissan x terra. I think for the 5 speed.
Read Less

CARFAX offers millions of used cars for sale nationwide. Every listing includes the vehicle history. The data below is updated daily, based on used car inventory for sale on CARFAX.
2004 Nissan Xterra Deals on CARFAX
Percentage of 2004 Nissan Xterra for sale on CARFAX that are Great, Good, and Fair Value deals. Values are determined by whether the selling price is above, below, or the same as the history-based CARFAX Value.
Great Value
(10)
Good Value
(2)
Fair Value
(3)
No Badge
(7)
VEHICLE HISTORY SUMMARY
The Vehicle History Summary represents the percentage of cars available for sale on CARFAX that are reported to have no accidents or damage, had 1-owner, been used as a personal or personal lease car, and/or have service history information.