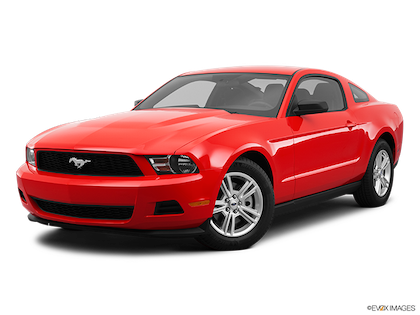 The 2012 Ford Mustang lives up to its iconic speed-demon reputation. The powerful pony car is fun to drive and easily matches or overtakes any of its muscle car rivals. The standard V6 engine revs like it’s ready to take on all-comers at the famed Watkins Glen racetrack and it could likely do just that, especially when equipped with an optional Boss 302 or Shelby GT 500 engine.

This Mustang is covered in futuristic yet retro styling, from its stockier appearance to the larger and more foreboding front grille emblazoned with the iconic left-facing pony logo.

The big news for 2012 Mustang is that Ford reintroduced its high-performance Boss 302 engine. Other changes include Sport, Comfort and Standard driving modes, a remote garage door opener and dual illuminated visor vanity mirrors.

The 2012 Ford Mustang’s exterior styling is based on the classic Mustangs of the past. The front grille, with the beloved pony emblem front and center, angles forward for an aggressive pose. The hood also has Ford’s power dome for more muscular styling and the Mustang’s rear quarters bulge out to give the car a lower, race-ready stance.

The 2012 Mustang features standard power sideview mirrors, HID headlamps and aluminum wheels. A rear spoiler, bodywork graphics, fog lights and a moonroof are among the options.

Like the exterior, the Mustang’s interior pays homage to its past but has plenty of modern touches. The style is all racing-centric with plentiful bright chrome and brushed aluminum trim. There is some solid plastic too, though. Although front seats are roomy, rear seats are best suited to children. The coupe has 13.4 cubic feet of cargo space. The convertible has 9.6 cubic feet.

The Mustang is all about power, precision handling and speed.

All 2012 Mustangs have a six-speed manual transmission. A six-speed automatic is optional on all but the Boss 302 models.

A performance package and numerous suspension, brake and stability upgrades are available. The EPA has estimated its fuel economy at 15-19 mpg in the city, depending on the engine, and 23-30 mpg on the highway.

Ford stuffed the 2012 Mustang with a lot of technology.

By Keith Griffin (Last Updated 1/28/2020)
Keith Griffin is a veteran automotive journalist based in central Connecticut. His work has appeared in the Boston Globe, Las Vegas Review-Journal, Ladies Home Journal, U.S. News & World Report, TorqueNews and About.com. He is a past president of the New England Motor Press Association. 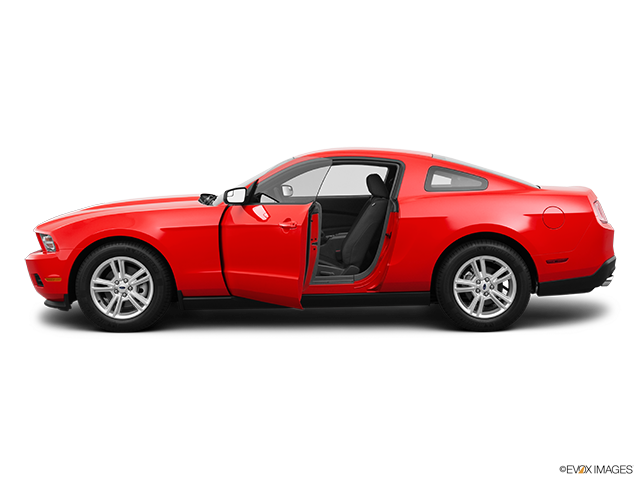 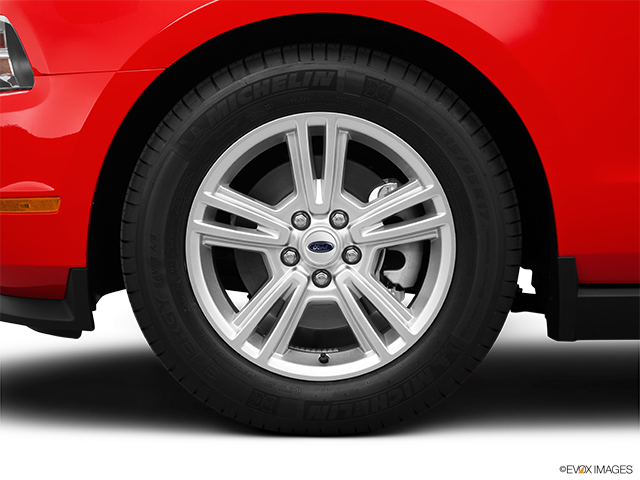 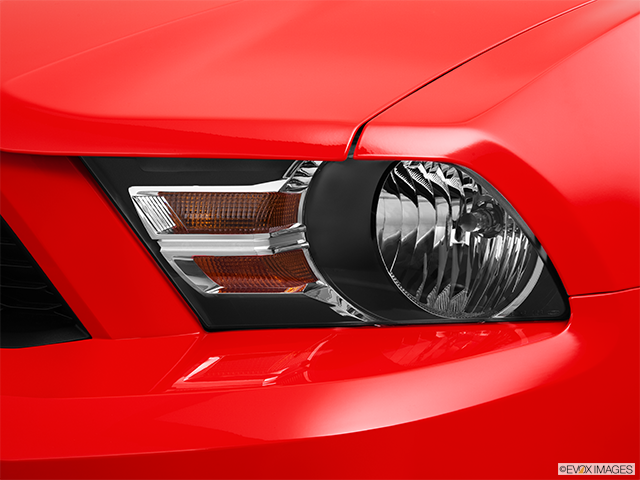 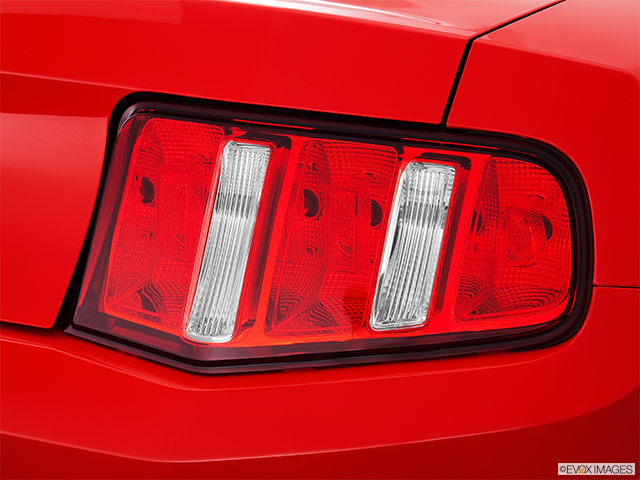 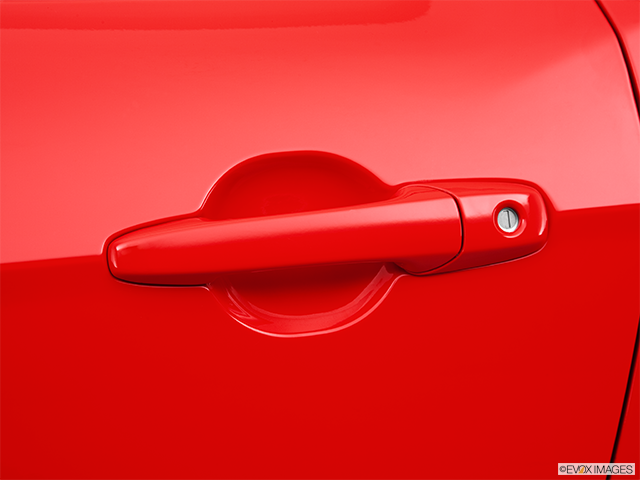 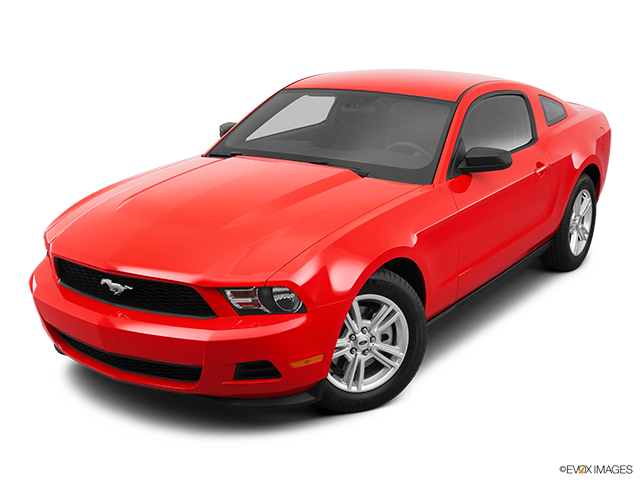 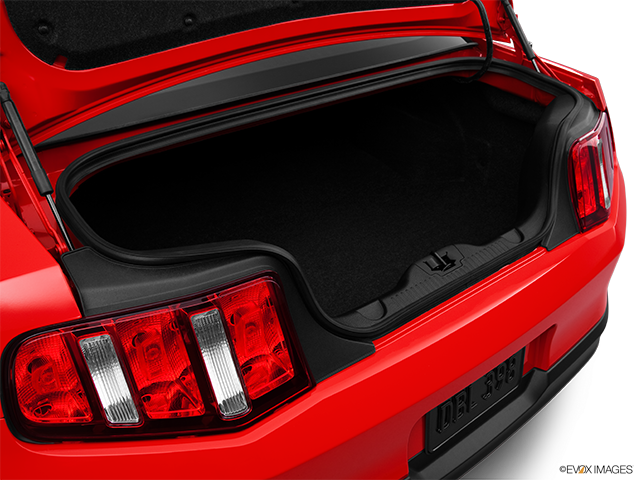 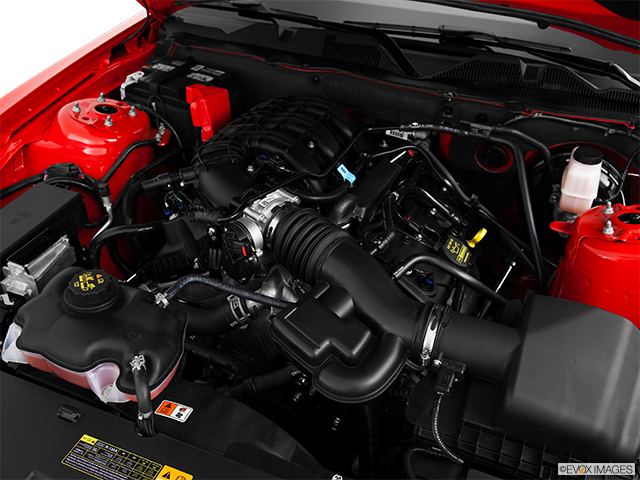 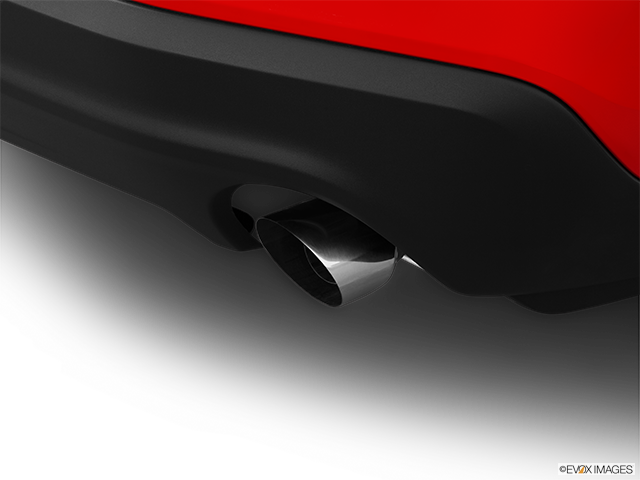 Empty Nestermobile
"This is a very nice little car. It is geared high, so it isn’t very quick off of the line, but it gets 30 mpg which is outstanding for a 305 hp V-6. I would have preferred the Premium trim with the better stereo, SYNC, gauges, leather, and power seats, but this was too good of a deal to pass up."
Interior

It is a base model with aftermarket leather seats.
Exterior

Good fuel mileage and lots of power for passing or merging onto the highway.
Family

Not much of a backseat, but our 14 year old fit back there.
Cost

Worth it
"The 2012 Mustang GT with 6 speed manual, was purchased with 55,000 miles on it. The previous owner did an exceptional job of taking care of it. It has a Roush cold air filter and axial back exhaust. He also put Brembo brakes in the front and Ford performance brakes in the rear. In short, Love the car. It drives and rides great "
Interior

What A Fast And Fun Car!
"I have had this car for about 14 months and it has been a blast. It's a 6sp (manual) and it's the first car I want to drive - even though I have an '18 GT with 10sp auto with just 2700 miles. The '12 feels more like what it is - a simpler and more raw muscle car. The Coyote engine never disappoints. You have a stay very aware of your surroundings when you nail it. Mine will break loose in 3rd gear. "
Read Less

CARFAX offers millions of used cars for sale nationwide. Every listing includes the vehicle history. The data below is updated daily, based on used car inventory for sale on CARFAX.
2012 Ford Mustang Deals on CARFAX
Percentage of 2012 Ford Mustang for sale on CARFAX that are Great, Good, and Fair Value deals. Values are determined by whether the selling price is above, below, or the same as the history-based CARFAX Value.
Great Value
(30)
Good Value
(46)
Fair Value
(51)
No Badge
(51)
VEHICLE HISTORY SUMMARY
The Vehicle History Summary represents the percentage of cars available for sale on CARFAX that are reported to have no accidents or damage, had 1-owner, been used as a personal or personal lease car, and/or have service history information. 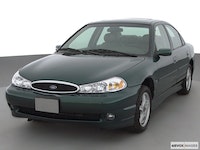 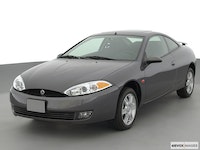