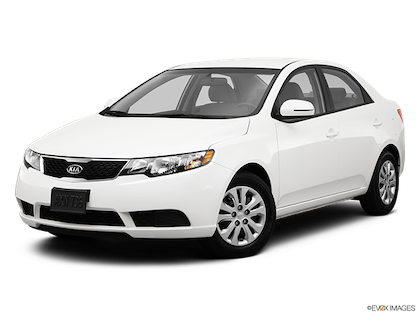 The compact 2013 Kia Forte seats five. It’s offered in coupe, sedan and hatchback body styles. The first setup is known as the Forte Koup. The last, aka the Forte 5-door, is a hatchback. Compact competitors such as the Chevrolet Cruze, Honda Civic and Toyota Corolla don’t offer five-door vehicles for 2013. One rival with a hatch from the same model year is the Ford Focus. You can further pick from LX, EX and SX trim levels for the Forte. A four-cylinder engine, a six-speed manual transmission and front-wheel drive are standard. Powertrain options include a more powerful four-cylinder engine and a six-speed automatic transmission.

Crisply sculpted sheet metal gives the 2013 Kia Forte a lean and hungry look that’s emphasized by a distinctly wedge-shaped profile. The sedan and coupe also have long, angled rooflines that create a cab-forward appearance. Both versions seem ready to slice their way through traffic. The hatchback adds a detailed liftgate design with triangle-shaped rear quarter windows.

Automatic halogen headlights, manually adjustable mirrors and 15-inch aluminum-alloy wheels are standard. The Forte offers options such as LED daytime running lights for the sedan and hatchback, along with LED taillights for the Koup. Other available features include fog lights, a power sunroof, power-adjustable power-folding mirrors and 17-inch aluminum-alloy wheels.

The focal point of the 2013 Forte’s cabin is the chunky metallic trim that gives a vertical shape to the center stack. It’s like designers mounted a futuristic pod of controls onto the overlapping surfaces of the molded dash. All body styles benefit from standard 60/40-split folding rear seats. The sedan and coupe have trunk capacities of 14.7 and 12.6 cubic feet, respectively. In the hatchback, there’s 19.4 cubic feet of storage behind the back seats.

With the standard powertrain, the Kia Forte provides fuel economy ratings of 25/34 mpg city/highway. Keeping the same engine and switching to the automatic transmission can raise the Forte’s EPA scores to 27/35 mpg city/highway.

A relatively peppy engine can keep you happy during most daily driving, and Kia soups up the Koup with a sport-tuned suspension in the SX trim.

The 2013 Forte provides an audio system with an AM/FM stereo, a CD player, satellite radio, Bluetooth, a USB port and an auxiliary input jack. You also can get tech options such as a rearview camera, a navigation system and a six-speaker sound system. 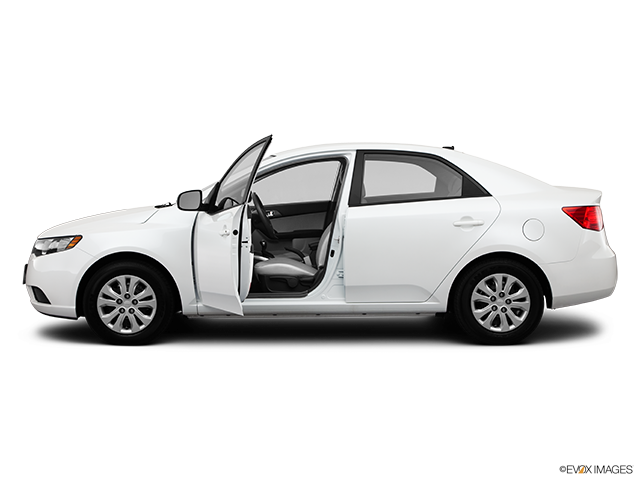 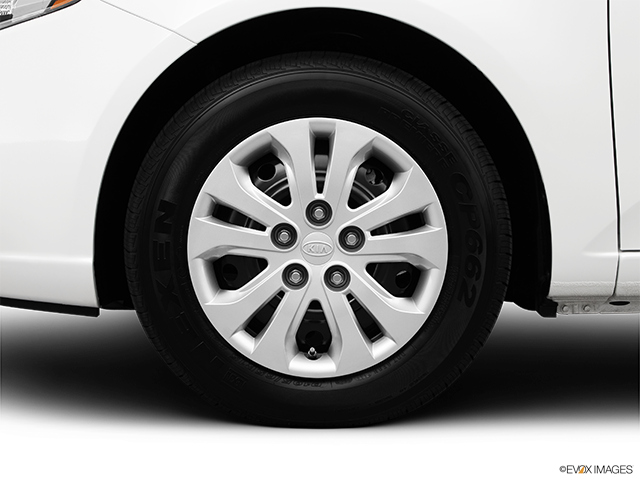 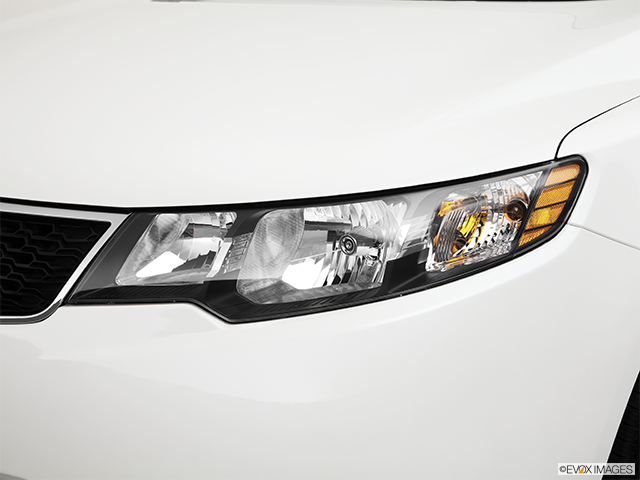 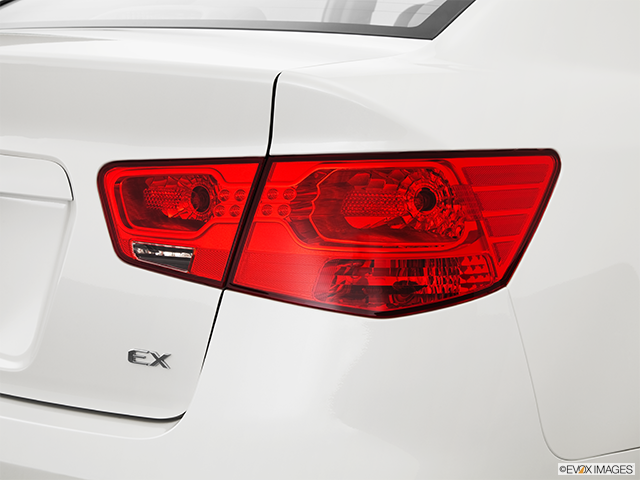 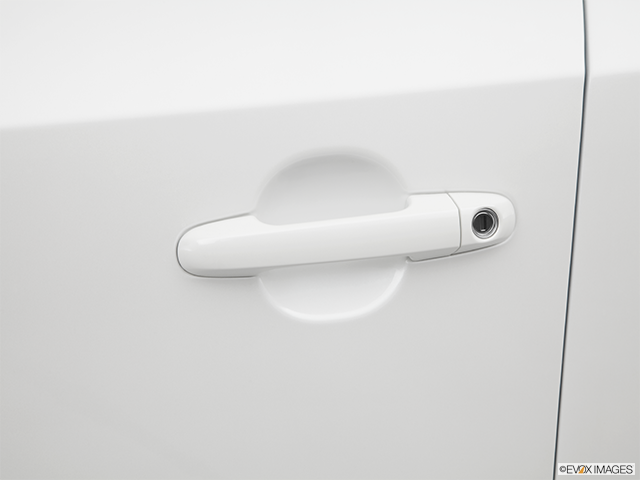 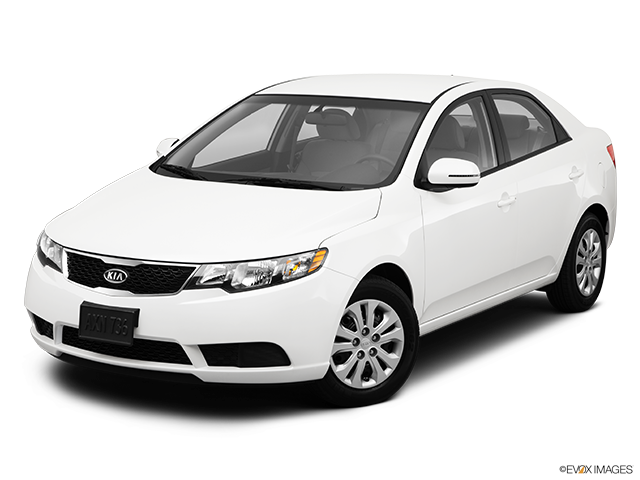 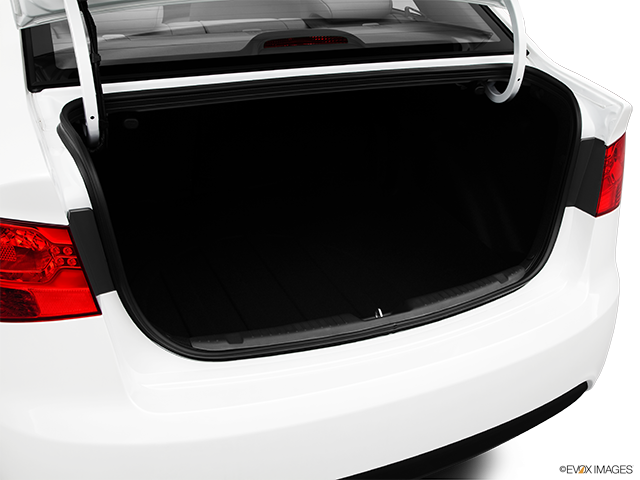 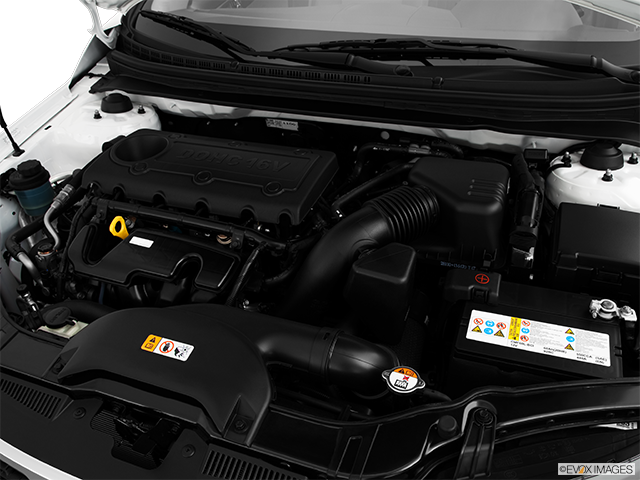 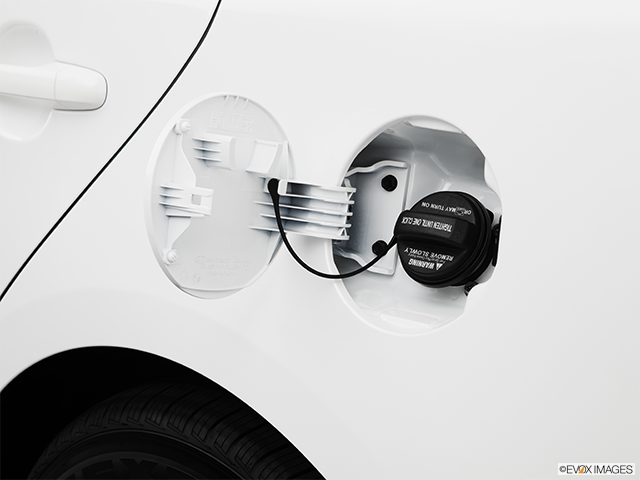 Easy to drive, excellent traction control, reliable, excellent everyday car
"I bought this car with 3500 miles as a demo vehicle but still new off the lot. It was last years model at the time &fully loaded when i purchased and I got a great deal. I have had this car for 6 years now and it has been great to drive (the SX trim with the semi-auto). Good visibility on the blind spots, back up camera is clear, responsive pedals. I can make tight maneuvers and drive in bad weather with no issue. I live in Jersey and we get all four seasons. Once made it home in this thing during a blizzard and only got stuck once and managed to get out of it on its own. For a little hatchback it can certainly hold its own among the sports cars during highway driving. The cargo space is ample with the hatch, roomy backseats, overall the car has maintained much of its initial quality in its materials. I will say that I ran into an issue three years in where I was driving home from work in the heat and the engine completely died at an intersection. The whole car locked up and I couldn’t do a thing. I was able to get it pushed onto a side street and found out it needed a new engine AND transmission only 3 years into its life. I was lucky enough it was under warranty or I may not have this car still. Also, the radio signal does not come in when it is cold some days, but the stereo/Bluetooth was unaffected by the cold. The radio was, for some reason. Once before the transmission was replaced, the car went into gear “I” that was an interesting one. So there are some issues and obviously an engine and transmission is a major thing, however I don’t see it happening to every Kia, and I was a teen driver and my friends and I were putting heavy miles on the car in a short period of time, so it could be blamed on that. Other than that disaster a few years back, the car has been running great for 3 years since. I have thoroughly enjoyed this as my first commuter car, my first car in general. "
Interior

Best Little Car
"All controls on steering wheel is awesome. Blue Tooth should be required in all vehicles. I just push the button on the steering wheel, talk on my phone, no hands required. Radio shuts off by itself, hands free, I love it. Buy a KIA, any model should satisfy you. their new SUV's should impress you."
Interior

Color was good, and upholstry is easy to clean. The front floor mats have a clip on feature, it keeps the mats from pushing, and getting under the gas, and brake pedal.
Exterior

Great, still looks like the day I bought it. I use wash, and wax to clean it, and it always looks clean, and shiny.
Performance

If you need to get out of your own way, this is the little car to do it. My Grandson is really impressed with the power this little car has, my daughter also dives it a lot. She wants a KIA SUV.
Family

This car is small, but a family of four would work nicely. A family of five could work, but a little snug. Still a great little family car.
Cost

My son-in-law used my car for a few days for work, and he asked me if I ever had to put gas in it. Well, I do, but it gets great gas milage, and goes a long way, between fill ups. I just make sure I get oil changed every 3000 miles, and get it lubed. I have not had any major issues yet, and I just turned over 65,000 miles.
Read Less

CARFAX offers millions of used cars for sale nationwide. Every listing includes the vehicle history. The data below is updated daily, based on used car inventory for sale on CARFAX.
2013 Kia Forte Deals on CARFAX
Percentage of 2013 Kia Forte for sale on CARFAX that are Great, Good, and Fair Value deals. Values are determined by whether the selling price is above, below, or the same as the history-based CARFAX Value.
Great Value
(34)
Good Value
(24)
Fair Value
(21)
No Badge
(16)
VEHICLE HISTORY SUMMARY
The Vehicle History Summary represents the percentage of cars available for sale on CARFAX that are reported to have no accidents or damage, had 1-owner, been used as a personal or personal lease car, and/or have service history information.