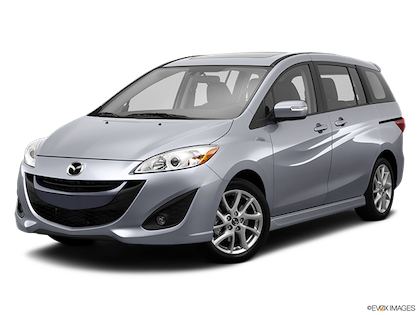 If you’re interested in a minivan that’s actually worthy of the moniker, you should check out the Mazda Mazda5. It combines a versatile three-row cabin and sliding side doors, but with a much smaller footprint than the usual suspects. The result is a vehicle that’s both practical and fun to drive.

The 2014 Mazda Mazda5 carries over unchanged from last year.

The 2014 Mazda Mazda5 is almost 2 feet shorter than a typical minivan such as the Dodge Grand Caravan. The Mazda also wears a more expressive design. The highlights are the artistic lines along the vehicle’s sides. Some seem to be carved by flowing water for a natural look. Mazda also reminds you of the aggressive air-management features of a sports car with the Mazda5’s large grille opening and matching fog-light pockets.

There’s a cockpit-like appearance to the Mazda5’s dashboard. From the pilot’s seat, you’ve got easy access to prominent instrument panel gauges, a digital readout on top of the dash and a variety of dials, knobs and buttons on the flush-mounted center stack. The Mazda5 also is equipped with two individual folding second-row seats and 50/50-split folding rear seats. You’ll have 44.4 cubic feet of cargo capacity with the third row folded. When the last row is in use, there’s more legroom than in the third row of a Toyota Highlander SUV.

Standard features include cloth upholstery, a driver’s seat with a manual height adjuster, automatic climate control, power accessories, keyless entry, a fold-out table for the second row, a tilt-and-telescoping steering column and a steering wheel with built-in audio and cruise controls. The Mazda5 is available with leather-trimmed upholstery, heated front seats and a leather-wrapped steering wheel.

The 2014 Mazda5 relies on a standard 2.5-liter four-cylinder engine and front-wheel drive. The powerplant makes 157 horsepower and 163 pound-feet of torque. The Mazda5 Sport features a standard six-speed manual transmission and offers a five-speed automatic as an option. The automatic is standard for the Mazda5 Touring and Grand Touring models. The Mazda5 is the Miata of the minivan set, with relatively nimble handling that keeps you engaged behind the wheel.

The fuel economy ratings are the same 21/28 mpg city/highway with either transmission.

The Mazda5 has a standard six-speaker audio system with an AM/FM stereo, CD player, USB port and an auxiliary input jack. Satellite radio is optional. 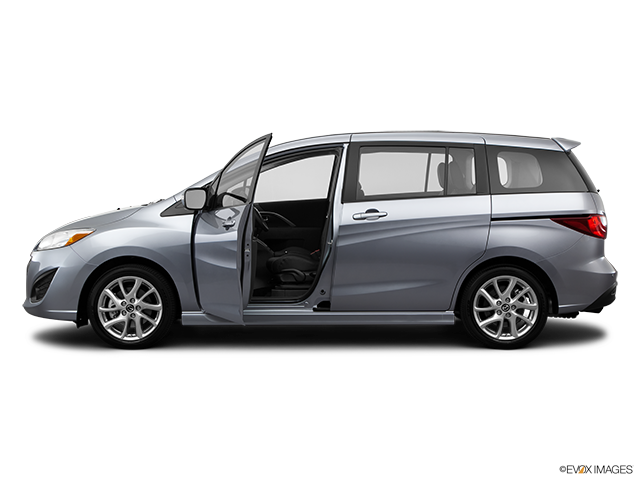 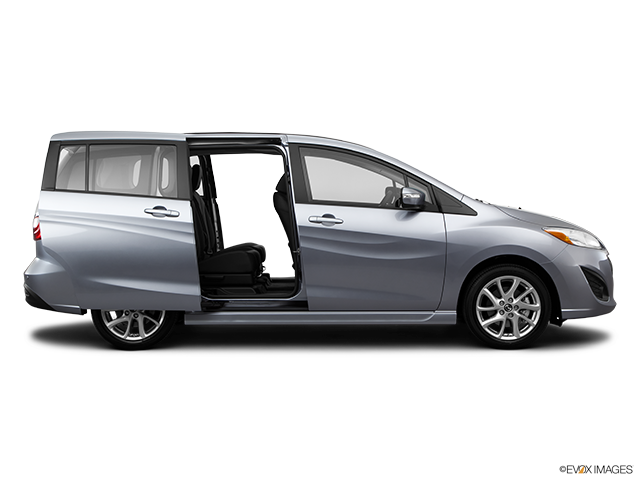 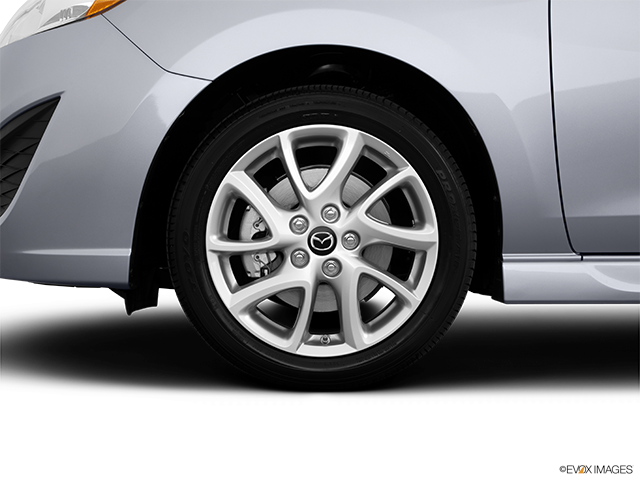 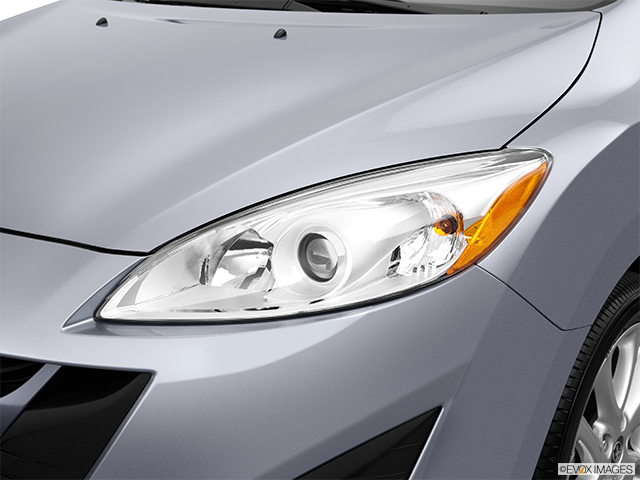 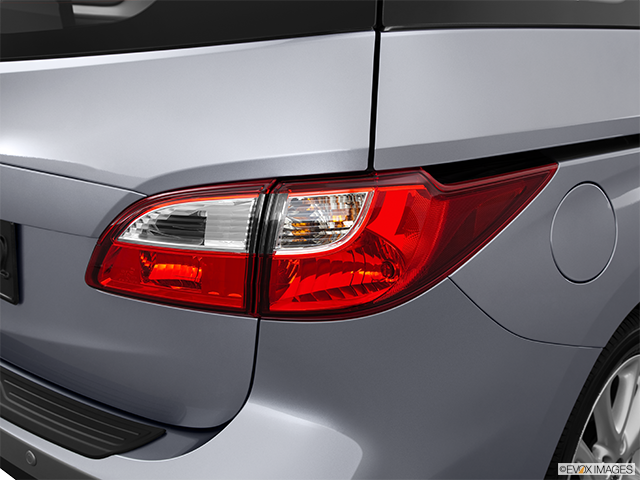 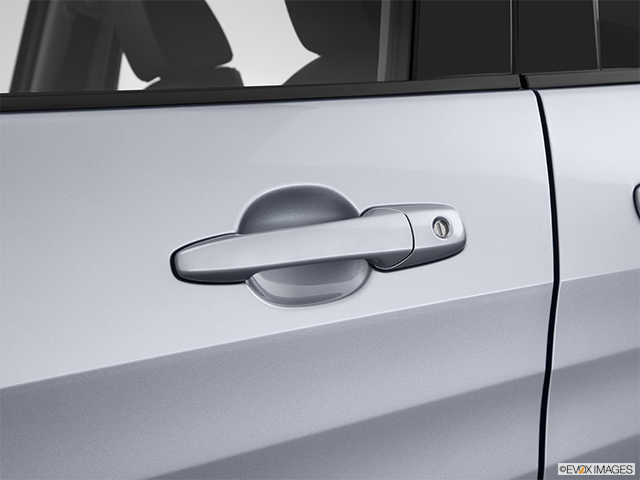 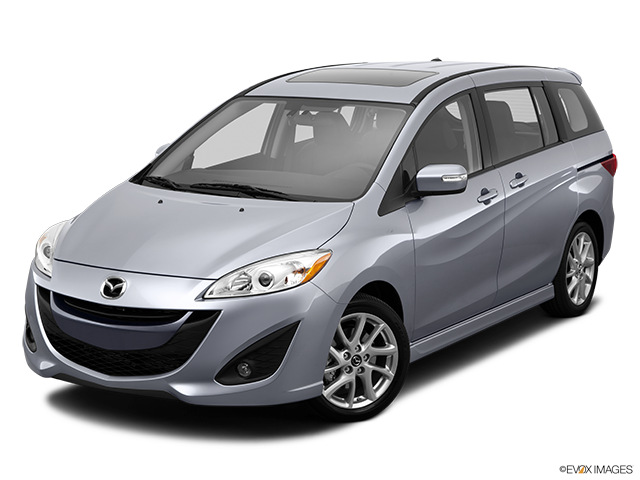 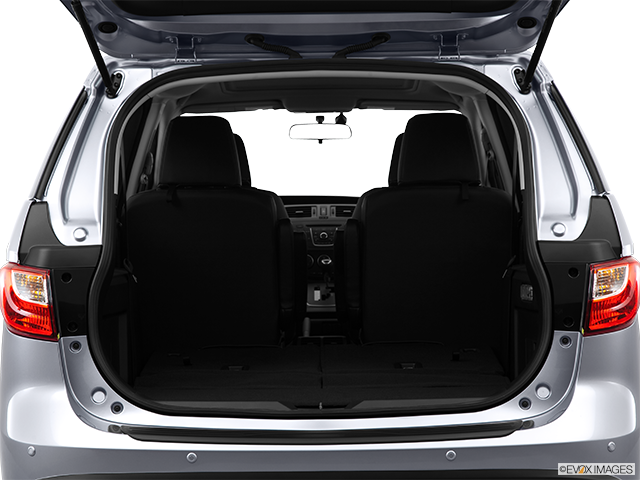 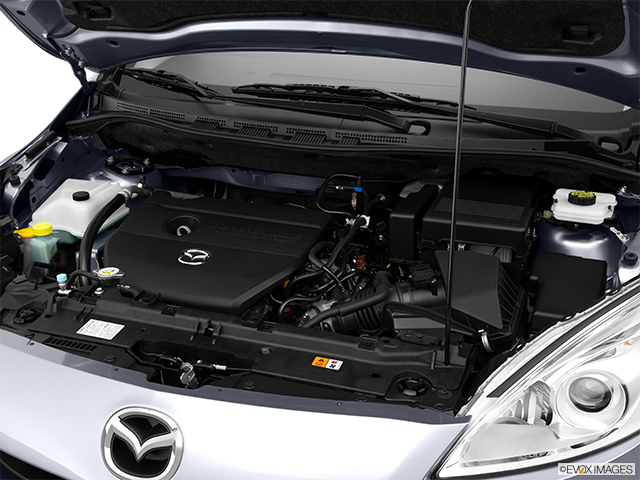 The 2014 Mazda Mazda5 has not been tested

Great car for my son
"When my son's Subaru Outback began a systematic death - one failing part after another - he needed a car that fit his load-and-go lifestyle. This Mazda5 base was perfect. Well equipped for an entry level car, it has the great handling typical of all Mazdas. He was shocked by the high low end torque of the 2.5 I4 and 5-speed automatic and accidentally barked the tires during the test drives. Those who bemoan its lack of power are obviously trying to make it into a minivan. It's not. It's a utility hauler for someone who isn't seeking to go offroad but wants to be able to do a lot on average paved roads. He's hauling his kayak, musical instruments, and the high school band kids (he volunteers with) everywhere in this car. The Mazda5 is perfect for his needs."
Interior

Comfortable seats and well finished. Surfaces are hard plastic but suit the purpose of the car very well. I wish there were other color choices but basic black is ubiquitous these days.
Exterior

Nicely finished. No bells and whistles on an entry level car like this.
Performance

CARFAX offers millions of used cars for sale nationwide. Every listing includes the vehicle history. The data below is updated daily, based on used car inventory for sale on CARFAX.
2014 Mazda Mazda5 Deals on CARFAX
Percentage of 2014 Mazda Mazda5 for sale on CARFAX that are Great, Good, and Fair Value deals. Values are determined by whether the selling price is above, below, or the same as the history-based CARFAX Value.
Great Value
(10)
Good Value
(8)
Fair Value
(4)
No Badge
(6)
VEHICLE HISTORY SUMMARY
The Vehicle History Summary represents the percentage of cars available for sale on CARFAX that are reported to have no accidents or damage, had 1-owner, been used as a personal or personal lease car, and/or have service history information. 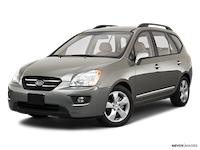