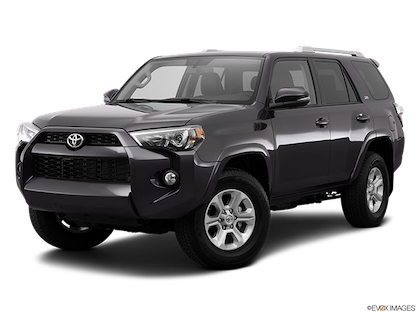 The 2014 Toyota 4Runner is a top choice for buyers looking to safely transport cargo and families across rough terrain.

For years, the Toyota 4Runner has been the choice for a smaller SUV capable of hitting the trails and the soccer fields.

For years, the Toyota 4Runner has a simplistic box-like design. This has worked well for enthusiasts who do extensive modifications. However, the 2014 model year brings some exterior updates to the 4Runner, which include new headlights and updated exterior styling.

The 2014 4Runner’s interior offers spacious front seats and controls that fall close at hand for the driver and front passenger. Those controls include large knobs that make it easy to adjust audio and climate settings.

The driving position is fairly truck-like, and the seats aren’t quite as plush as what you’ll find in some competing SUVs. The 4Runner seats five, or seven when equipped with an optional third row. Cargo space is good for a midsize SUV, with 47 cubic feet of space behind the second row. Maximum cargo space is 89.7 cubic feet with the second row folded.

The 2014 Toyota 4Runner comes standard with a 4.0-liter V6 engine that produces 270 horsepower and 278 pound-feet of torque. It is mated to a five-speed automatic transmission. Rear-wheel drive is standard, while part-time and full-time four-wheel drive systems are optional. When properly equipped, the 2014 4Runner can tow up to 4,700 pounds.

The EPA reports that the rear-wheel drive 4Runner gets 17/22 mpg city/highway. Four-wheel drive models get 17/21 mpg.

With the generous amount of off-road features and its truck-like body-on-frame construction, EPA fuel economy estimates are understandably not a big highlight of the 4Runner.

Additionally, the 2014 4Runner received a top score of “Good” four out of five test performed by the Insurance Institute for Highway Safety (IIHS). The only exception was the IIHS’ small-overlap front crash test, where the 4Runner received the second-lowest score of “Marginal.”

All 4Runner models come standard with a rearview camera.

The midsize SUVs market is dominated by crossovers. As a result, few competitors offer the off-road capability that you’ll get with the 2014 Toyota 4Runner.

With a starting price of $32,820, the 2014 Toyota 4Runner costs more than the base Jeep Grand Cherokee ($29,495), and it doesn’t have the same level of interior refinement that you’ll get with the Jeep. The Grand Cherokee is just as capable off-road, and it’s available with V8 and turbodiesel V6 engine choices that you can’t get with the 4Runner.

If you don’t need the 4Runner’s rugged four-wheel drive system and want a more car-like ride, the Toyota Highlander is also a viable alternative. Starting at $29,215, the Highlander costs a bit less than the base 4Runner, and it offers three rows of seats as standard equipment.

Still, Toyota’s reputation for reliability and strong resale values should make the 2014 4Runner a smart buy within the segment.

With most competitors abandoning the body-on-frame SUV market, the Toyota 4Runner remains as a throwback to what the segment used to be. Toyota has kept its off-road prowess intact and if you are looking for a capable SUV, it is hard to go wrong with the 2014 Toyota 4Runner. 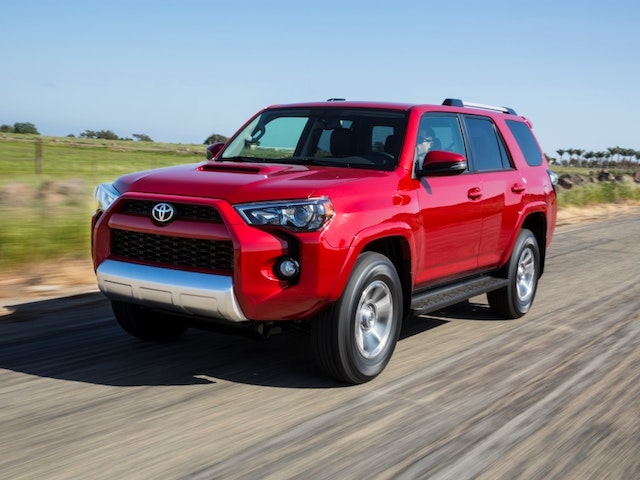 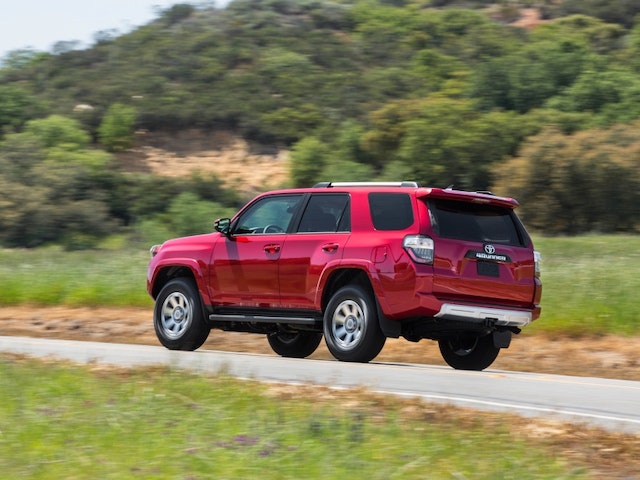 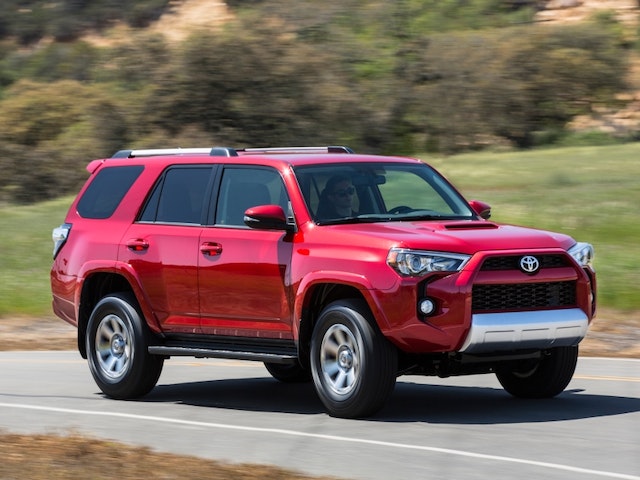 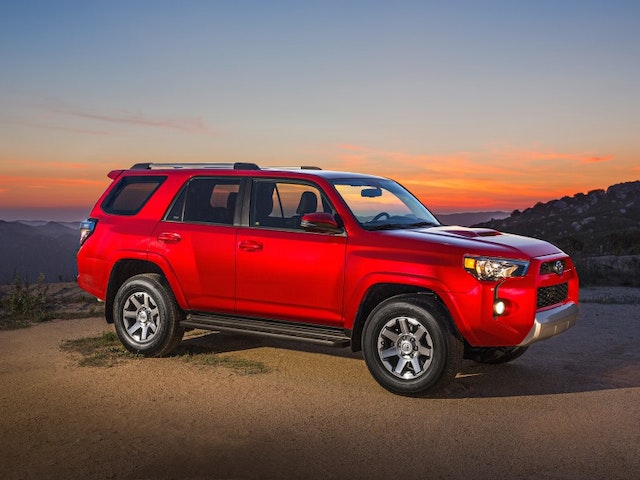 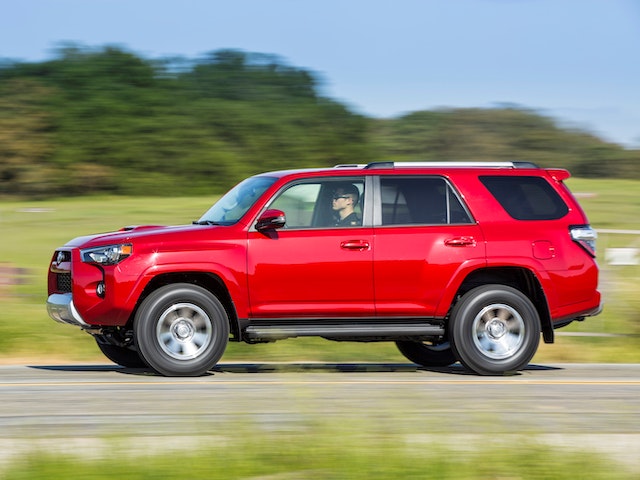 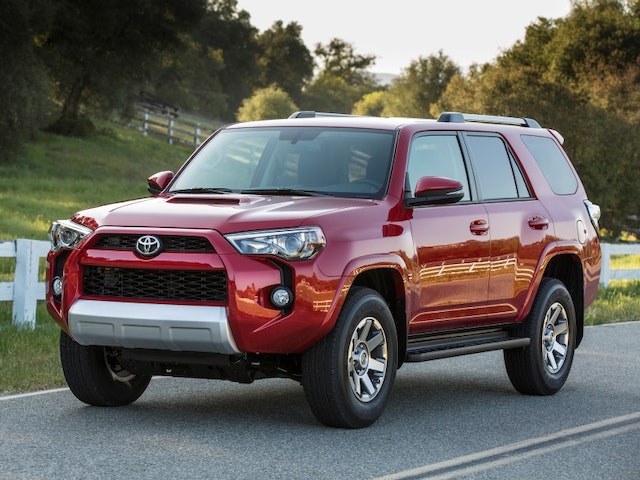 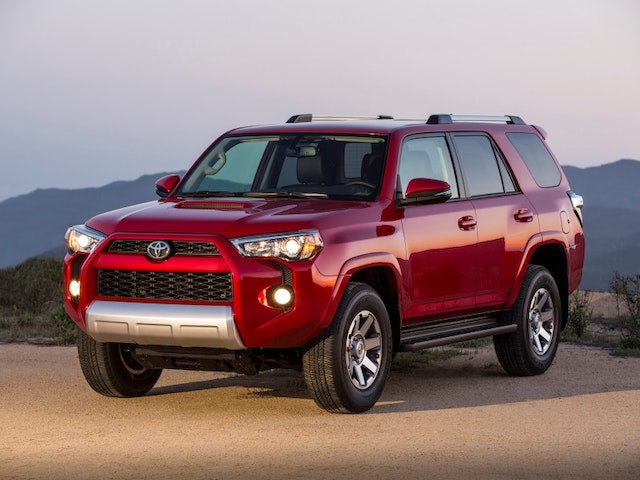 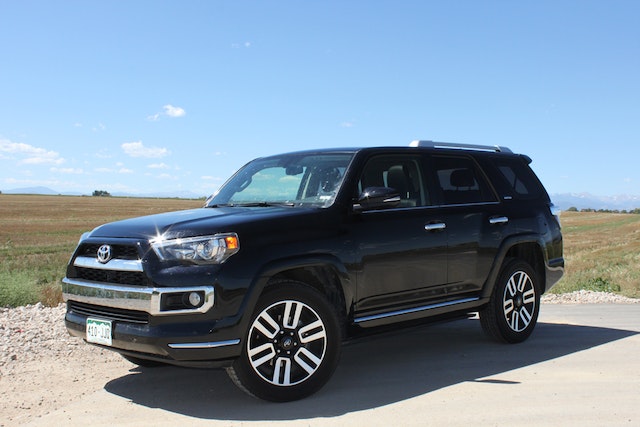 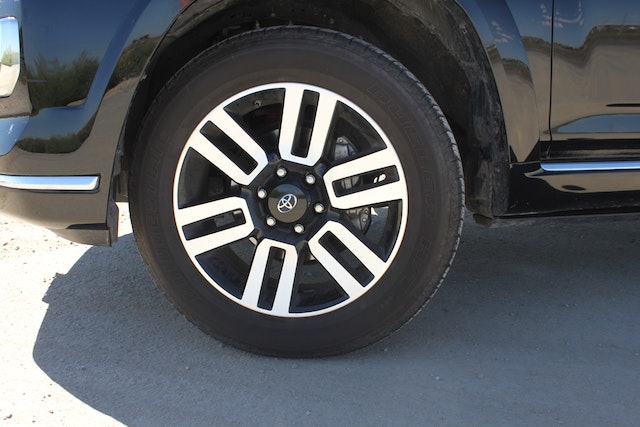 It continues to shine!
Performance

Longevity, this is a vehicle built to last! Plenty of power from the 6 cylinder engine. It does bog down a bit pulling a camper uphill.
Family

Maintenance cost is minimal, and no repairs have been needed.
Read Less

4Runner
"This is my second 4Runner and I couldn’t be happier with them. The 4Runner is the most popular model, I would recommend the Sport Edition unless you like all the features then I recommend the Limited Model. Ride is comfortable and gas mileage is very reasonable."
Interior

The layout has all the controls within easy reach.
Exterior

The new design is pleasing to look at and the paint finish is top notch.
Performance

Gas mileage is very reasonable. Going from the V8 to the V6 I thought I would notice a difference in performance but I didn’t. The ride is very comfortable.
Family

We travel with five dogs (Yorkies) and they ride in special dog beds retained in place by seat belts, while the dogs are tethered to the seat belt.
Cost

As stated the fuel mileage is very reasonable, and repairs have just been normal maintenance. No problems at all with the drive train.
Read Less

CARFAX offers millions of used cars for sale nationwide. Every listing includes the vehicle history. The data below is updated daily, based on used car inventory for sale on CARFAX.
2014 Toyota 4Runner Deals on CARFAX
Percentage of 2014 Toyota 4Runner for sale on CARFAX that are Great, Good, and Fair Value deals. Values are determined by whether the selling price is above, below, or the same as the history-based CARFAX Value.
Great Value
(35)
Good Value
(53)
Fair Value
(78)
No Badge
(69)
VEHICLE HISTORY SUMMARY
The Vehicle History Summary represents the percentage of cars available for sale on CARFAX that are reported to have no accidents or damage, had 1-owner, been used as a personal or personal lease car, and/or have service history information.