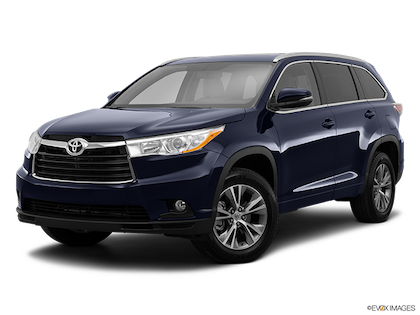 Fully redesigned for 2014, the Highlander is improved inside and out to be family friendly.

As one of the oldest crossovers in the segment, the 2014 Toyota Highlander is often the benchmark against which others are compared. For 2014, the Highlander sees a huge amount of interior improvement for ergonomics and family friendliness as well as overall versatility.

The Highlander is a three-row crossover that retains a sport utility appearance for the exterior, softened by rounded crossover edges.

The 2014 Highlander rides well and has several kid-friendly features such as built-in rear window shades, a DVD player option and more.

Parents will appreciate the rear glass opening, which allows you to stow items in the back without opening the hatch. There’s also the easy fold-flat third row and other options. Storage cubbies and smartphone storage and plug-in options are also well-considered.

Two engine options for the 2014 Highlander are available, including a 2.7-liter four-cylinder (185 horsepower) and a 3.5-liter V6 (270 horsepower). Both utilize a six-speed automatic transmission. The four-cylinder engine is standard on the front-wheel drive Highlander. Fuel economy is 22 mpg combined in this engine.

The larger V6 is optional on all but the base level trim and standard on all-wheel drive models. The V6 also holds the best value retention for the Highlander at resale, and allows it to tow up to 5,000 pounds.

On the road, the 2014 Highlander is a smooth, easy drive, though maneuverability is cumbersome given the crossover’s size.

The base level Highlander LE has an impressive amount of technology, which includes automatic headlights, heated exterior mirrors, a height-adjustable driver’s seat, Bluetooth and a 6.1-inch center touch screen with six-speaker stereo. From there, other trim levels add on.

The infotainment system in the 2014 Highlander, however, is still encumbered by the Toyota user interface with its clunky controls and somewhat confusing menu system. Satellite radio listeners, for example, will have trouble tuning to specific stations with less than half a dozen button presses.

The Highlander comes standard with many safety features and plenty of active and passive options. The Limited trim level has blind spot monitoring with rear cross-traffic alert and an optional package adds forward collision warning and mitigation.

The Highlander is often pricier than rivals in its segment, but offsets this with Toyota’s reputation for reliability and higher value retention over time. Used car values for the Highlander are highest in its class, for example. Fuel economy is better than average with the larger V6 engine option. Some rivals, notably the Hyundai Santa Fe, are a bit more cost-conscious, however, and may be a better value for the buyer concerned primarily with dollars and cents.

Few will find fault with the 2014 Highlander, however, and it is a good buy for the majority of shoppers in need of a midsize crossover with people and cargo hauling capability.

The 2014 Toyota Highlander is a third-generation redesign of the crossover that began the midsize crossover market. It’s a top seller and top pick in the class and has many features that will appeal to buyers on many levels. In our opinion, the Highlander is one of the best on the ever-growing list of three-row crossovers. 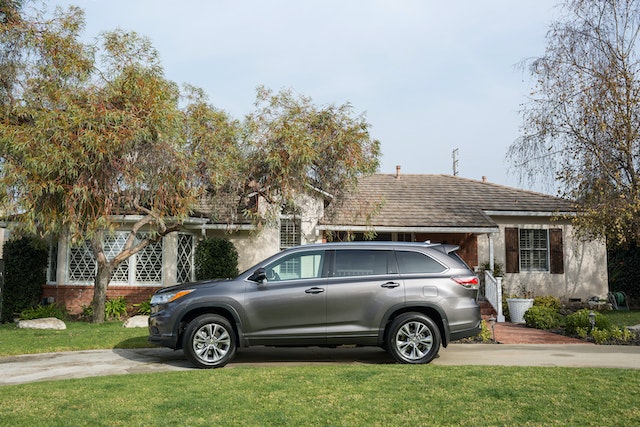 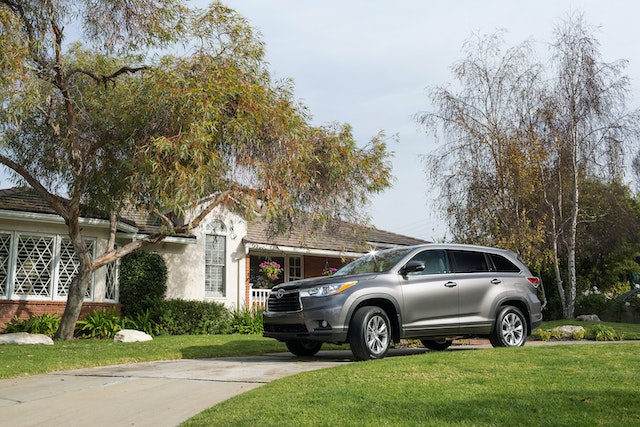 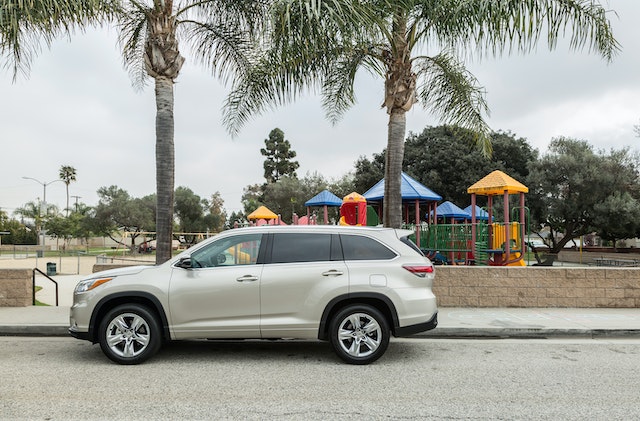 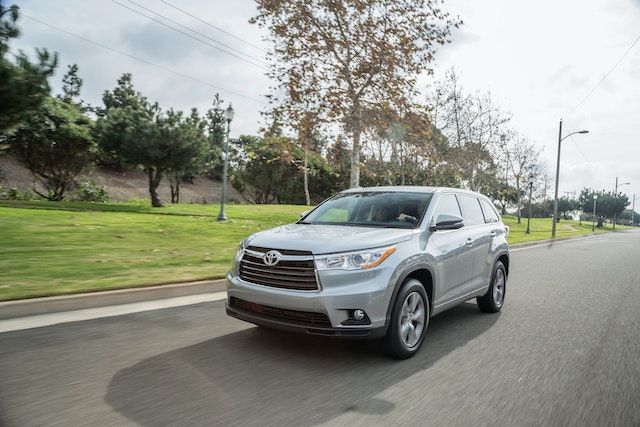 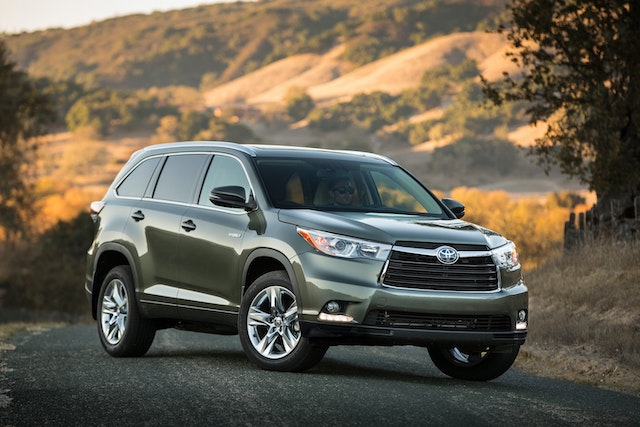 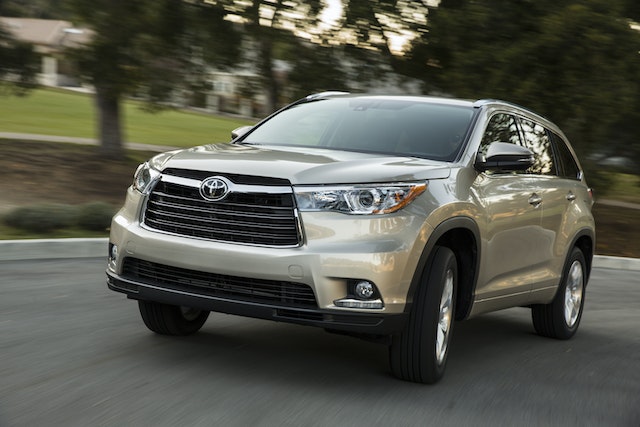 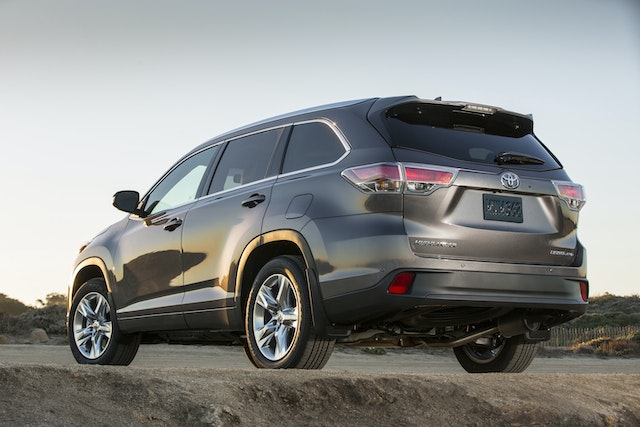 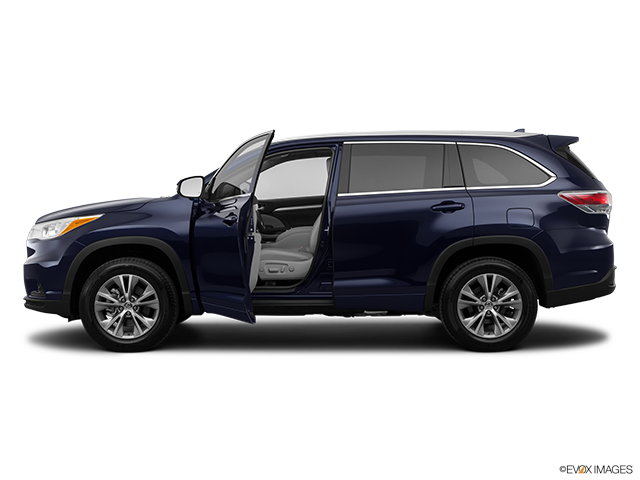 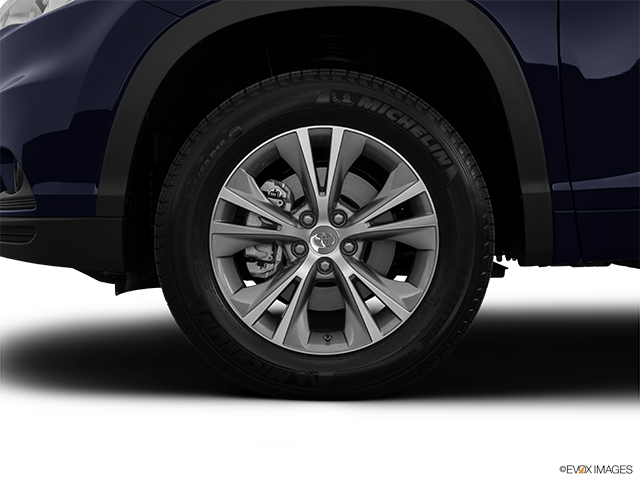 My last car?
"Perfect SUV for my necesities, has worked flawlessly and has aged without any concerning issues. "
Interior

Front buckets require a different approach for passenger, you feel you are seated higher. The cover for the seat side airbag breaks easily.
Exterior

Has kept its appeal over the years.
Performance

As expected for this engine/transmission. V6/auto
Family

No repairs needed except for battery.
Read Less

love it
"We love our Highlander Hybrid. Great mileage in town and if we don't drive like a bat out of hell on highway; great gas mileage on road as well. "
Interior

Highlander XLE Revew
"The SUV was great deal. Toyota's are well know to be safe and reliable. This one is no different. There were some door dings and a few scratches but nothing unexpected from a 6 year old vehicle. Overall, I'm very satisfied and the Carfax report put my mind at ease."
Interior

The interior was in good shape. No issues with the leather seats and steering wheel. The side panel has a bubble which we'll have to address in the future
Exterior

It's in good shape for its age. There are a handful of door dings that need to be pulled out but nothing major.
Performance

The Highlander is not a high performance SUV, but in my mind safety a and reliability were the key components I was looking for because the vehicle is for my teenage son.
Family

The Highlander is a great option because it's safe, sturdy, and reliable. Technology options are good, not great. There's plenty of room inside for friends and my son's sports equipment.The only safety features missing are the lane/blind spot notification and the breaking function if someone stops abruptly in front you. Outside of that, it checks all the boxes.
Cost

I bought the Highlander from an individual so the price point was excellent. Gas mileage is decent, not great. However, the overall size/safety, price, and reliability fit perfectly with what we were searching for.
Read Less

Great SUV
"Toyota Highlander and it's been the most comfortable and reliable vehicles I've ever owned."
Interior

Beautiful vehicle...beware water leaking from roof drains
"This is a wonderful vehicle with excellent performance and very low road noise. The rear window is quite small and the tinted side windows took me a bit to get used to; however, the Blind Spot Mirror sensor and the Back-up Camera and sensor work very well. The roof drains can be problematic; I would check the headliner for any staining and the floor/trunk for any signs of previous moisture intrusion. If the roof drains have never been "serviced" (cleaned and checked for kinks by removing the roof rails) that should be done."
Interior

Both perforated leather front seats are heated and air cooled, as well as the second row. The heated steering wheel works very well and is a welcome feature already this fall.
Exterior

Exterior is beautiful; sensors work well to detect other close vehicles for Lane departure, Blind-spot mirror, and Back-up camera. The drainage system for the panoramic roof however has been problematic. Apparently this is an issue for many owners, we have learned by searching the web, and have taken it in to be serviced by an auto glass shop.
Performance

This vehicle has a lot of power while also driving quite smoothly and quiet without being too "soft".
Family

At the used price it has held its value and, as long as the moisture issues are resolved, is worth the money.
Read Less

Enough room between the front seats to put my purse and not take up the passenger seat. Passenger seat could use a few more adjustable positions.
Exterior

Not too big, not too small. Just right
Performance

Wish it were a little heavier
Family

Lots of leg room in the front and back rows. Third row a little tight, but fine for my size family. (5)
Cost

Bought it from an individual. Don't know that I'll ever buy from a dealer again. Too many additional fees. And you potentially end up financing the sales tax.
Read Less

Best mid-size SUV
"We have this car since 2015 january. I have LE 4 cyl. one. And its almost 44k and we drove long trip in this like NJ to FL , IL , TX , GA , Canada. Its a fun car and best fuel efficient suv. Just change tires in these years and regular services."
Interior

A little bit over price for mid size
Read Less

So comfortable> > > >
"Love this vehicle not too big and not to small! Very comfortable ride and handles very well. Good pick up and go and very roomy. Only have had it one month but I think it will last me 20+ years like my last SUV, a Honda Passport. Seems to get good gas mileage as well and a lot of great features like stereo system, I phone hookup and a/c in back as well with adjustable temperatures. Great for Florida!"
Interior

Love the cloth seats with leather on edges. And the color is great keeps interior cool.
Exterior

NIce gray color with a hint of sepia brown with sparkle.
Performance

So far so good. Seems to have good acceleration and handles the road well.
Family

We are a dog family and they love riding in the back with 3rd and 2nd rows down. Gives them lots of room!
Cost

Have only had it a month so will find out down the road. So far I've only filled it once and have driven quite a bit.
Read Less

"Probably would NOT buy it again. Rides like a station wagon on stilts (poor handing). Poor driver leg room. Keykess entry a joke (won't honk horn when locking/unlocking, and has a really hard to hear confirmation beep, so you can't. "
Read Less

CARFAX offers millions of used cars for sale nationwide. Every listing includes the vehicle history. The data below is updated daily, based on used car inventory for sale on CARFAX.
2014 Toyota Highlander Deals on CARFAX
Percentage of 2014 Toyota Highlander for sale on CARFAX that are Great, Good, and Fair Value deals. Values are determined by whether the selling price is above, below, or the same as the history-based CARFAX Value.
Great Value
(33)
Good Value
(62)
Fair Value
(103)
No Badge
(101)
VEHICLE HISTORY SUMMARY
The Vehicle History Summary represents the percentage of cars available for sale on CARFAX that are reported to have no accidents or damage, had 1-owner, been used as a personal or personal lease car, and/or have service history information. 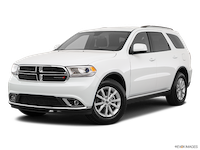 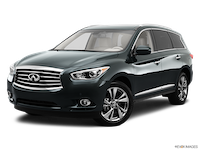