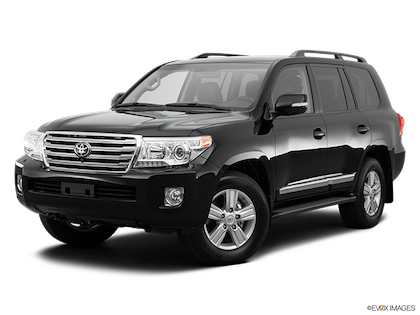 The Toyota Land Cruiser is an unusual beast. On the one hand, it comes from a brand best known for mainstream cars and crossovers. But that’s something you’d never guess from its richly appointed cabin or its rugged off-road capability. Those benefits mean the Land Cruiser can take on high-end rivals such as the Land Rover Range Rover and Lexus LX.

A midsize SUV, the 2014 Toyota Land Cruiser rides on the same kind of ladder frame as a pickup truck. Toyota’s tough SUV offers three rows of seating with room for eight people. The Land Cruiser’s single trim level has a V8 engine, a six-speed automatic transmission and four-wheel drive.

There are no changes for the 2014 Land Cruiser.

Large fenders emphasize the 2014 Toyota Land Cruiser’s brawny design. The ones over the rear wheels are so big that Toyota had to incorporate the back-door handles into them. At the same time, the body seems to hunker down between the fenders so that overall, the Land Cruiser looks like a powerful animal on the move. Toyota provides 8.9 inches of ground clearance so it can climb over obstacles on the trail.

Toyota gives the Land Cruiser an understated dashboard with a broad, high-tech center stack. There, the infotainment display and controls are flanked by smooth trim that also incorporates the center climate vents. It’s as if a futuristic computer kiosk were mounted in front of the dash. The standard 40/20/40-split second-row seats fold and tumble to create extra cargo space, and the standard third-row seats have a 50/50-split folding capability. The Land Cruiser provides 16.1 cubic feet of storage behind the third row, 43 behind the second and 81.7 with the second- and third-row seats folded.

The standard powertrain for the 2014 Toyota Land Cruiser has a 5.7-liter V8 with 381 horsepower and 401 pound-feet of torque. That engine is paired with a six-speed automatic transmission and full-time four-wheel drive. Also standard are a Kinetic Dynamic Suspension system and five-speed crawl control. The former manages resistance in the front and rear stabilizer bars to maintain confident handling both on road and off. The latter is like low-speed cruise control for extreme trail conditions. The standard five-mode Multi-Terrain Select system includes settings for Mud & Sand, Rock, Rock & Dirt, Loose Rock and Mogul.

Fuel economy is a bit of a weak spot for the Land Cruiser, which is rated to get up to 13/18 mpg city/highway. 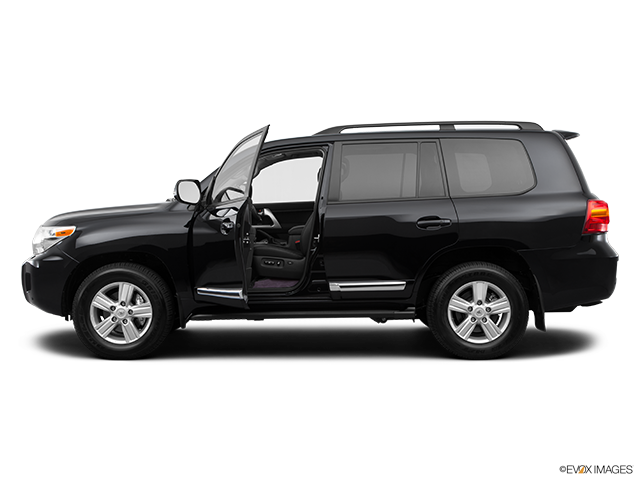 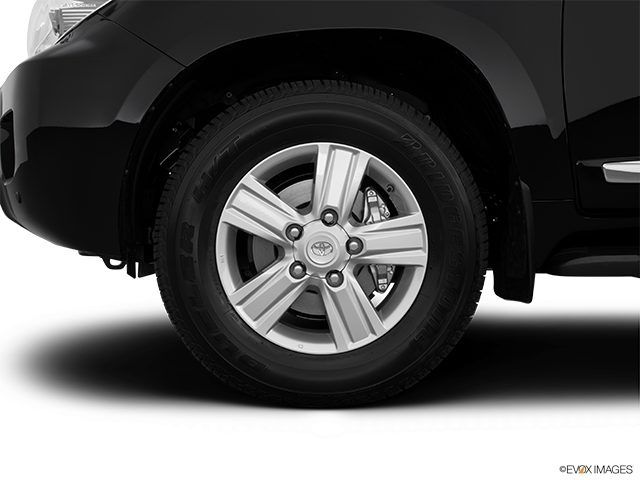 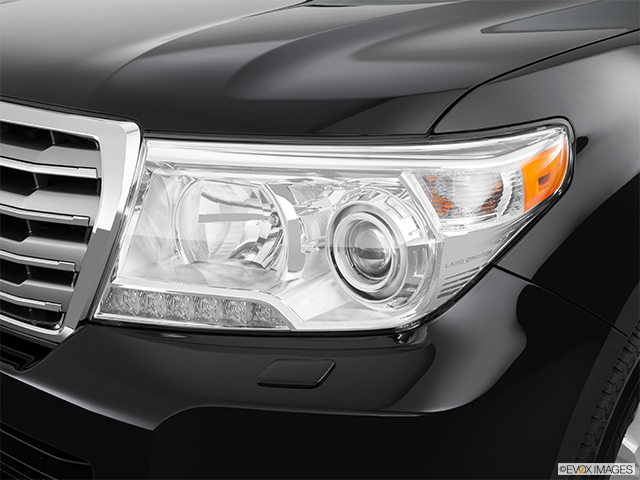 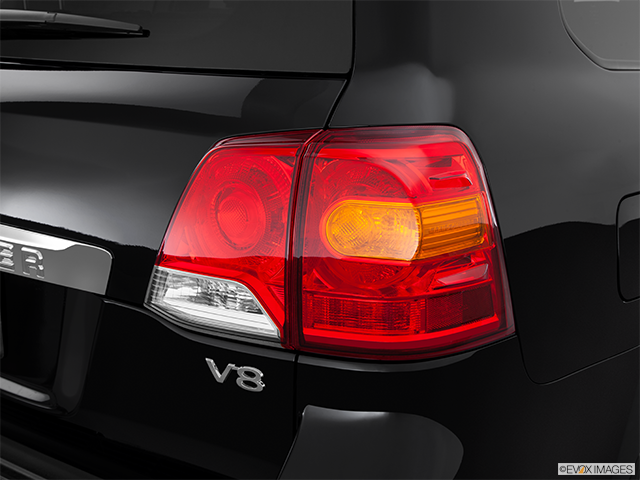 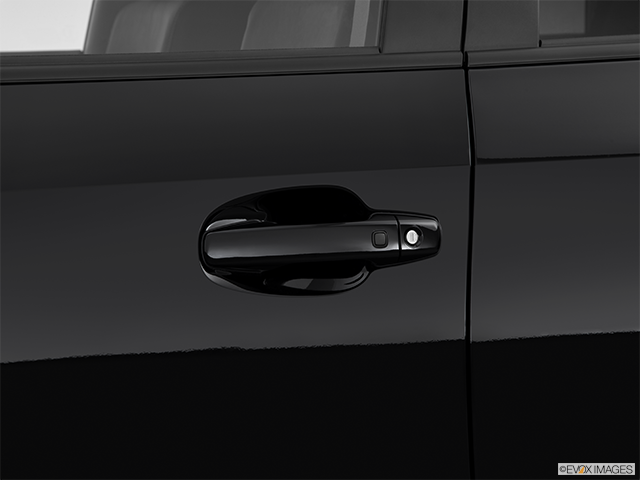 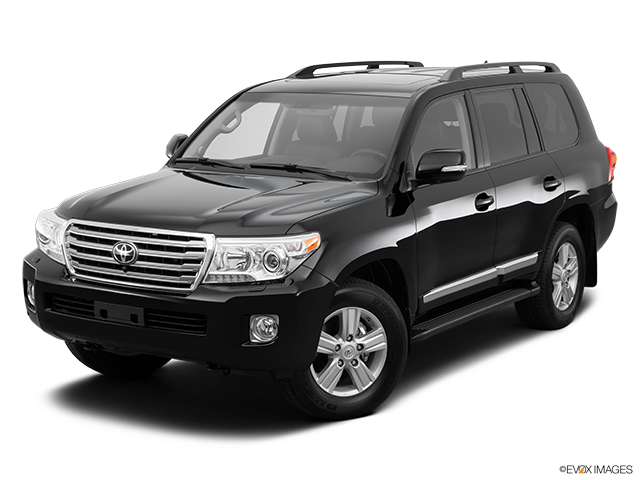 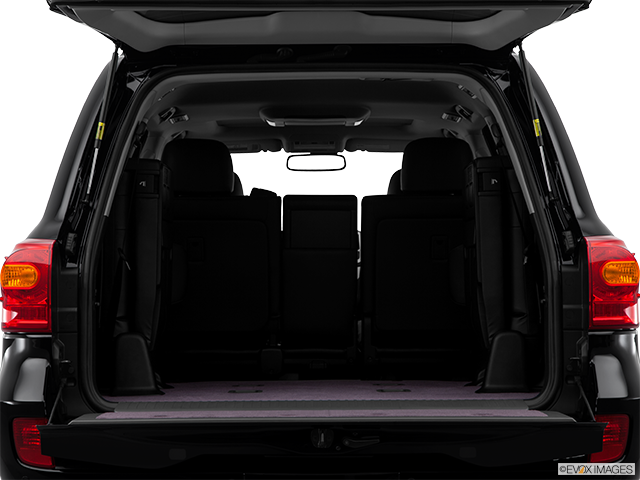 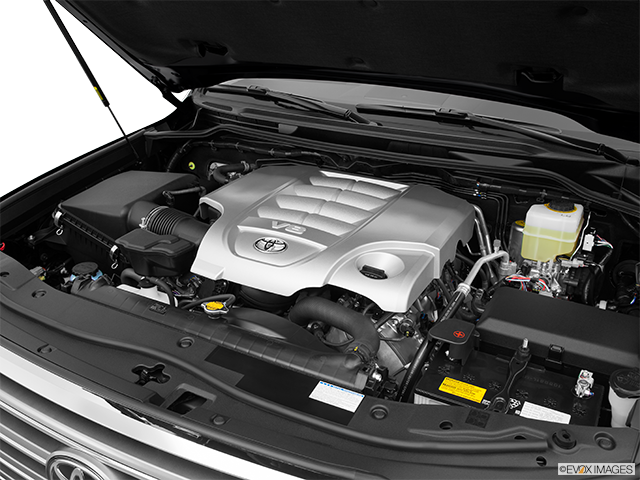 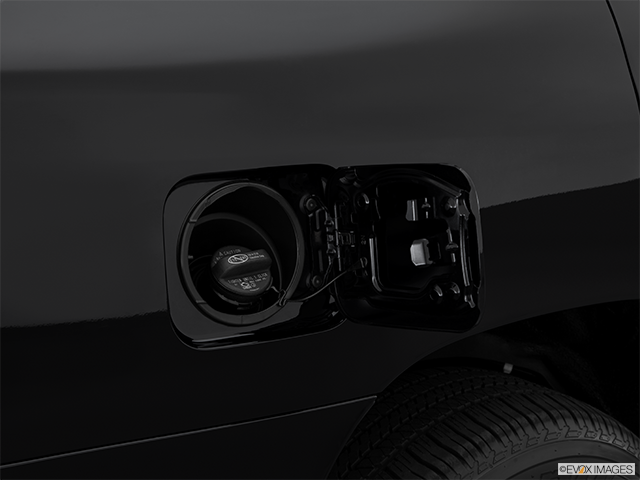 The 2014 Toyota Land Cruiser has not been tested

* IIHS rates vehicles Good, Acceptable, Marginal or Poor
The 2014 Toyota Land Cruiser has not been tested

There are no Reviews for the 2014 Toyota Land Cruiser. Be the first to write a review.

The Manufacturer's Suggested Retail Price (MSRP) is the "sticker price" for this vehicle, including optional equipment, when it was new. The price range for the 2014 Toyota Land Cruiser is not available. The average selling price is not available. The data below is updated daily, based on used car inventory for sale on CARFAX. Price range and average selling price are based on the median selling price while CARFAX Value is a VIN-specific value based on the vehicle's history. 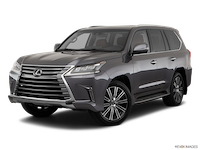