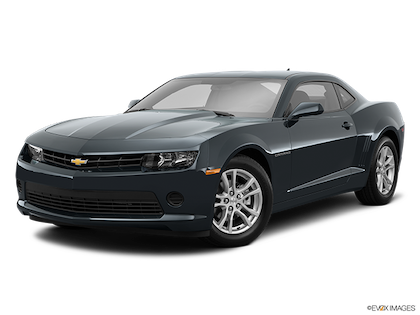 Although a redesign is coming next year, the 2015 Chevrolet Camaro continues to offer stellar performance in an attractive, retro-styled package.

The Chevrolet Camaro sees few changes for the 2015 model year. It continues to be offered in coupe and convertible body styles, as well as a total of eight trims that range from the base 1LS to the high-performance Z/28. A V6 engine and a six-speed manual transmission are standard on the base model, while a six-speed automatic is optional. More power can be found in Camaro SS, ZL1 and Z/28 models, which each come with distinct V8 engine choices.

Like the 2015 Dodge Challenger and Ford Mustang, the Chevy Camaro features exterior styling that pays homage to the muscle car era of the ’60s and ’70s. While this generation has been with us since 2010, the Camaro received exterior styling updates in 2014 that have helped keep it fresh, including updated headlights and taillights, as well as changes to the front and rear fascias and rear spoiler.

Higher trims bring in exterior features like fog lights, 19- or 20-inch wheels and HID headlights. Our test Camaro SS 1LE included unique details like a blacked-out hood and rear spoiler, a front splitter and painted 20-inch aluminum wheels that are similar to what you’ll find on the Camaro ZL1.

The 2015 Chevrolet Camaro falls a bit short of the competition when it comes to interior quality. While the redesigned Mustang features a driver-focused cockpit with materials that feel premium for the class, the Camaro’s dash has a sparse look and expanses of hard plastics.

Still, our test Camaro featured upscale touches like a suede gearshift and steering wheel, and the included MyLink infotainment system proved to offer straightforward access to audio and navigation settings.

Like most sports cars, the Camaro does not have a lot of back-seat passenger space, and the trunk’s 11.3 cubic feet of cargo space also limits its utility. Outward visibility is also somewhat limited by small windows and thick roof pillars, but the front seats are roomy for the class and our test Camaro’s Recaro sport seats seemed to offer an exceptional balance of comfort and support.

The high-performance Camaro ZL1 features a supercharged 6.2-liter V8 engine that produces 580 horsepower and 556 pound-feet of torque. A six-speed manual transmission is standard and a six-speed automatic is optional.

Chevrolet says that the Camaro ZL1 has a top speed of 184 mph and can accelerate from 0 to 60 mph in four seconds.

Also available is the track-ready Camaro Z/28, which features a number of enhancements to reduce weight and improve performance. The Z/28 comes with a 7.0-liter V8 engine that produces 505 horsepower and 481 pound-feet of torque. A six-speed manual is the only transmission offered with the Camaro Z/28.

Our test Camaro SS featured the 1LE Performance package, which adds a strut tower brace, a unique suspension package, summer tires and a 3.91 axle ratio. So equipped, the Camaro accelerates willingly with a smooth and progressive rush of power that comes on as engine speed increases. The optional dual-mode exhaust system is raucous at higher rpm, with a deep, burbling exhaust note that quiets down nicely at cruising speed.

The Camaro also impresses with responsive steering and – at least in the case of our test SS 1LE – athletic handling that inspires confidence on a twisty stretch of road. The ride is firm but still comfortable, which is an impressive feat considering our test car’s 20-inch wheels and firmer suspension tuning.

The MyLink system is generally very easy to use, with large touch-screen icons that provide quick access a variety of settings.

Pairing a smartphone was a trouble-free process and the navigation system was easy to program. Still, the Camaro’s technology offerings come up a little short when compared with the Challenger and Mustang, which are each available with features that improve comfort or add a measure of safety.

The National Highway Traffic Safety Administration (NHTSA) gave the 2015 Camaro a top five-star rating for its overall performance in crash tests. The Camaro has not been crash tested by the Insurance Institute for Highway Safety (IIHS).

All Camaro models come with electronic stability control, a suite of air bags and the OnStar telematics system. A rearview camera and rear parking sensors are optional, but the Camaro currently lacks features like forward collision warning and blind spot monitoring.

That price isn’t out of line for the class, though the recently redesigned Mustang GT Premium offers more feature content for a similar price, especially if you’re looking for driver assistance features like adaptive cruise control, forward collision warning and blind spot monitoring.

The 2015 Chevrolet Camaro lacks some of the technology that you’ll find on its two main competitors, but a completely redesigned model that likely addresses these shortcomings is due next year. In the meantime, the 2015 Camaro is still a muscle car in its purest form, offering strong powertrains, thrilling handling and an eye-catching exterior design. 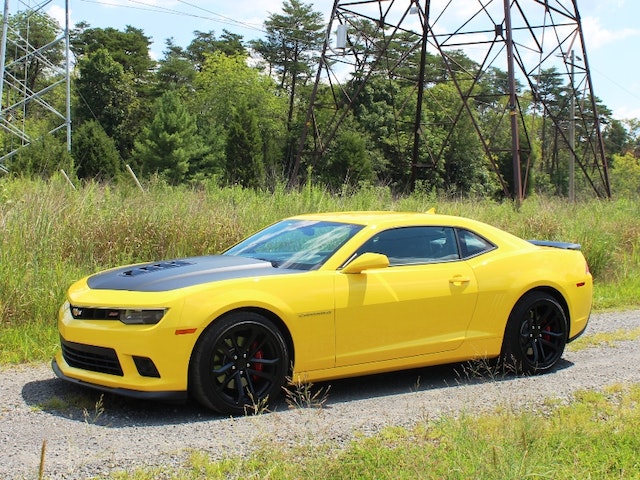 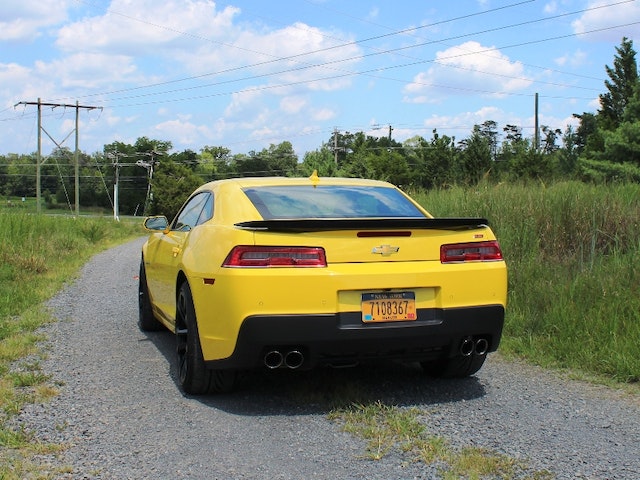 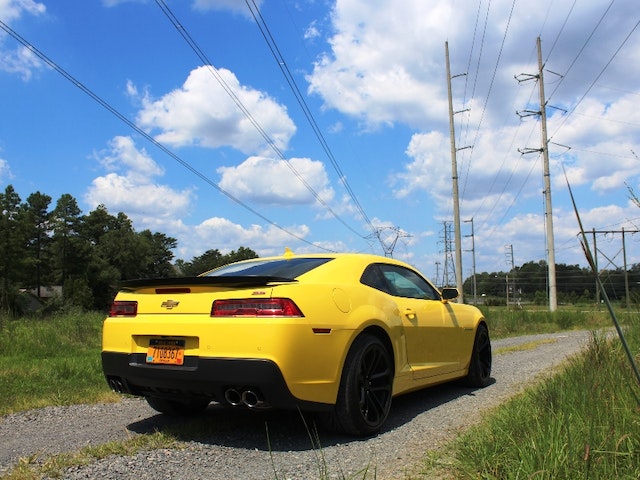 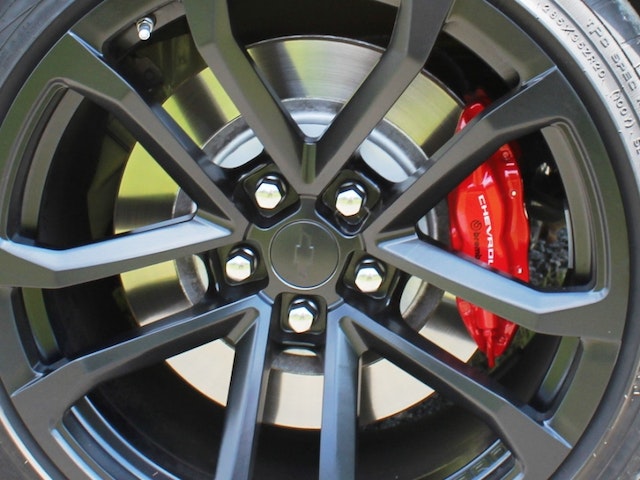 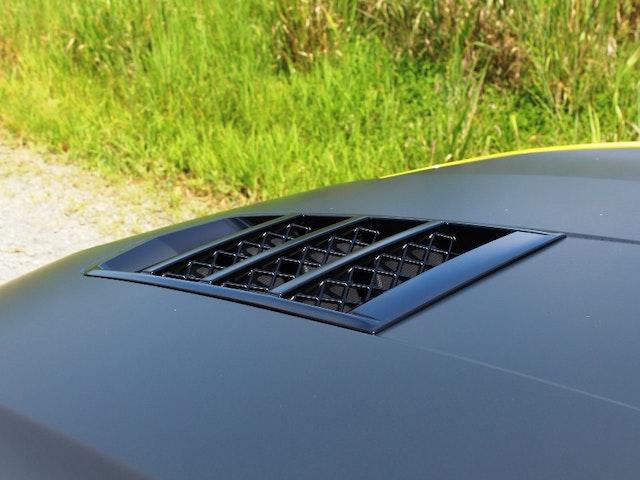 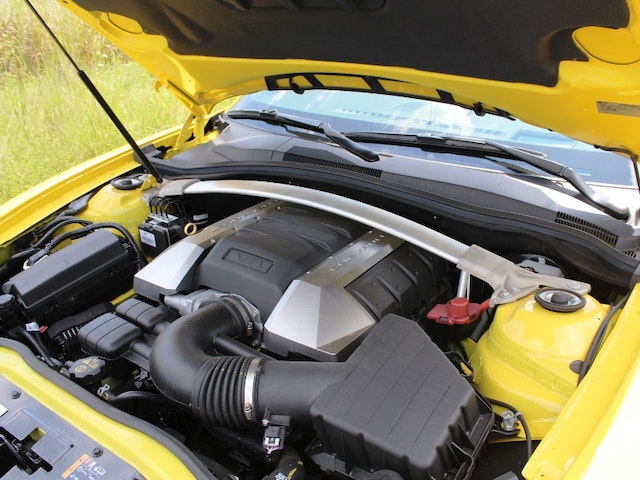 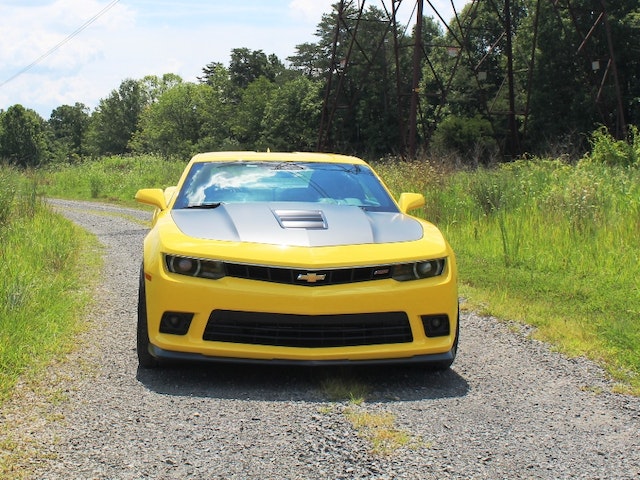 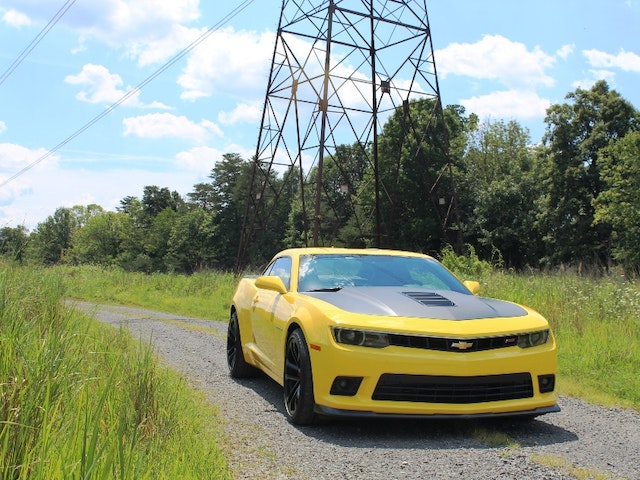 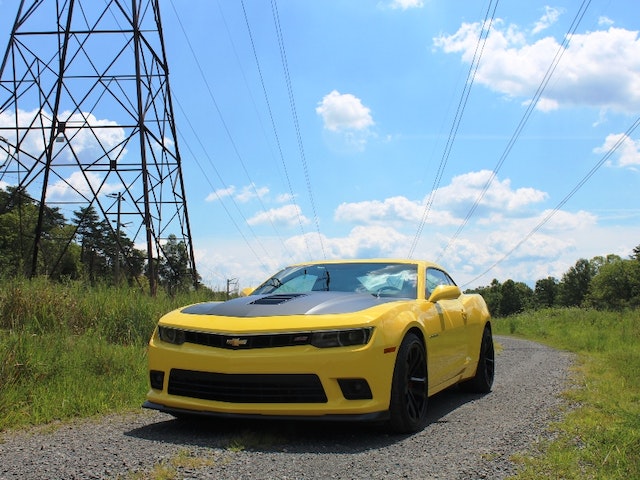 * IIHS rates vehicles Good, Acceptable, Marginal or Poor
The 2015 Chevrolet Camaro has not been tested

Camaro
"We really like it, performance, handling and braking are excellent."
Interior

LS3 engines are among the best ever made
Family

Back seat a little small
Cost

Not many. The back seat is nonfunctional.
Cost

Very reliable vehicle.
"No complaints about my ‘15 Camaro RS. I only had one problem that was fixed under warranty (split open front driver side cat due to bad weld from factory). Has plenty of power for a V6 and there’s lots of room in the engine bay to work in and around."
Interior

It has a racing feel.
Exterior

Plenty of power for a V6
Family

This is not a family oriented car as backseat is cramped. Front legroom is good for driver and a passenger in front only.
Cost

Sweet
"Nice Car, But Replace the tires if You plan on city or country Driving. They Suck in the Rain."
Interior

It's a Camaro what more needs said.
Family

You can fit 2 teens in the back but not easy.
Cost

U get what you pay for.
Read Less

There's a lot more room than the Camaros of yesterday.
Exterior

Runs low 12's in a quarter mile with just a stock motor.
Family

I use high octane gas. Well worth it in terms of fuel mileage. Oil changes are a little pricey but, performance costs money.
Read Less

Great car
"Driving is nice, comfortable and quiet. The only negatives are the rear seats don't have a lot of space, which is expected on a car like this. And the rear visibility is the main negative, it's not awful but if you back into parking spots often you probably want to get a backup camera so you don't hit the curb. But other than that the visibility won't affect driving on the road."
Interior

2SS 1LE
"Super fun car with lots of hp and torque! 1LE option is definitely a head turner! This car performs all the time and will not let you down. It's a great street car that you can take to the track and have fun with on the weekends."
Interior

Performance, in mind, with many options.
Read Less

ZL1
"I love this car. Very comfortable and fast. Best of both worlds. Does not have very good viability but looks better than any other sports car in my opinion. Smooth around turns and been very reliable. I decided on this car over the GT500 because of this car being the total package. Exceptional breaks also.........."
Interior

Exceptional all around.
Family

Not a lot of back seat room. Not a family car.
Cost

Great all around hot rod
"I purchased a 2015 Camaro SS/RRS short throw shifter, dual perfomance exhaust, sun roof. This car is more powerful than the 60s early 70s muscle cars even the big blocks. I have a 1978 Z28 that I purchased new and that my wife and I dated in. The new SS runs rings around the 78 but I I will never get rid of it due to sentimental value. "
Interior

"brought a v6 6 spd manual trans. felt the v6 was a more balanced car and it is. lots of power good driver handles well. the 18 inch tires are a good compromise as the 20s on the v8 model are expensive,"
Exterior

"This car was in excellent condition with 11,000 miles. Was almost too good to be true. Still has warranty and saved me about $10,000 from buying it new off the lot. My big decision maker was CARFAX. Everything was 100% accurate."
Read Less

CARFAX offers millions of used cars for sale nationwide. Every listing includes the vehicle history. The data below is updated daily, based on used car inventory for sale on CARFAX.
2015 Chevrolet Camaro Deals on CARFAX
Percentage of 2015 Chevrolet Camaro for sale on CARFAX that are Great, Good, and Fair Value deals. Values are determined by whether the selling price is above, below, or the same as the history-based CARFAX Value.
Great Value
(253)
Good Value
(244)
Fair Value
(227)
No Badge
(187)
VEHICLE HISTORY SUMMARY
The Vehicle History Summary represents the percentage of cars available for sale on CARFAX that are reported to have no accidents or damage, had 1-owner, been used as a personal or personal lease car, and/or have service history information. 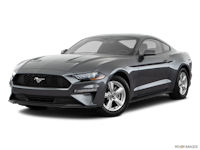