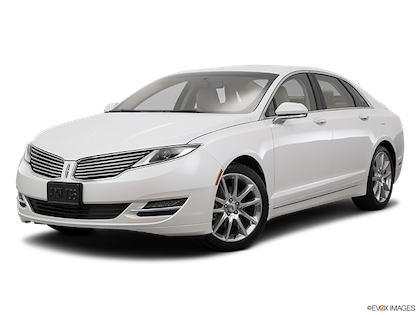 While it may lack the panache of competing midsize luxury cars, the 2015 Lincoln MKZ stands out with good crash test scores and a long list of standard features.

The 2015 Lincoln MKZ is a midsize luxury car that’s offered with a turbocharged four-cylinder engine or a more powerful V6. Front-wheel drive and a six-speed automatic transmission are standard and all-wheel drive is optional. Lincoln also sells an MKZ Hybrid, which starts at the same price as the gas-only MKZ. The 2015 MKZ is available with Premiere, Select and Reserve equipment groups, as well as a Black Label package that brings in more exclusive interior materials.

The MKZ was last redesigned for the 2013 model year and gains some new standard equipment for 2015, including a rearview camera, rear parking sensors and automatic headlights.

While I’ve never been the biggest fan of Lincoln’s split-wing grille, I’ll admit that the 2015 MKZ is a good looking car from nearly every angle. The MKZ is built on the same platform as the Ford Fusion and, while there are some similarities, the MKZ sets itself apart with a couple-like roofline and exterior styling that is fairly unique in comparison with its Ford counterpart.

The MKZ’s dash and center stack feature a clean and modern design since many controls are relegated to the infotainment system or the capacitive controls beneath it.

Instead of a conventional gear shifter, a push-button gear selector is located on the left side of the center stack, which means that there’s plenty of space for storage in the center console.

Interior materials in our Black Label MKZ were plush for the brand, including an Alcantara headliner and upgraded leather upholstery. Still, many of the surfaces didn’t seem especially soft to the touch, and materials such as the trim that surrounds the infotainment system could be of higher quality.

Our test MKZ offered comfortable front and rear seats with plenty of legroom, though at 6-foot-1, I found headroom a little tight beneath the optional panoramic moonroof. That moonroof is an expansive 15.2-square-foot glass panel, however, which offers a fantastic open-air driving experience when it’s retracted.

The Lincoln MKZ comes standard with a turbocharged 2.0-liter four-cylinder engine that produces 240 horsepower. Front-wheel drive and a six-speed automatic transmission are standard, while all-wheel drive and a 300-horsepower, 3.7-liter V6 engine are optional. The EPA reports that the base MKZ gets 22/33 mpg city/highway, which is about average for the class. Models with the V6 engine get 18/27 mpg.

Lincoln also offers the MKZ Hybrid, which features a 2.0-liter four-cylinder engine and an electric motor that generate 188 horsepower combined. A continuously variable transmission (CVT) and front-wheel drive are standard, and the MKZ Hybrid gets an EPA-estimated 41/39 mpg city/highway.

Our MKZ featured all-wheel drive and the turbocharged four-cylinder engine. As tested, the MKZ offers fairly strong off-the-line acceleration and decent highway passing power. Still, there were a few instances where it was slow to downshift when extra highway passing power was needed.

Like the Fusion, the MKZ feels composed when the road gets twisty, though it’s not quite as athletic as competitors like the BMW 3-Series and Lexus IS 350. The standard adaptive suspension system ensures that the ride is comfortable and the steering is quick enough to keep spirited drives entertaining.

The 2015 Lincoln MKZ is well-equipped for the class, with standard features that include an 11-speaker audio system, satellite radio, Bluetooth and USB connectivity, proximity key with push-button start, a rearview camera, rear parking sensors, remote start, a universal garage door opener and the Sync with MyLincoln Touch infotainment system.

Features like an upgraded audio system, navigation, parallel park assist and massaging front seats are available in packages or as standalone options.

There’s no doubt that the 2015 MKZ offers a particularly strong list of standard tech features. Still, accessing audio, climate, navigation and phone settings through MyLincoln Touch can be distracting, especially while driving. The center stack also features capacitive controls to access climate and audio adjustments, but adjusting these settings with the touch panel requires more attention than if there were conventional knobs and buttons. Fortunately, many vehicle functions can be accessed using the voice-activated Sync system.

The 2015 Lincoln MKZ earned a top, 5-star rating from the National Highway Traffic Safety Administration (NHTSA) for its overall performance in crash tests.

Additionally, the MKZ earned a Top Safety Pick award from Insurance Institute for Highway Safety (IIHS). The MKZ received top scores of Good in all IIHS tests except the small overlap front test, where it received the second-highest rating of Acceptable. When equipped with forward collision warning, the MKZ earned a Basic rating in IIHS front crash prevention tests.

From the driver’s seat, large A-pillars can make forward visibility a little bit of an issue while cornering, and an equally large B-pillar and small sideview mirrors add up to a significant blind spot on the driver’s side. For that reason, we recommend choosing a model with the Reserve package, which adds the blind spot monitoring system.

At $36,085, the MKZ has a higher starting price than competitors like the 2015 Acura TLX, BMW 3-Series, Cadillac ATS and Volvo S60. However, it also undercuts the Lexus ES 350 and Mercedes-Benz C-Class. The MKZ also brings a strong set of standard features to the table, many of which are optional on competing sport sedans and luxury cars.

As you climb the trim levels, however, the MKZ starts to make less sense from a cost perspective.

Our top-of-the-line Black Label MKZ had a sticker price of $56,935, which puts it firmly in the territory of much more premium vehicles. Luxury cars like the BMW 5-Series, Cadillac CTS and Lexus GS 350 are all attainable at that price with room to add several thousand dollars in options.

The 2015 Lincoln MKZ faces a bit of challenge within the luxury marketplace, as some competitors offer more engaging driving dynamics and interiors that are more refined. The MKZ also shares a lot of similarities with the Ford Fusion in terms of powertrain configurations and available tech features, which make us wonder if there’s enough difference between the two models to merit springing for the luxury brand. Still, the base MKZ is well-equipped and deserves recognition for its competitive base price, good crash test scores and composed driving experience. 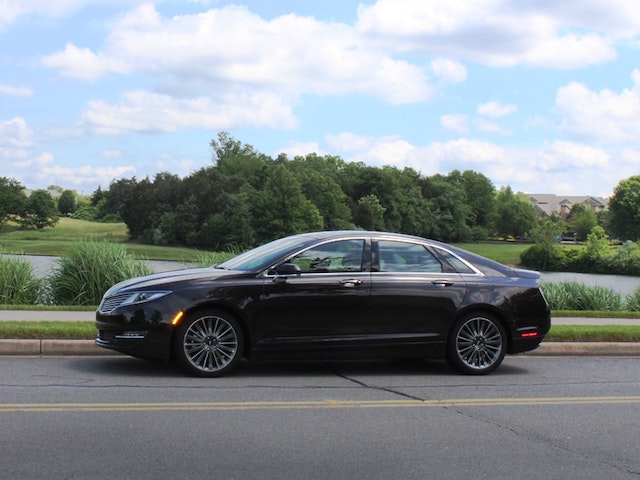 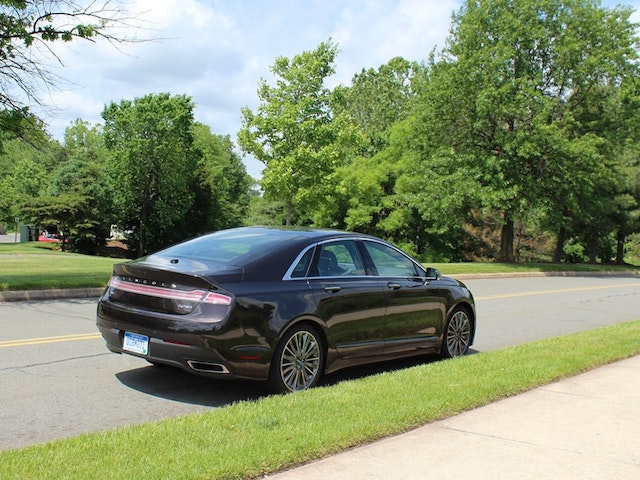 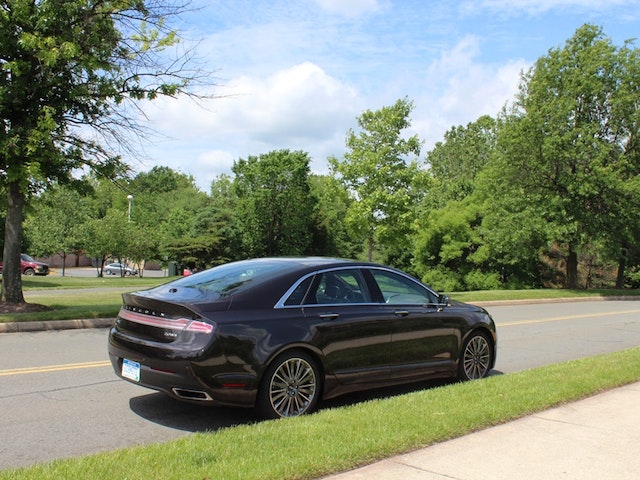 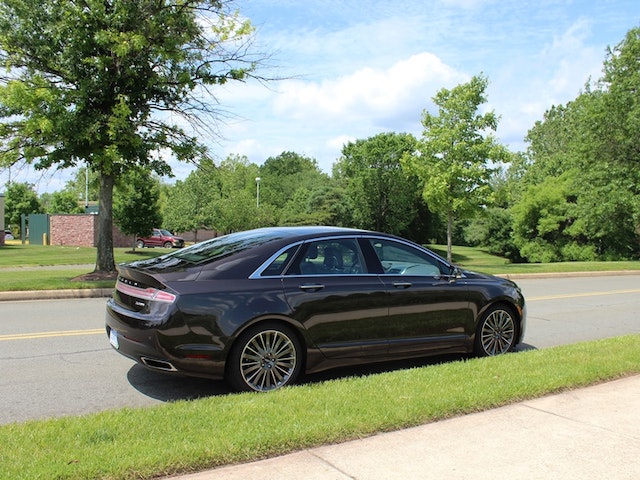 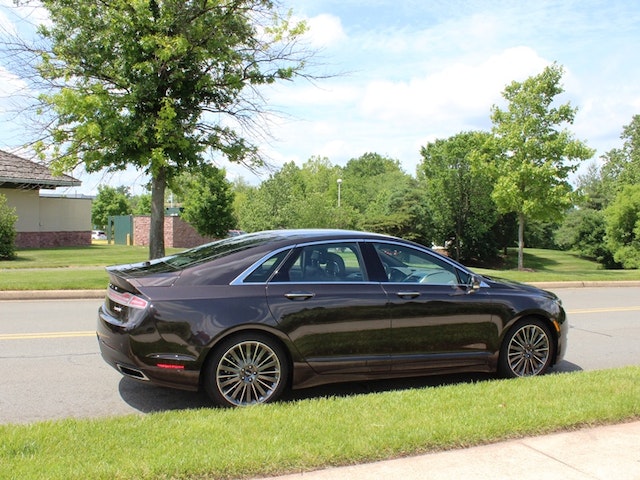 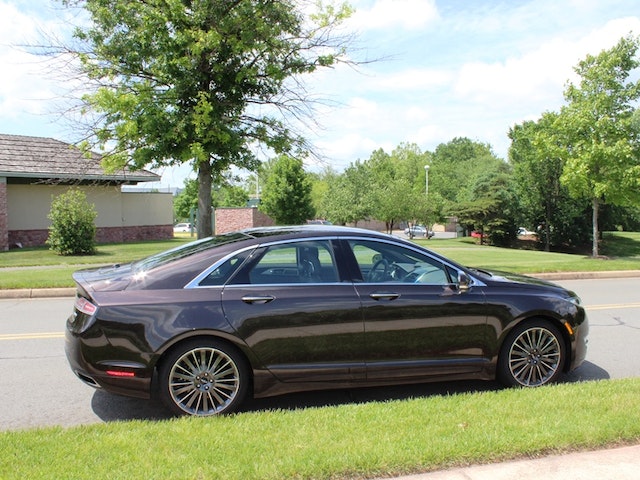 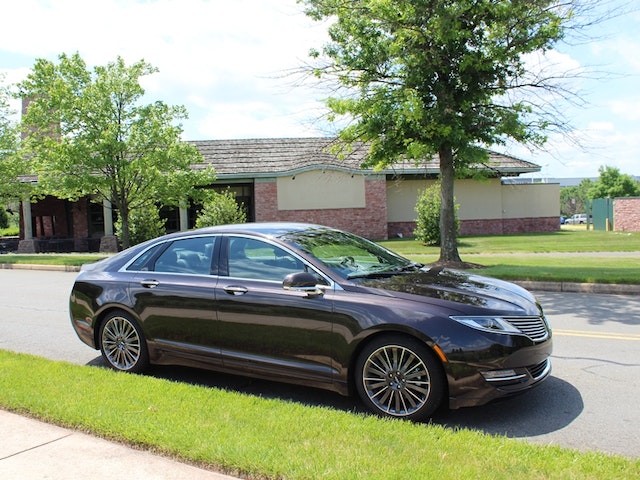 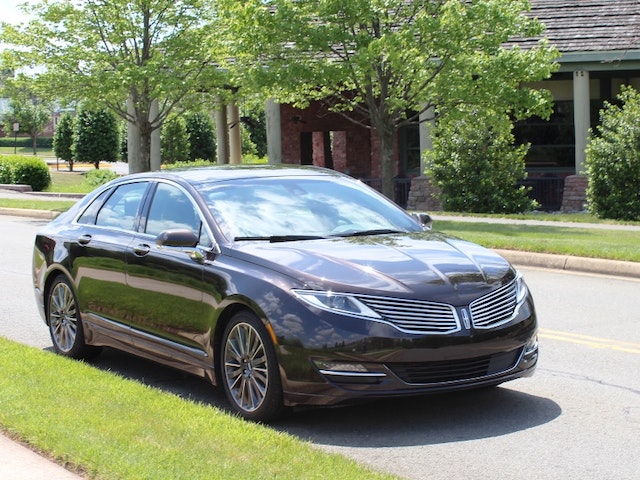 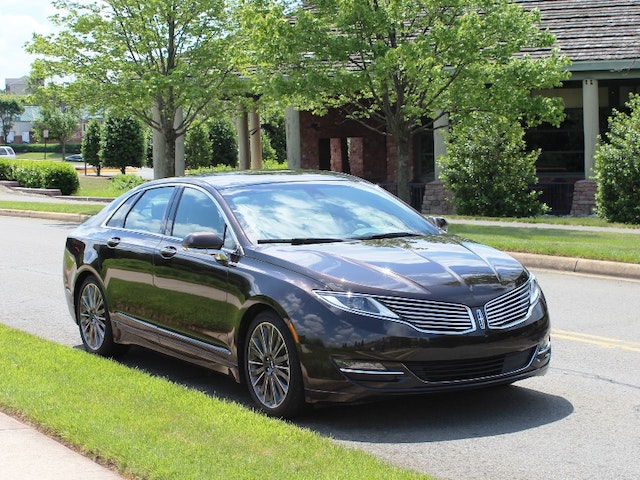 Great car
"A great ride. Not the best on gas but it does have a lot of getup and go power."
Interior

All of the electronic display.
Exterior

Great car
"I love this car! From it's stunning styling to it's superb handling and power. The interior is very progressive in style and comfort. I prefer the 3.7 engine very smooth and quiet."
Interior

Not a family man but do expect a sports car back seat. Probably should go with a mks for larger passenger room.
Cost

Way cheaper to own than a BMW Mercedes or caddy.
Read Less

CARFAX offers millions of used cars for sale nationwide. Every listing includes the vehicle history. The data below is updated daily, based on used car inventory for sale on CARFAX.
2015 Lincoln MKZ Deals on CARFAX
Percentage of 2015 Lincoln MKZ for sale on CARFAX that are Great, Good, and Fair Value deals. Values are determined by whether the selling price is above, below, or the same as the history-based CARFAX Value.
Great Value
(40)
Good Value
(32)
Fair Value
(6)
No Badge
(5)
VEHICLE HISTORY SUMMARY
The Vehicle History Summary represents the percentage of cars available for sale on CARFAX that are reported to have no accidents or damage, had 1-owner, been used as a personal or personal lease car, and/or have service history information. 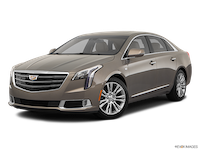