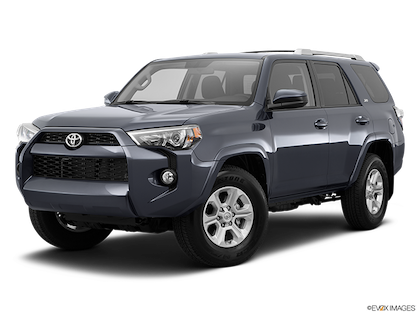 The 2015 Toyota 4Runner is a long-lived sport utility vehicle that has plenty of capability, but lacks the refinement that’s offered by competing crossovers.

The 2015 Toyota 4Runner has an interior and exterior design that is long in the tooth. With the exception of the Trail and new TRD Pro models, the 2015 4Runner has few saving graces in a world that has largely moved on from the traditional SUV.

The 2015 4Runner is offered in SR5, Trail, Limited and TRD Pro models. Standard features include a rearview camera, a power-adjustable driver’s seat, Bluetooth, a USB port and an Entune audio system with a 6.1-inch display.

The 2015 4Runner has classic SUV styling. Most of the emphasis is on an appearance of strength and robust character rather than speed. This reflects the 4Runner’s capability and truck-based roots.

Inside the 4Runner, seating is comfortable and well-positioned, with plenty of room in all seats except the optional third row. That third row is available only in Limited and SR5 models as a 50/50 split option and is best suited for children rather than adults. Seating with the third row is for seven or five without it.

Controls and fittings are high quality and easy to use. Drivers will feel at ease behind the wheel, though the 4Runner’s truck-like mannerisms and driving dynamics may not appeal to everyone. Fit and finish is good at all price points.

A 4.0-liter V6 engine is the only engine offered with the 2015 4Runner, but it’s a well-proven one that enjoys a reputation for longevity and strength. This V6 produces 270 horsepower and 278 pound-feet of torque, and is paired with a five-speed automatic transmission. Rear-wheel drive is standard and four-wheel drive is optional (standard on Trail and TRD Pro trims). When properly equipped, the 4Runner is rated to tow up to 4,700 pounds.

The rear-wheel drive Toyota 4Runner gets an EPA-estimated 17/22 mpg city/highway, while four-wheel drive models get 17/21 mpg.

The 2015 4Runner is not speedy, but not slow by class standards either. Its high stance and large tires mean a high center of gravity and plenty of roll in corners. Combine that with its poor fuel economy and the 4Runner is hard to justify as a daily family driver.

Even at its highest fitting, the technology in the 2015 4Runner is behind the curve when compared with other vehicles, including crossovers. Quality is good, but the center screen on the console is positioned so that it often reflects sunlight, making it difficult to read. Additionally, operations for infotainment can be clunky and difficult, especially when driving.

On the whole, the 4Runner has relatively good safety ratings. In National Highway Traffic Safety Administration (NHTSA) tests, the 4Runner returned four of five stars overall. The Insurance Institute for Highway Safety (IIHS) gave the 4Runner its highest rating of “Good” for all but the small-overlap frontal offset test, where it received IIHS’ second lowest “Marginal” rating.

Given the competitive and well-heeled field of crossovers in the midsize SUV segment, and the superior fuel economy that many rivals offer, it is difficult to make the case that the 2015 4Runner is cost-effective. However, in terms of off-road prowess for the dollar, the Trial and TRD Pro editions are better than average if you’re planning to hit the trail often.

The 2015 Toyota 4Runner is a sport utility vehicle in a market where crossovers are now the more popular. It has all of the strengths and drawbacks of a body-on-frame truck-based SUV, and none of the advantages that a crossover can offer. Still, if you’re looking specifically for the capability of a rugged SUV, the 4Runner delivers. The 2015 4Runner also remains a strong-selling vehicle with a reputation for reliability. 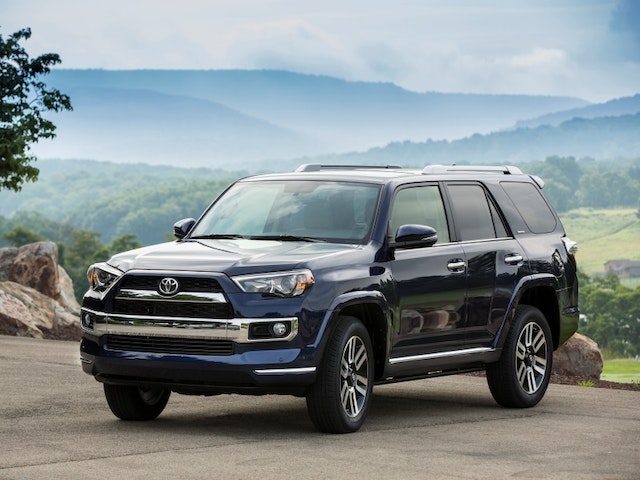 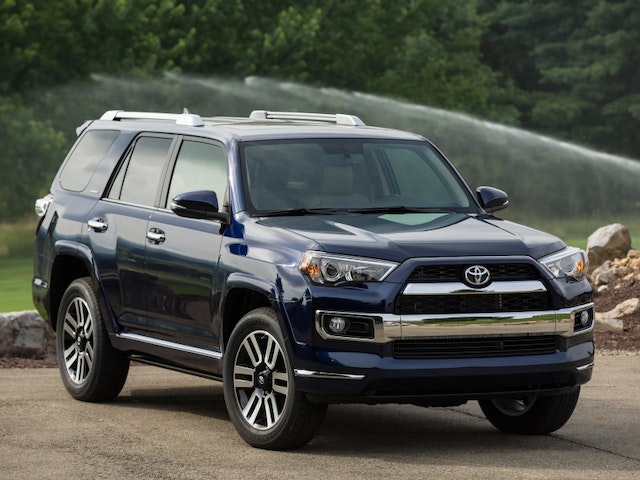 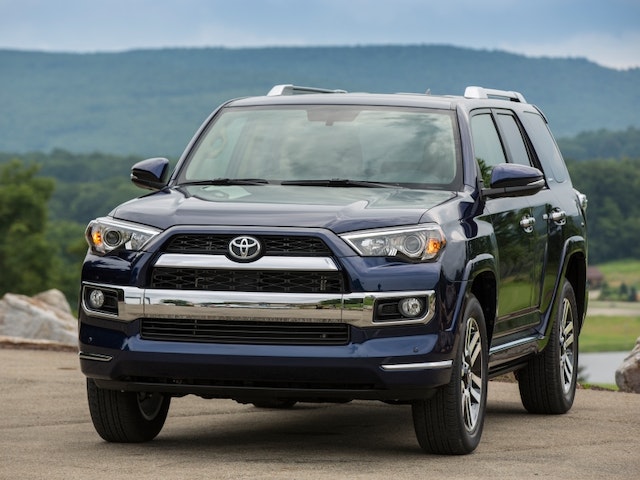 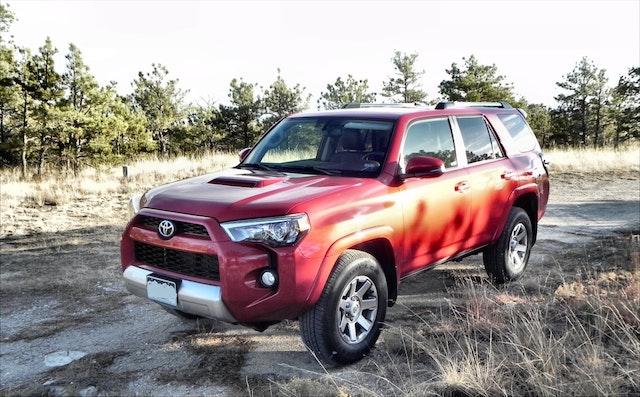 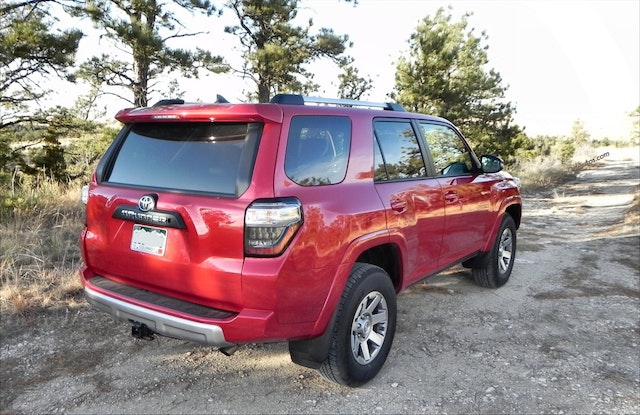 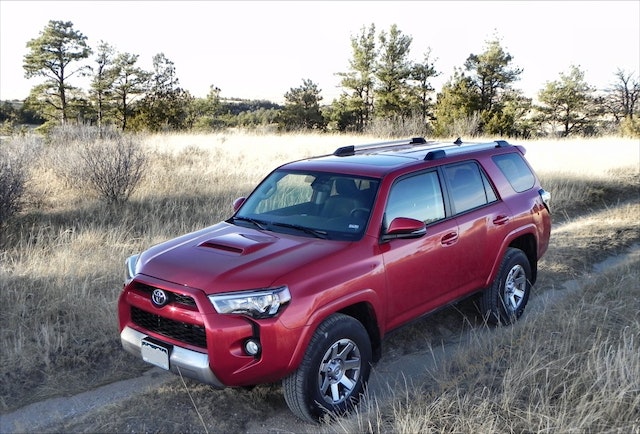 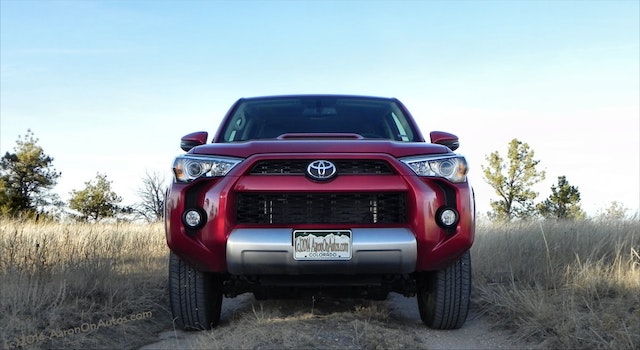 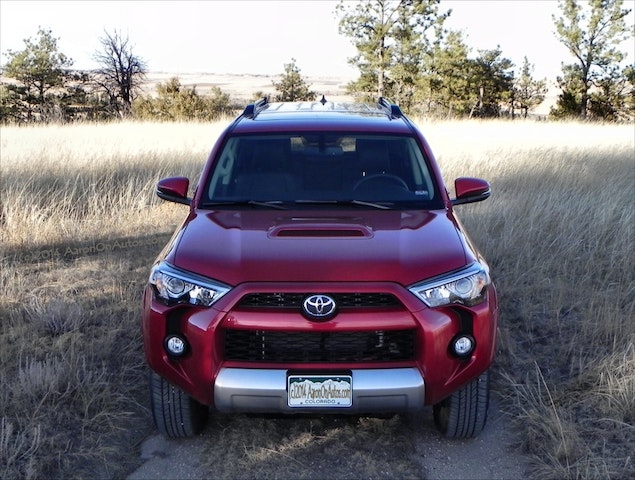 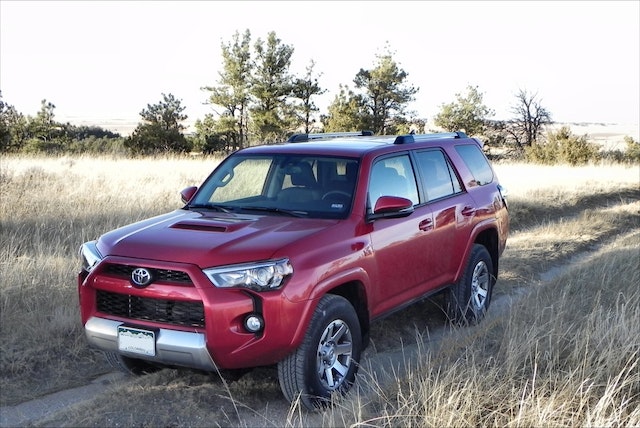 Amazing 4Runner TRD PRO
"I’m the original owner since January 2015. This 4Runner has been trouble free and has been in many places to include overseas. It’s has serve me well and performed absolutely great. I enjoy all the features it has from exterior to interior. "
Interior

I like the new look. I replaced the front plastic bumper with a metal bumper to make it look better.
Performance

Has performed very well and never let me down.
Family

I have kept with all updates and services and it’s has not been expensive to maintain.
Read Less

Solid and dependable
"The 4Runner is a truck you cannot go wrong by buying. Reliable, solid, and it will run forever. Keep up the service, just like you should with any vehicle. Gas mileage could be better, but this has never been known as a mileage rock star. A few more creature comforts inside would be nice, but overall an excellent vehicle. "
Interior

Audio and display could be better.
Exterior

Solid SUV
"It may not be the fastest SUV out there but for durability and reliability it’s been a great vehicle. Toyota, hows about a turbo on this vehicle. "
Read Less

CARFAX offers millions of used cars for sale nationwide. Every listing includes the vehicle history. The data below is updated daily, based on used car inventory for sale on CARFAX.
2015 Toyota 4Runner Deals on CARFAX
Percentage of 2015 Toyota 4Runner for sale on CARFAX that are Great, Good, and Fair Value deals. Values are determined by whether the selling price is above, below, or the same as the history-based CARFAX Value.
Great Value
(80)
Good Value
(61)
Fair Value
(96)
No Badge
(80)
VEHICLE HISTORY SUMMARY
The Vehicle History Summary represents the percentage of cars available for sale on CARFAX that are reported to have no accidents or damage, had 1-owner, been used as a personal or personal lease car, and/or have service history information. 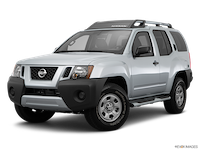