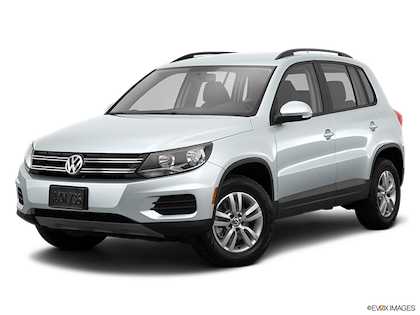 The 2015 Volkswagen Tiguan is more fun to drive than most compact crossovers. It’s quick, thanks to a turbocharged four-cylinder engine. It handles nicely, though it rides rougher than some might prefer. Also, its fuel economy lags behind the competition.

The trim levels for the 2015 Volkswagen Tiguan are the S, SE, SEL and R-Line. All seat five. A six-speed automatic transmission is standard, as is front-wheel drive. All-wheel drive is available.

Changes for the 2015 model year include a new touch-screen audio system, a rearview camera and Volkswagen’s Car-Net services. The R-Line gets a revised rear bumper design.

The 2015 Volkswagen Tiguan boasts clean and uncluttered styling. Its front-end treatment follows other Volkswagen models. That means it’s capped by a wide front grille. Fog lamps are integrated into the front bumper, and chunky headlamps reach into the front fenders. Horizontal taillamps and a large liftgate distinguish the rear.

Roof rails are standard. Higher trim levels include chrome rings around the side windows and gloss black window frames. The top R-Line version is dressed up with a rear roof spoiler, body-colored lower-side skirts, aluminum kickplates and an exclusive rear bumper. Sixteen-inch alloy wheels are standard, and 17-, 18- and 19-inch wheels are available. High-intensity-discharge headlamps with LED daytime running lights are optional.

The 2015 Tiguan’s clean style continues into the cabin. It’s tastefully cast with premium materials and good fit and finish. While front seat comfort is sufficient, there’s less rear seat room than in its main competitors. Rear legroom is 35.8 inches, versus 38.3 inches in the 2015 Honda CR-V and 37.2 inches in the 2015 Toyota RAV4. Cargo space also is tighter, with 23.8 cubic feet behind the rear seat and 56.1 cubic feet with the seatbacks folded flat. The CR-V’s measurements are 35.2 cubic feet and 70.9 cubic feet, and the RAV4 offers 38.4 cubic feet and 73.4 cubic feet, respectively. On the plus side, Tiguans fitted with the available folding front-passenger seatback can carry objects up to 98 inches long.

Under the hood of the 2015 Volkswagen Tiguan is a turbocharged 2.0-liter four-cylinder engine that produces 200 horsepower and 207 pound-feet of torque. That makes it one of the quickest crossovers in its class. A six-speed automatic is the only available transmission. All-wheel drive is optional. The Tiguan, however, is one of the least fuel-efficient models in its class, with an EPA rating that tops out at 21/26 mpg city/highway. Premium fuel is required. The 2015 Honda CR-V is rated at 27/33 mpg city highway and doesn’t require premium fuel.

The Tiguan can be fitted with a trailer hitch, but a tow rating of 2,200 pounds limits its utility.

The 2015 Tiguan comes with a fair assortment of infotainment and connectivity features. On the downside, it doesn’t offer any of the latest accident avoidance systems. Standard items include a touchscreen-based audio system with Bluetooth connectivity, satellite radio and a CD player. Volkswagen’s standard Car-Net telematics system offers many helpful services, including automatic accident notification, but it requires a paid subscription. A rearview camera is included for easier and safer parking. 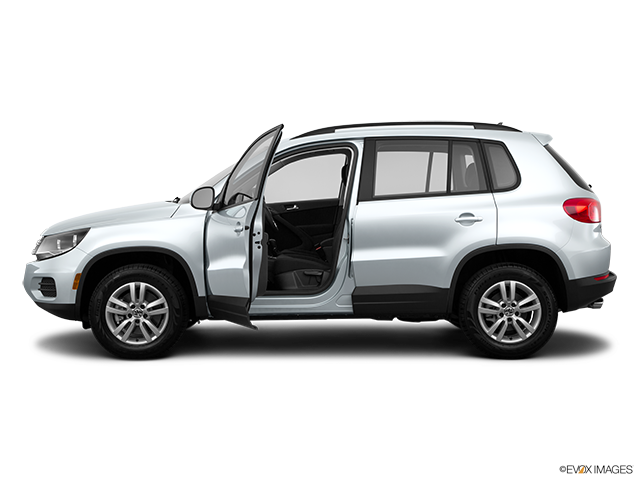 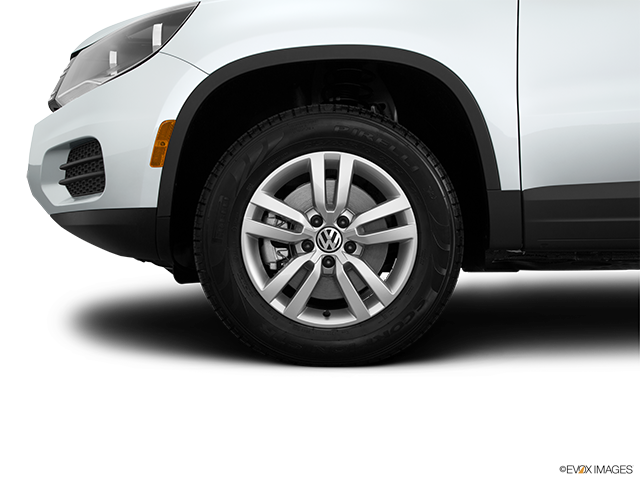 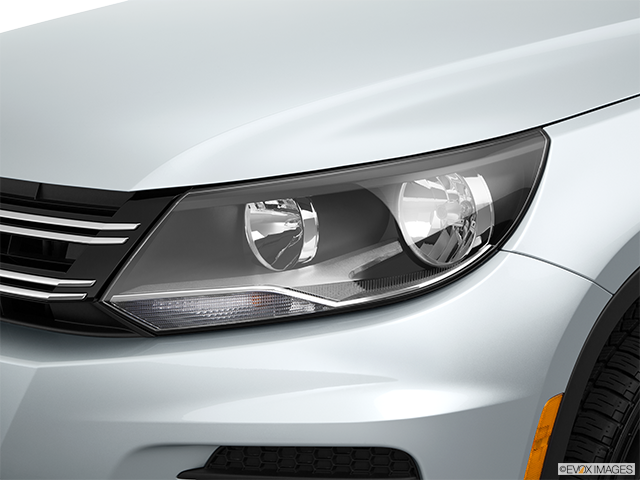 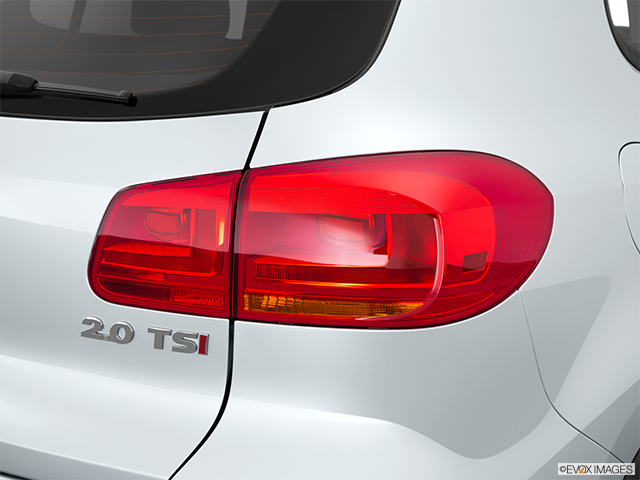 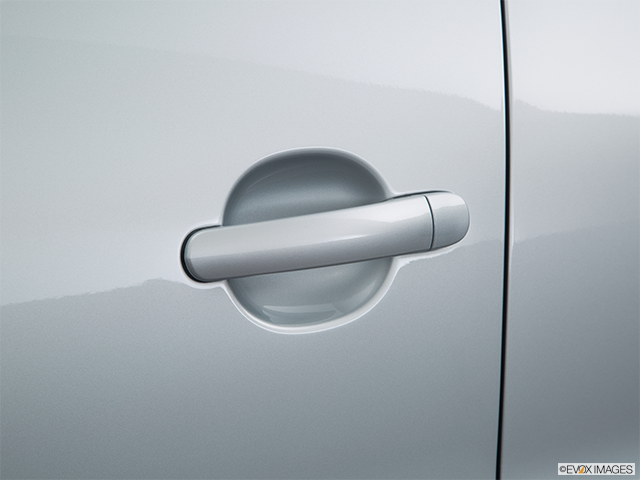 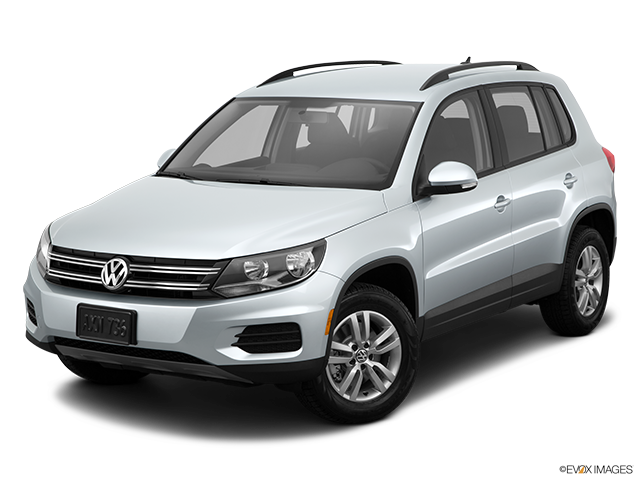 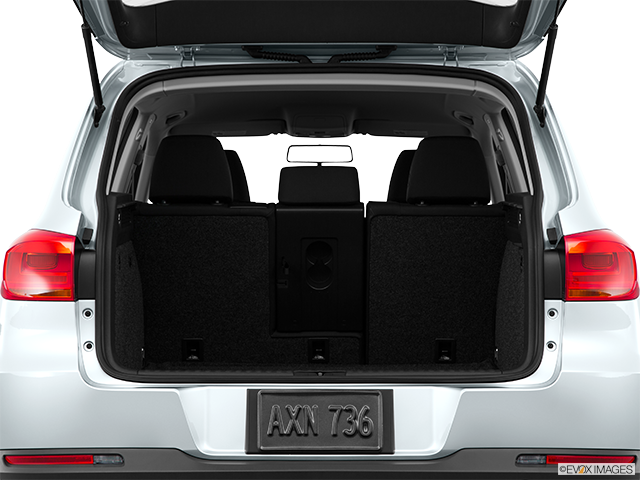 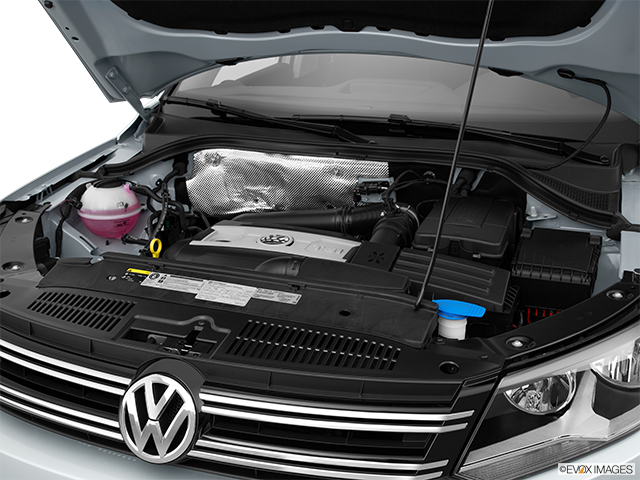 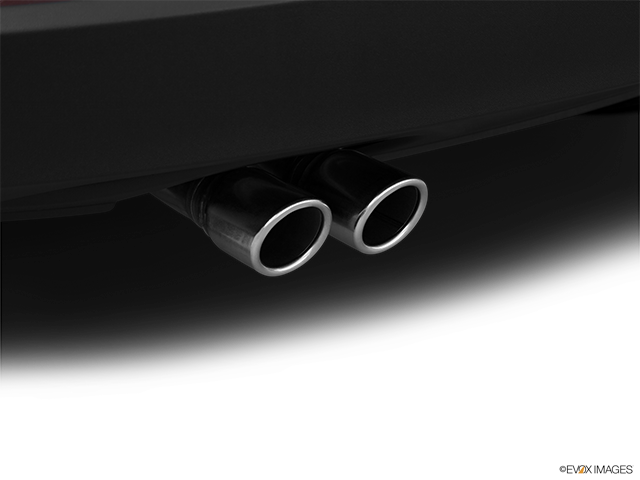 Perfect car for me
"This car is perfect for me. It was refurbished by the dealer and the engine the break and other mechanisms work perfectly. Very cost-effective."
Interior

CARFAX offers millions of used cars for sale nationwide. Every listing includes the vehicle history. The data below is updated daily, based on used car inventory for sale on CARFAX.
2015 Volkswagen Tiguan Deals on CARFAX
Percentage of 2015 Volkswagen Tiguan for sale on CARFAX that are Great, Good, and Fair Value deals. Values are determined by whether the selling price is above, below, or the same as the history-based CARFAX Value.
Great Value
(19)
Good Value
(27)
Fair Value
(34)
No Badge
(29)
VEHICLE HISTORY SUMMARY
The Vehicle History Summary represents the percentage of cars available for sale on CARFAX that are reported to have no accidents or damage, had 1-owner, been used as a personal or personal lease car, and/or have service history information. 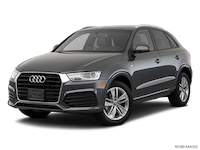