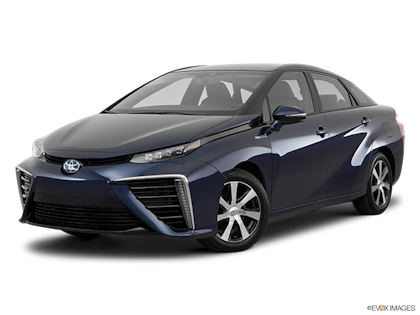 There aren’t many other cars like the 2016 Toyota Mirai today, but it represents what could be a new direction in environmentally friendly cars. The name Mirai is the Japanese word for Future, and the fuel cell technology inside may be just that.

The 2016 Toyota Mirai is a four-door sedan that’s powered by a single electric motor and a hydrogen fuel cell. Toyota offers the 2016 Mirai in a single trim and limits maximum seating to four people. There are no options or packages available for the 2016 Mirai.

This is the first model year for the Toyota Mirai.

The 2016 Toyota Mirai has been designed to stand out in a crowd, and it does just that. Aggressive accent lines, strong angles and in-your-face front scoops combine to give it a visually interesting exterior. There’s no wondering what fuel the Mirai uses, thanks to its multiple Hydrogen badges.

“An interior of the future” best describes the cabin of the 2016 Toyota Mirai. Many of the stark lines and accents from the exterior twist their way across the dashboard and door trim. The build is typical of Toyota products, making use of lightweight but good-quality materials. There is only seating for two in the rear, which is a decision Toyota made to improve the performance and range of the Mirai. The trunk offers 12.8 cubic feet of cargo space.

The 2016 Toyota Mirai makes use of a new type of powertrain technology. A single electric motor making 151 horsepower and 247 pound-feet of torque is paired with a single-speed transmission and front-wheel drive. The Mirai has a fuel cell that converts compressed hydrogen into electricity. Since the only byproduct is water, the 2016 Toyota Mirai is classified as a zero-emissions vehicle.

A full tank of hydrogen should provide an EPA-estimated range of 312 miles, and fuel economy is rated at 66 MPGe combined. 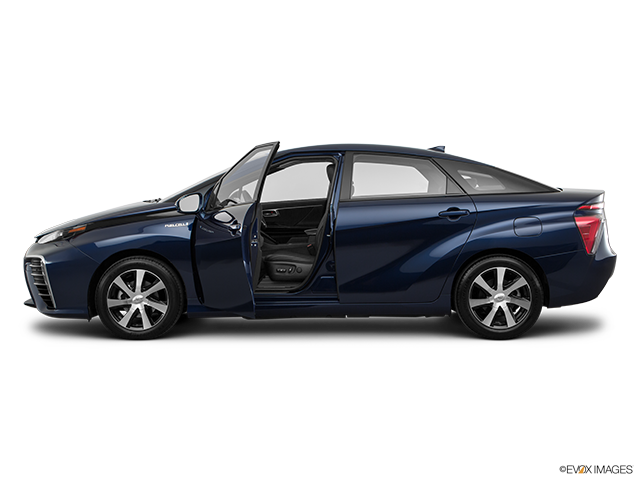 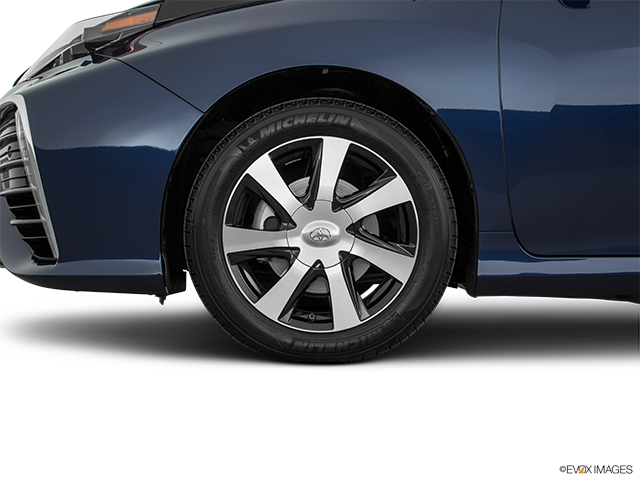 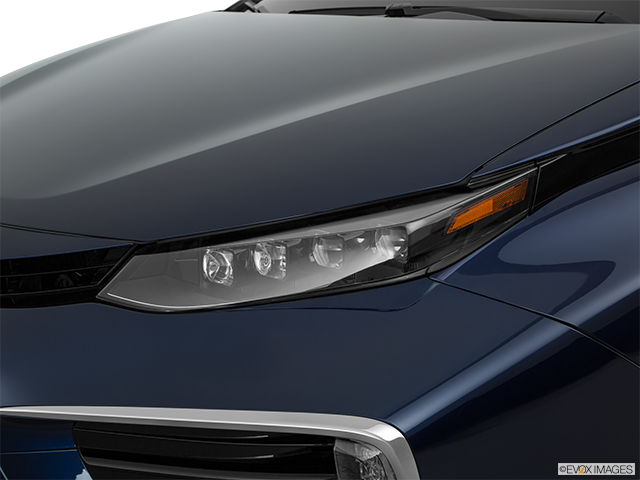 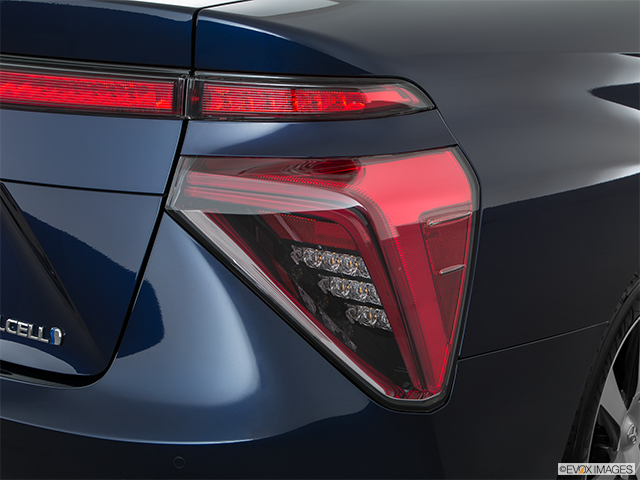 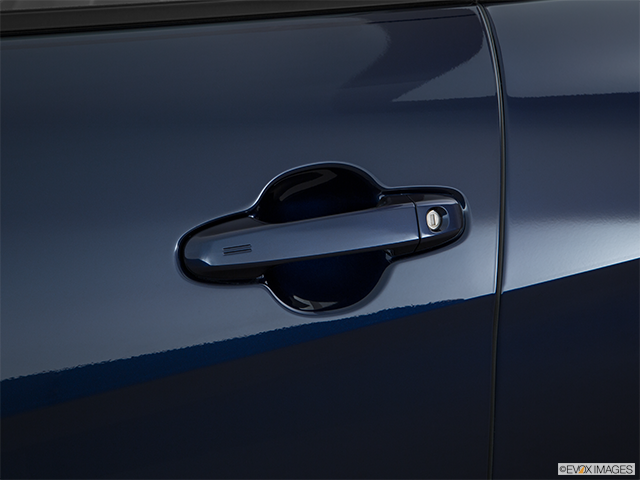 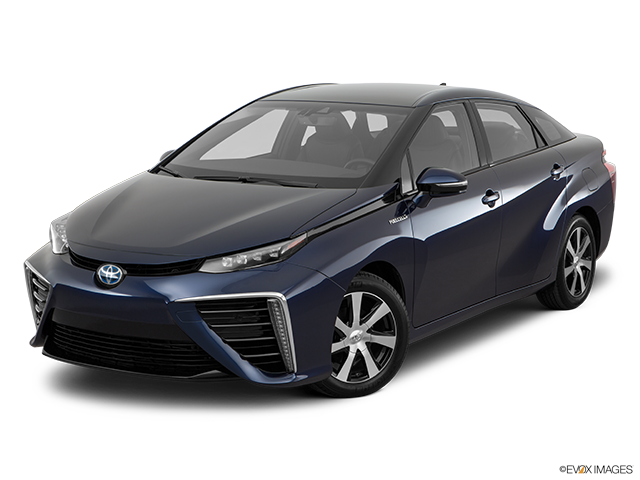 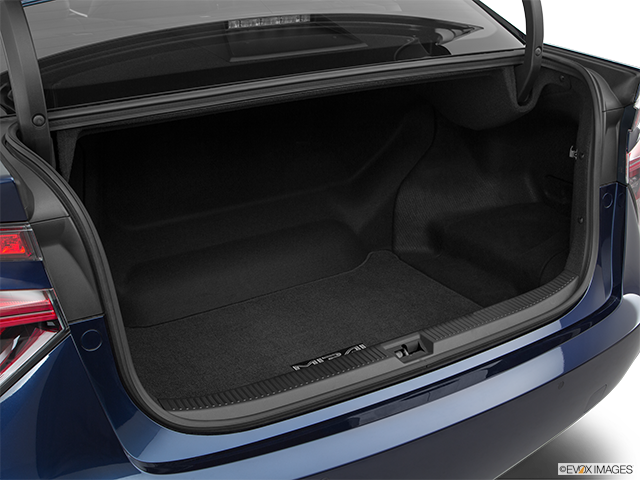 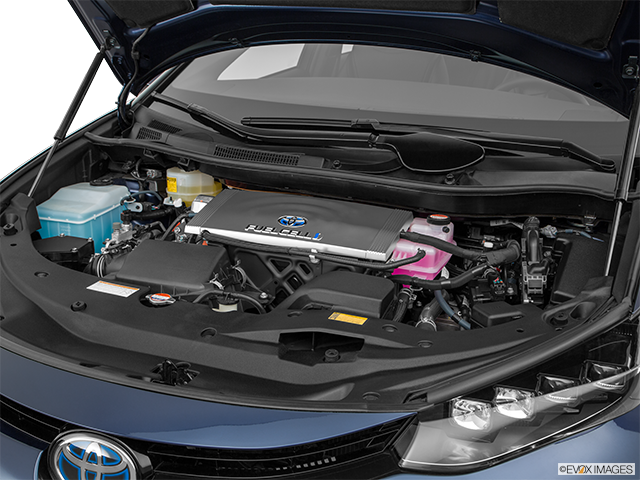 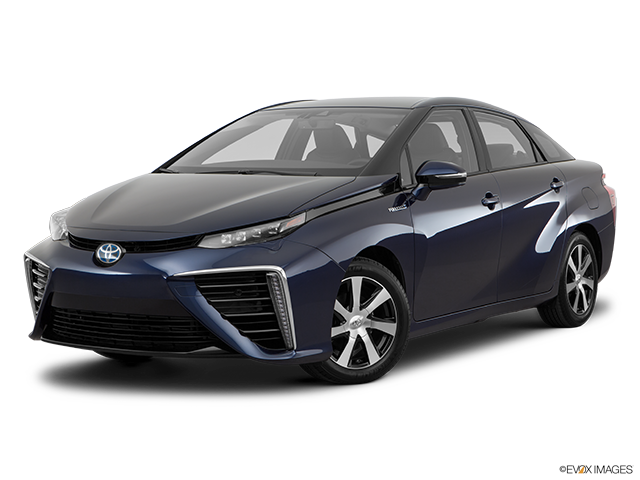 The 2016 Toyota Mirai has not been tested

* IIHS rates vehicles Good, Acceptable, Marginal or Poor
The 2016 Toyota Mirai has not been tested

There are no Reviews for the 2016 Toyota Mirai. Be the first to write a review.