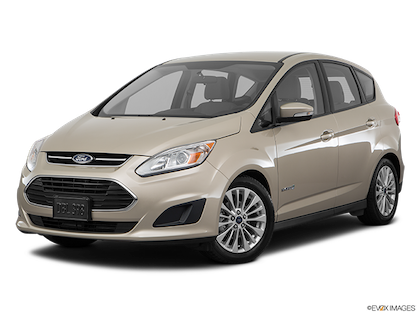 Ford’s dedicated C-Max hybrid model line is the automaker’s answer to the Toyota Prius, delivering excellent fuel efficiency and limited emissions, no matter how it’s configured. The C-Max is offered in standard and plug-in variants, the latter known as the C-Max Energi.

The 2017 C-Max and C-Max Energi are small wagons available in two trims each: SE and Titanium. Both models seat five and come with a four-cylinder engine, a continuously variable transmission and two electric motors. Front-wheel drive is standard.

Ford chose a much less polarizing design for its hybrid, although the C-Max has its share of rounded edges. The front fascia has a gaping lower grille, similar to other Ford products. The hybrid’s high roof pillars give it a wagon-like look with a rising beltline suggesting a model in motion. Oversized wraparound tail lamps bring up the rear. A spoiler tops the rear hatch.

The cabin delivers soft-touch and other higher-end materials, a look that’s a cut above what most competitors offer. The instrument panel and controls offer a traditional look, are smartly placed and easy to use. Though it seats five, the C-Max is ideal for four. The high roofline makes this model suitable for tall people, although the rear seats sit a bit lower, forcing tall people to sit with their knees held high. Cargo volume measures 24.5 cubic feet behind the second-row seat and 52.6 cubic feet with the rear seat folded.

The Ford C-Max delivers decent acceleration, agile handling and a quiet ride. It comes in somewhat heavier than the competition, and that becomes evident under hard acceleration as it moves forward at a leisurely pace.

The C-Max Hybrid makes an EPA-estimated 42/38 mpg city/highway, while the C-Max Energi earns 39 mpg and has an electric-only range of approximately 20 miles before the gas engine kicks in.

The C-Max comes with SYNC telematics, a 4-inch screen, a six-speaker audio system with a CD player, satellite radio, USB port and an auxiliary jack. Optional features include an upgraded SYNC package with an 8-inch color touch screen and navigation.

On the safety front, the C-Max has a rearview camera and a parking assist package. This model doesn’t offer such driver-assist features as lane-departure warning and adaptive cruise control, packages common to most smaller cars today. 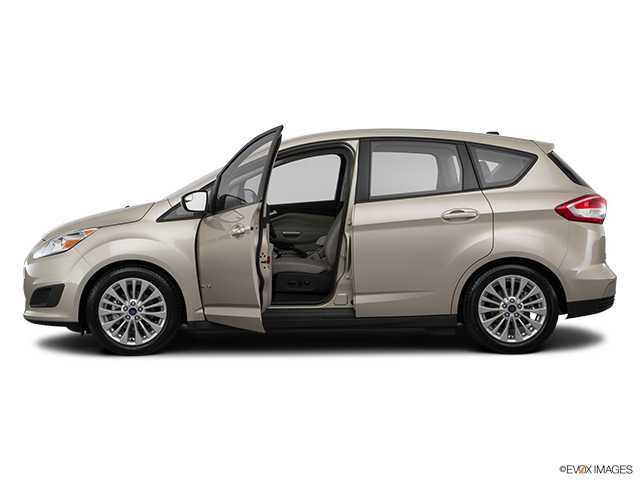 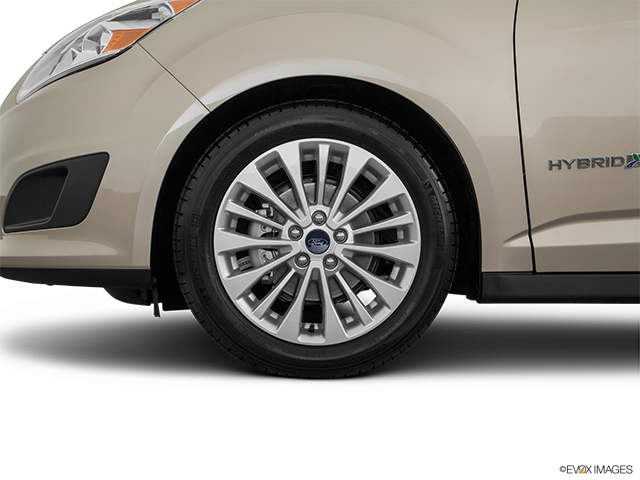 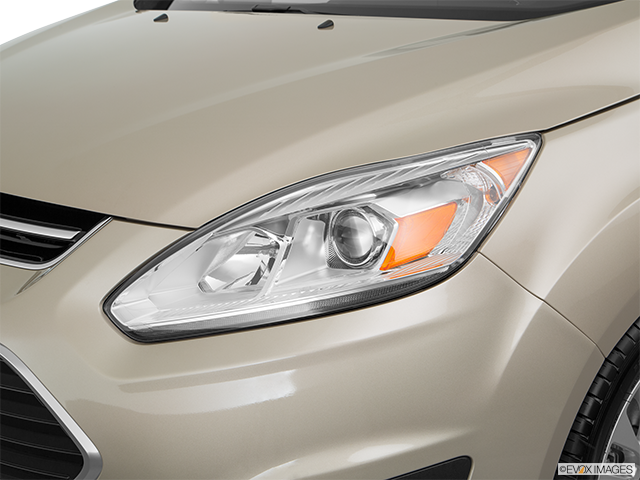 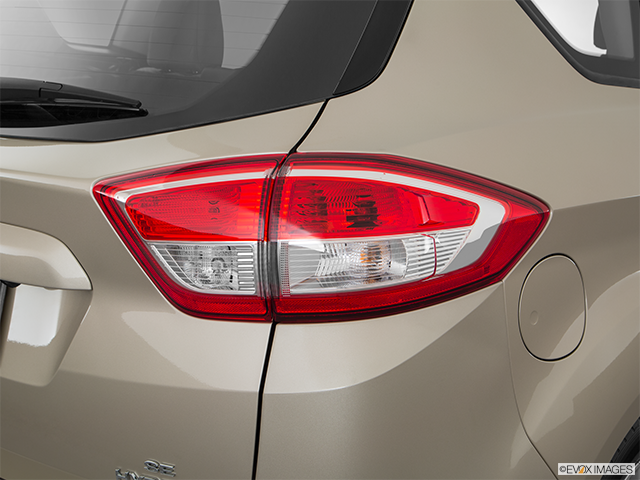 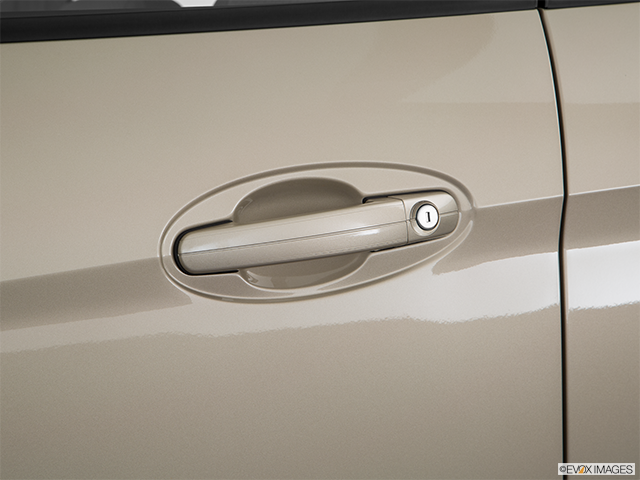 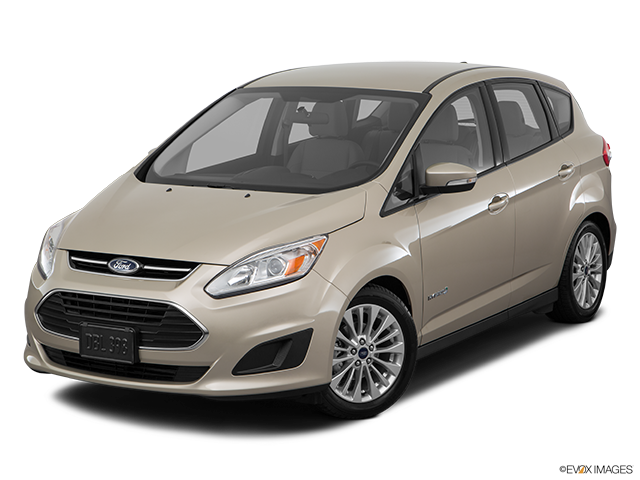 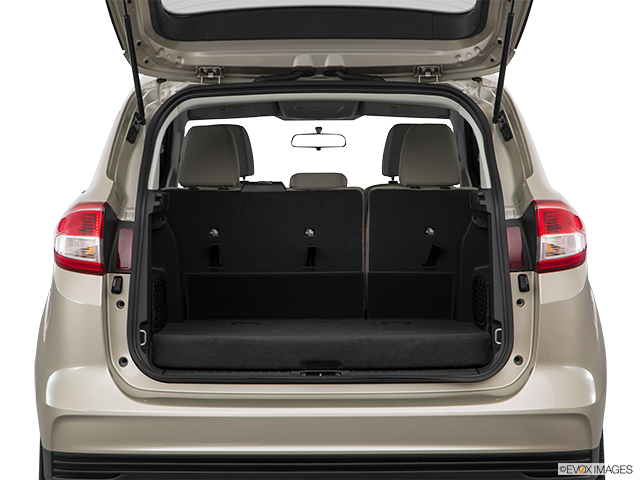 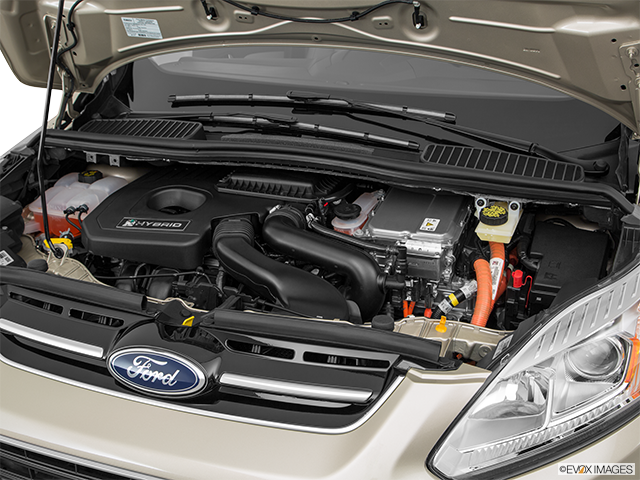 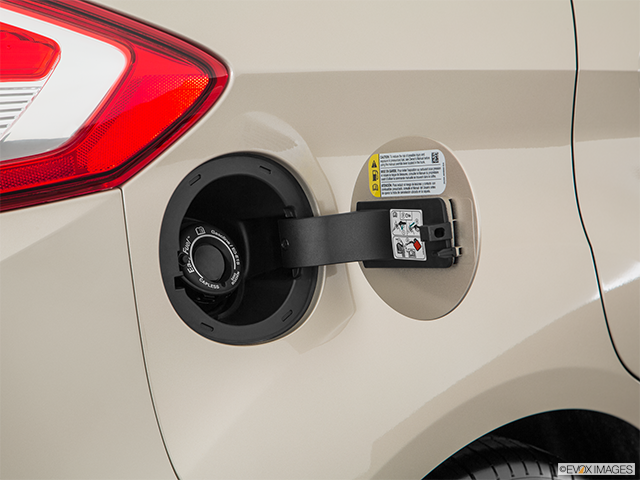 Very happy so far
"Seven months and all is well. I'm very happy with the Energi series. Mileage is in the 47 mpg range. Handles very well but haven't had much snow yet. I expect the best. Using the 120volt charging and usually takes 2 to 3 kwh (about 47 cents) to recharge, but, I am signing up for the 'hourly rate' for charging, even more savings. In short, I am very happy with the Ford C-Max Energi and expect to have many years with it."
Interior

With the battery there is limited space for "stuff". All else is standard but fine.
Exterior

Color is pleasing and size, while smaller, is satisfactory
Performance

Performance takes some getting used to. I am still working on getting used to trying to save battery power and using a bit less fuel. Most driving I do would use all the stored EV power. Not really a problem tho.
Family

Mostly just me. I don't haul many people so I have plenty of comfortable room.
Cost

Seven months used and average $9.75 in gasoline costs per month and, so far, less than $9.00 (in summer months) in charging costs. Very cost effective, for me anyway.
Read Less

With the electric engine it has more torque than my gas engine vehicle so it has surprisingly quick acceleration and feels more like a sports car to drive.
Family

Very economical to operate but the additional batteries for the plug-in all electric function takes up some room in the back.
Cost

This combination plug-in electric and hybrid is extremely economical to drive. Since our commute is about 5 miles most of our driving is in the electric mode. Amazing. And for longer trips the hybrid also means terrific mileage.
Read Less

Amount of space for occupants
Exterior

Stands out in the crowd
Performance

CARFAX offers millions of used cars for sale nationwide. Every listing includes the vehicle history. The data below is updated daily, based on used car inventory for sale on CARFAX.
2017 Ford C-Max Deals on CARFAX
Percentage of 2017 Ford C-Max for sale on CARFAX that are Great, Good, and Fair Value deals. Values are determined by whether the selling price is above, below, or the same as the history-based CARFAX Value.
Great Value
(19)
Good Value
(24)
Fair Value
(71)
No Badge
(75)
VEHICLE HISTORY SUMMARY
The Vehicle History Summary represents the percentage of cars available for sale on CARFAX that are reported to have no accidents or damage, had 1-owner, been used as a personal or personal lease car, and/or have service history information.