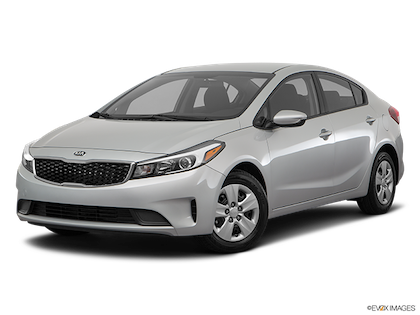 Compact cars are often sought out by those who want basic transportation at an affordable price. The 2017 Kia Forte is certainly affordable, but there’s nothing basic about it. This capable Kia rewards buyers with assertive styling, enjoyable handling and a satisfying assortment of features and amenities.

The 2017 Kia Forte is a compact car that’s available as a sedan or hatchback (Forte5).

For 2017, the base Forte sedan receives a new four-cylinder engine and a revised six-speed automatic transmission, while the Forte hatchback adds an optional seven-speed dual-clutch transmission. All Fortes receive technology updates, add available driver assistance systems and get sheet metal upgrades including a new front bumper and grille. Sedan models welcome a new trim: the S, which is equipped with a sport-tuned suspension.

The Forte sedan comes in LX, S and EX trims, and hatchbacks come in LX, EX and SX trims.

There was a time not so long ago when affordable compact cars came with sheet metal that reflected their low price tags. The Kia Forte is proof things are different these days. This Kia delivers upscale good looks you’d expect from a car costing thousands more.

Our Forte sedan had an athletic stance that gave it the appearance of being perpetually poised for action. In front, a tiger-nose grille separated sloping headlights, and the car wore a confident and determined expression. In profile, the sedan’s lines were fluid and aerodynamic, with an abbreviated hood and a long, gracefully arched greenhouse. From the rear, the Forte looked blocky and substantial, with a pair of sleek, newly redesigned taillights.

The 2017 Forte sedan and hatchback both seat five adults, and our test sedan featured a spacious cabin with ample headroom and generous legroom for both front and rear passengers. While rivals such as the Mazda3 offer similar legroom, the Forte provides headroom that’s among the best in the class, making it a great choice for taller drivers.

Our sedan’s seats were supportive without being too firm. The driver’s seat is easily adjustable, and this makes finding an optimum position behind the wheel a straightforward task.

Our Kia Forte sedan featured a deep storage bin under the center armrest, and there was also a covered bin under the dash. Both the sedan and hatchback offer impressive cargo capacity. The Forte sedan’s trunk provides 14.9 cubic feet for your belongings, while the hatchback offers 23.2 cubic feet of cargo room with all seats in place and 56.4 cubes with the rear seats folded.

Base LX sedans provide standard features such as woven cloth seat trim, 60/40 split-folding rear seats, a tilt-and-telescoping steering wheel and a six-way-adjustable driver’s seat. S sedans like our test car step things up a notch by adding sport black-cloth seats with contrast stitching and a soft-touch dash and upper door panels, as well as a leather-wrapped steering wheel and gearshift knob, a chrome parking-brake button and a map pocket on the back of the front-passenger seat. EX sedans add heated leather seats and a rear center arm rest.

In terms of both design and the quality of materials used, our Forte’s cabin was dressed to impress. The plastic found on the doors and the dash had a pleasing texture, and the interior had a modern appeal.

The EPA rates the Forte LX sedan with the manual transmission at 25/34 mpg city/highway. With the automatic transmission, the LX and S models get 29/38 mpg, while EX sedans get 25/33 mpg. These are strong numbers, but rivals such as the 2016 Mazda3 sedan get better fuel economy.

Our Forte sedan delivered good power for all highway and city driving maneuvers. The four-cylinder engine was peppy and energetic, offering eager acceleration. The six-speed automatic transmission provided shifts that were smooth and well timed.

Thanks to its sport-tuned suspension, the ride quality in the Forte S we tested was firm but not unpleasantly so, with a satisfying sense of connection with the road. Steering was responsive, and handling all around was quick-witted and engaging. The car’s brakes inspired confidence and wasted no time in bringing the Forte to a standstill.

A four-speaker sound system with steering-wheel-mounted audio controls, a CD/MP3 player, Bluetooth connectivity and satellite radio is standard the Forte LX sedan, while S and EX sedans get a six-speaker audio system. Voice-activated navigation is optional on S and EX models.

That’s a lower starting price than you’ll find with rivals such as the 2016 Volkswagen Golf and the 2016 Mazda3, and it points to the Forte’s exceptional value. We’d recommend stepping up to the S trim, since this allows you to access features such as Apple CarPlay and Android Auto. With the Forte S, you’re also able to add optional driver assistance features for safer travels.

Years ago, buyers seeking economically priced compact cars had to settle for the bare basics, but the 2017 Kia Forte is proof we have entered a golden age in affordable transportation. The Forte easily transcends expectations many buyers still carry regarding this humble segment. It looks great, offers strong fuel economy and is equipped with the latest technology features. This car’s low price tag brings no compromises.

Other picks to consider include the sporty Mazda3, the sleek Hyundai Elantra and the polished Volkswagen Golf. However, if your mandate is value, it’s hard to improve on the hard-working Kia Forte.

By Warren Clarke (Last Updated 12/19/2017)
Warren Clarke is a writer and editor whose work has been published in outlets such as the New York Daily News and Edmunds.com. He enjoys providing car owners with information that can help enhance and simplify their lives. 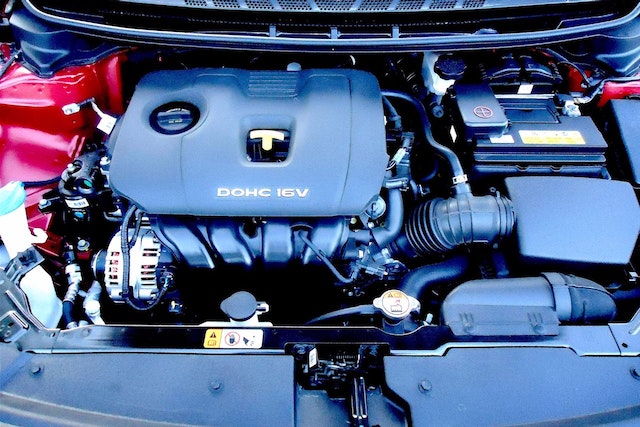 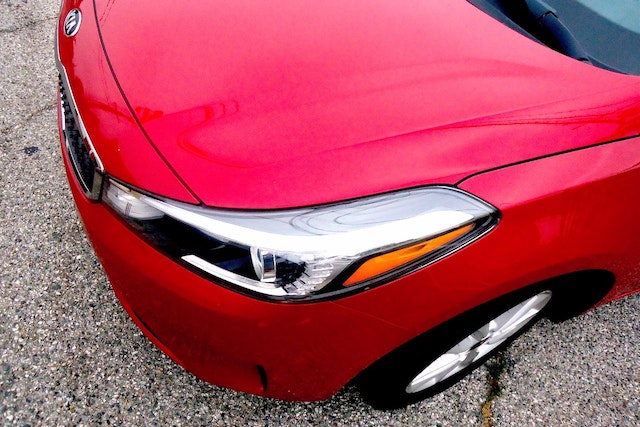 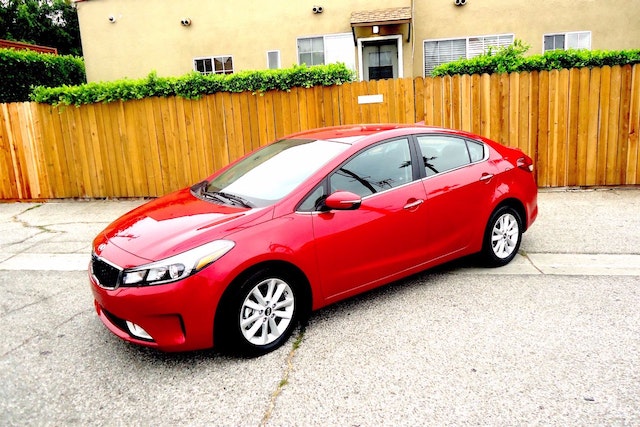 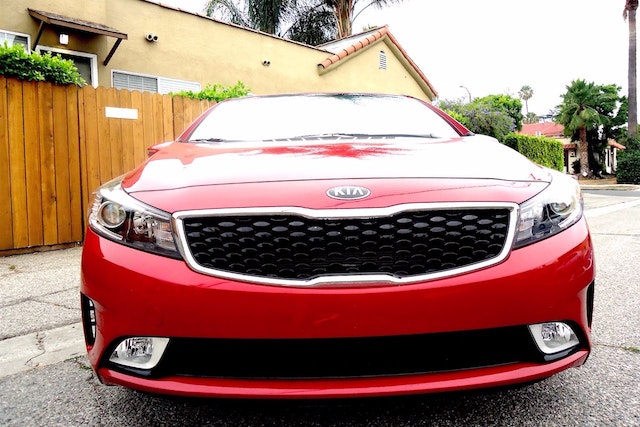 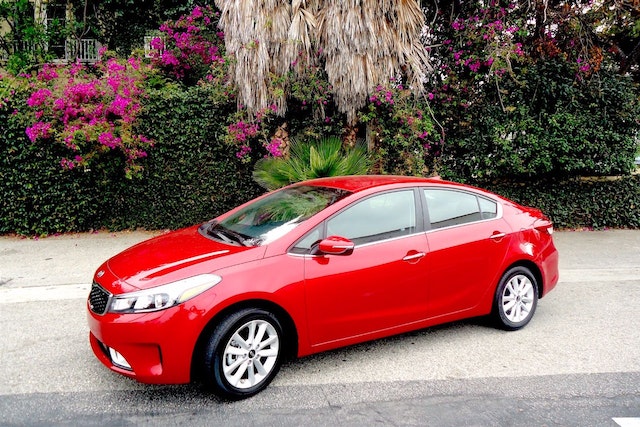 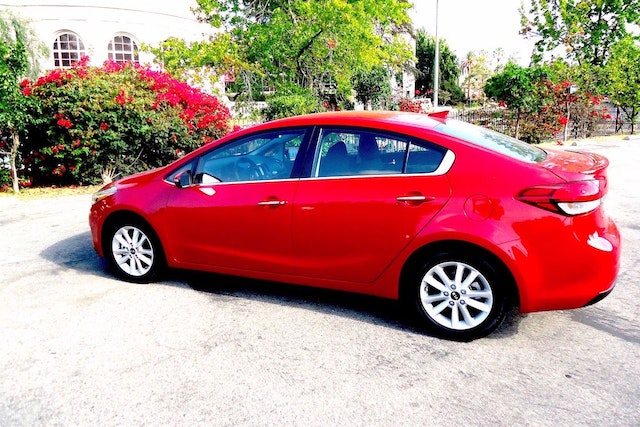 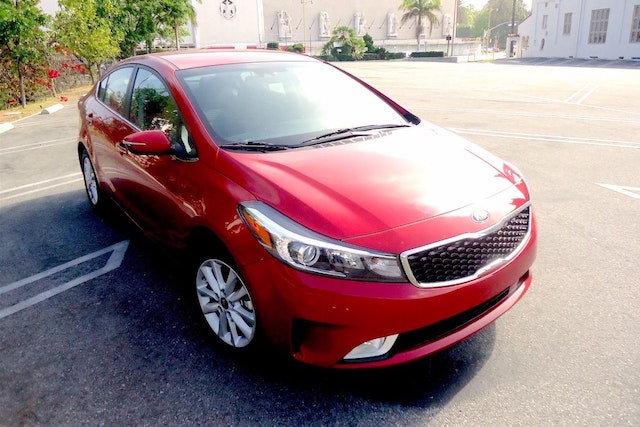 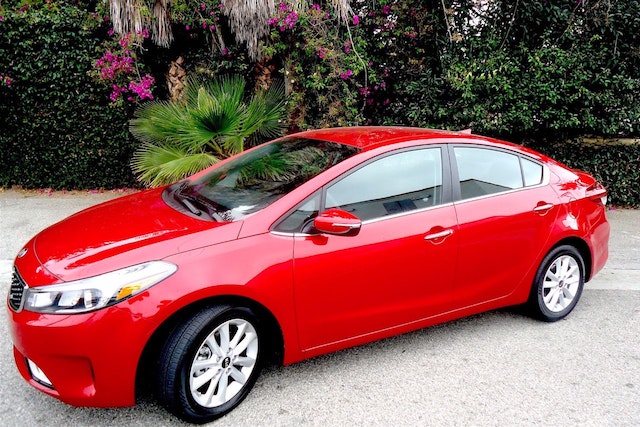 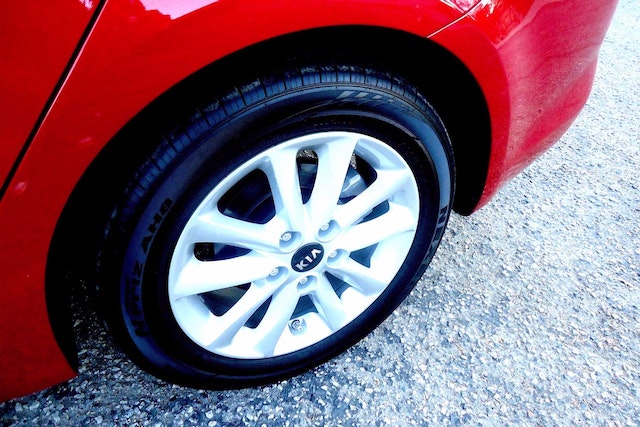 Good used car
"Paid too much for it. Solid car for $11,000 or less. 3 years old with less than 30,000 miles. Body is pretty clean, the plastic on the front bumper was pretty scraped up when I got it. Comfortable and very fuel efficient. The transmission is kinda weird for a CVT. It's my second Kia I've owned since I was 22 and I'm almost 30. Lol.. Carfax was accurate. I recommend this car, but.. avoid over paying for it I got conned into paying $13,000 for it. It's worth around $12,000 with 28,000 miles in absolute perfect condition. So definitely research for the best price. Trade in value for this particular brand/model is deadful. $8,500 if you're LUCKY. It looks great. Its quirky but great on gas and looks like just a regular commuter car. Definitely recommend. P"
Interior

Comfy seats -- interior is super cheaply made though.
Exterior

Love this car
"Very comfortable and easy to drive. I live in Michigan and the winters c as n be brutal. This car has no fear!"
Interior

Comfort for the kids
Cost

Forte
"I really liked it"
Interior

CARFAX offers millions of used cars for sale nationwide. Every listing includes the vehicle history. The data below is updated daily, based on used car inventory for sale on CARFAX.
2017 Kia Forte Deals on CARFAX
Percentage of 2017 Kia Forte for sale on CARFAX that are Great, Good, and Fair Value deals. Values are determined by whether the selling price is above, below, or the same as the history-based CARFAX Value.
Great Value
(204)
Good Value
(283)
Fair Value
(344)
No Badge
(250)
VEHICLE HISTORY SUMMARY
The Vehicle History Summary represents the percentage of cars available for sale on CARFAX that are reported to have no accidents or damage, had 1-owner, been used as a personal or personal lease car, and/or have service history information.