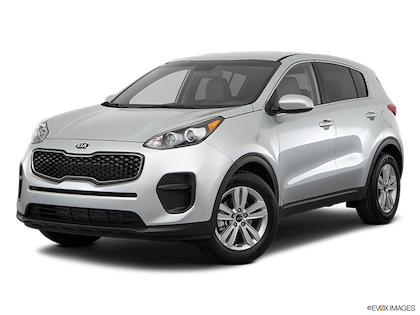 The Sportage seats five and is offered in LX, EX and SX trims. New technology and driver assistance features debut, including integration with Apple CarPlay and Android Auto.

The redesigned Kia Sportage makes a bold first impression with front-end styling resembling that of premium SUVs like the Porsche Cayenne. Kia’s “tiger nose” grille serves as the focal point, while the Sportage’s headlight assemblies sit higher up and blend with the smooth lines of the hood.

From the sides, the Sportage’s short front and rear overhangs provide an athletic stance, which is complemented by standard 17-inch alloy wheels and a roofline that peaks at the B-pillar before gradually sloping into a standard rear spoiler.

The redesigned Sportage’s interior feels premium, and you’ll immediately appreciate its driver-focused cabin design when you’re behind the wheel. Soft-touch plastics cover most touch points, and while hard plastics are used in some areas, they’re attractive and nicely textured. Our Sportage SX also offered sporty touches such as metal gas and brake pedals and a flat-bottom steering wheel.

The front seats are firm and supportive, with plenty of headroom even below our test model’s optional panoramic moonroof. There’s plenty of space in the second row as well, though taller passengers might want a bit more legroom if the front seats are pushed all the way back. The Sportage offers a useful, but not class-leading, amount of cargo space with 30.7 cubic feet behind the second row. Lowering those second-row seats opens up a maximum of 60.1 cubic feet of space.

A number of upgrades are available, including a heated steering wheel, heated and ventilated front seats, dual-zone automatic climate control and leather upholstery. The Sportage SX includes all of these as standard equipment, as well as a smart power liftgate that automatically opens if you stand behind the vehicle for 3 seconds.

The Sportage comes standard with a 2.4-liter four-cylinder engine that produces 181 horsepower and 175 pound-feet of torque. A six-speed automatic transmission and front-wheel drive are standard, and all-wheel drive is optional.

The base Sportage gets an EPA-estimated 22/29 mpg city/highway, which is acceptable for a compact SUV but certainly not among the best in class. Competitors such as the Honda CR-V, Mazda CX-5 and Subaru Forester are all capable of better fuel economy in both city and highway driving.

Where the Sportage shines, however, is with surprisingly athletic handling. Models like our test Sportage SX come with firmer shocks, which make it one of the most agile compact crossovers. Direct steering complements the Sportage’s excellent maneuverability, and the ride is controlled but still comfortable enough for your daily commute.

Our top-tier Sportage SX comes with an engine upgrade: a turbocharged 2.0-liter four-cylinder engine with 240 horsepower and 260 pound-feet of torque. There’s the slightest bit of lag off the line, but the Sportage’s turbo-four provides exceptional power in most driving situations. A Sport mode makes it stronger still, while features such as an electronically locking center differential provide more capability in adverse driving conditions.

The base Kia Sportage LX comes with satellite radio, Bluetooth and USB connectivity and a six-speaker audio system with a 5-inch touch screen. Available features include proximity key with push-button start, a Harman Kardon audio system and a 7-inch infotainment system with Apple CarPlay and Android Auto. An 8-inch touch screen is also offered, which adds navigation to the list of features provided with the 7-inch display.

As tested, our Kia Sportage SX came standard with navigation and the 8-inch touch screen. It’s a straightforward system with user-friendly menus and quick response times. Pairing a smartphone is a snap, and searching by points of interest made it easy to get directions to local destinations. A row of eight buttons below the touch screen provides quick access to primary functions such as navigation, media and phone menus.

The Sportage deserves recognition for being among the first in its class to offer Apple CarPlay and Android Auto, which come standard on EX and SX models. Competitors offering similar functionality include the 2017 Ford Escape and Volkswagen Tiguan.

The 2017 Sportage comes standard with a rearview camera. A host of driver assistance features are optional on the midlevel Sportage EX and standard on the SX. These include blind spot monitoring, rear cross-traffic alert, forward collision warning with autonomous braking, front and rear parking sensors and lane departure warning.

In crash tests conducted by the Insurance Institute for Highway Safety (IIHS), the 2017 Sportage earned top scores of Good in all crashworthiness categories. When equipped with forward collision warning, the Sportage also received a top Superior rating for front crash prevention. As a result, the IIHS awarded the Sportage with its Top Safety Pick+ award.

Kia sells the SX as a fully loaded model, with every option available elsewhere in the Sportage line included as standard equipment. As a result, we think a top-tier Sportage SX represents a great value, especially when you consider the clear-cut pricing structure.

The SX trim includes features the driving enthusiast wants, such as firmer suspension tuning and the more powerful turbocharged engine. Still, many shoppers may be better served by the midlevel Sportage EX, which includes features such as Apple CarPlay, heated front seats, leather upholstery and keyless access with push-button start.

A $1,900 Premium package adds many of the SX’s desirable features, including blind spot monitoring, a panoramic moonroof and a heated steering wheel. Throw in all-wheel drive and the Premium package, and a Sportage EX should retail for just shy of $29,800.

The new Sportage may not lead the class when it comes to fuel economy or cargo space, but it excels in a number of other areas and truly shines as one of the better compact SUVs in the segment. While the base model comes well equipped, higher trims offer an exceptional level of feature content in a package that’s beautifully styled, inside and out. Driving dynamics that are among the most enjoyable in the class further the Sportage’s appeal, proving that a crossover can provide a little driving fun along with the mandatory utility. 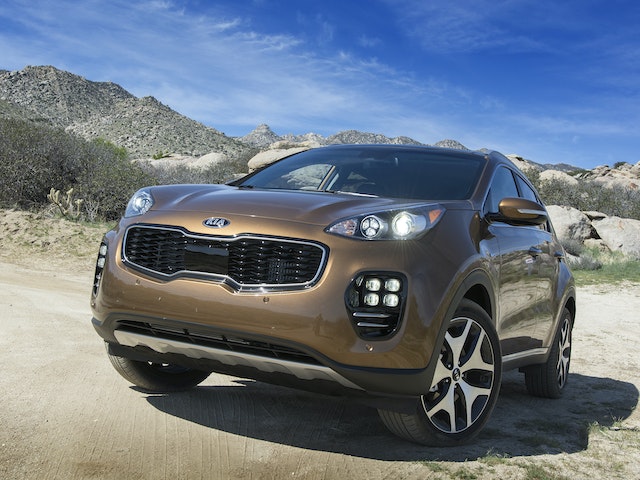 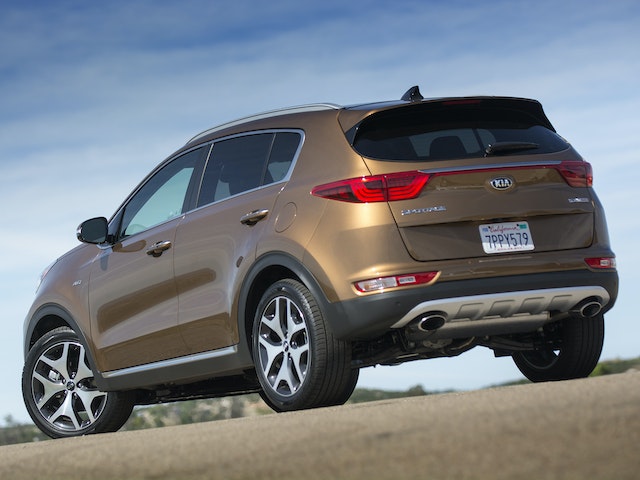 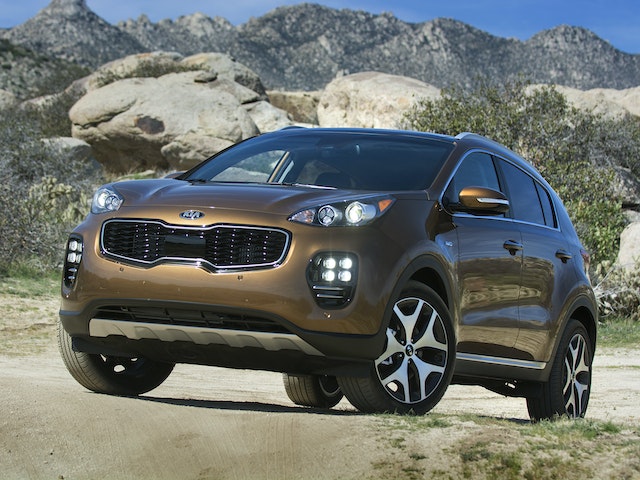 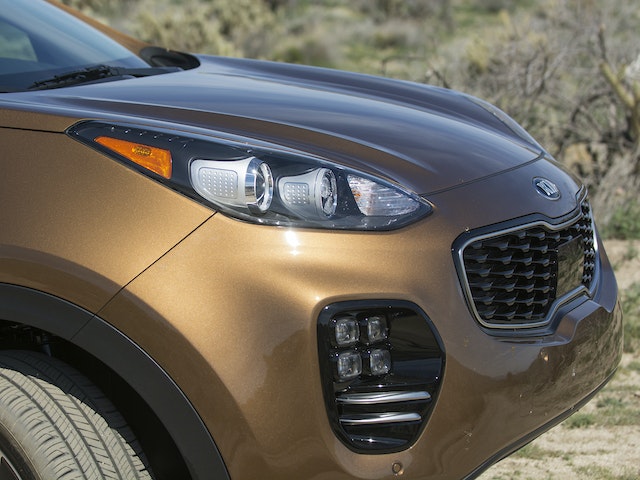 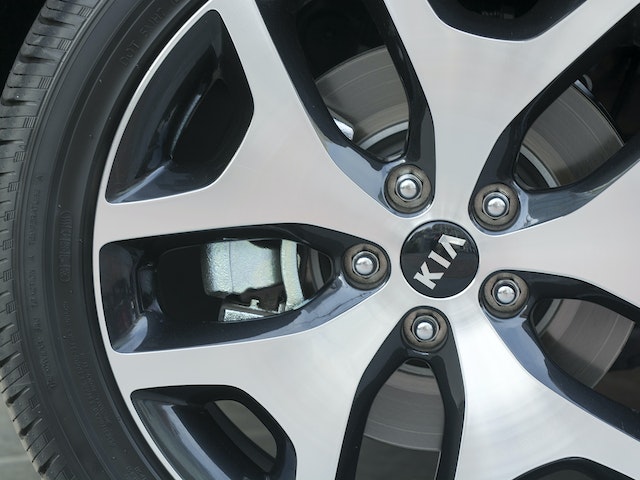 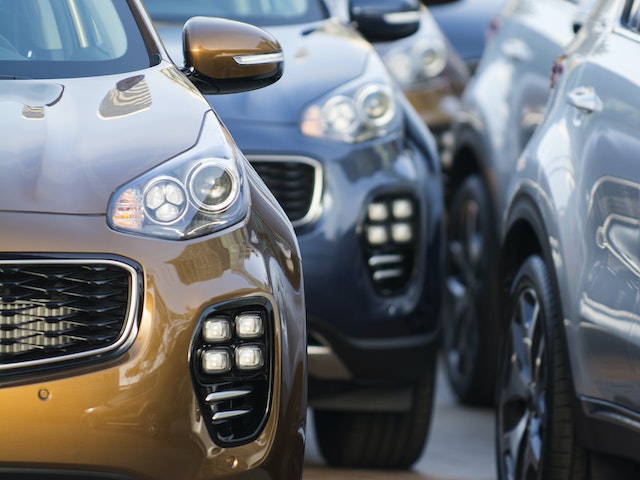 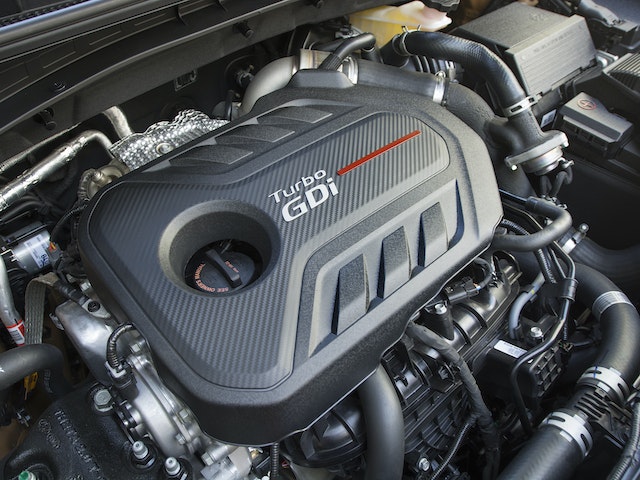 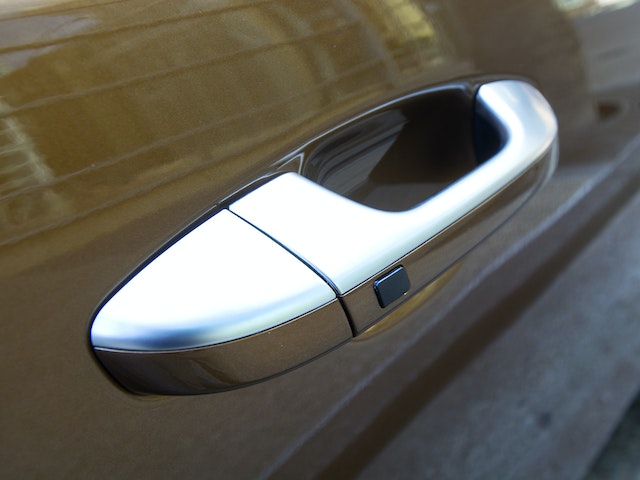 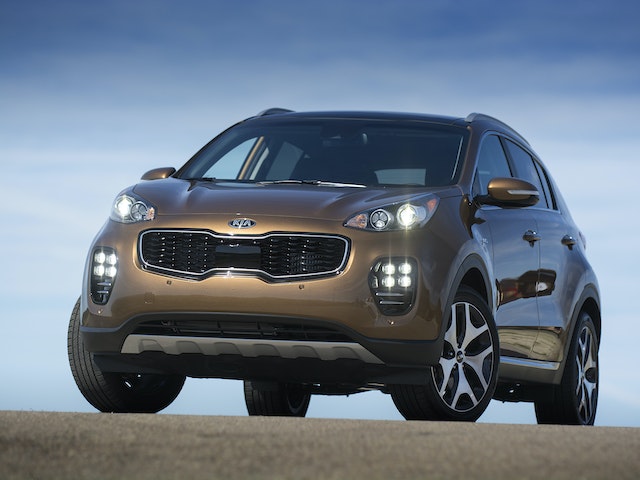 My Copper Sportage SUV
"2017 SUV. Great car for travel, shopping and touring the town. Good gas mileage. Excellent condition, garage kept, washed inside out frequently. As of 5/15/2020, only had 6,755. Love my car!!"
Interior

Awesome Car
"Great car at any price. Really like what that did to body style and interior placement. This is our third sportage. We also have a 2005 that is still on the road."
Read Less

CARFAX offers millions of used cars for sale nationwide. Every listing includes the vehicle history. The data below is updated daily, based on used car inventory for sale on CARFAX.
2017 Kia Sportage Deals on CARFAX
Percentage of 2017 Kia Sportage for sale on CARFAX that are Great, Good, and Fair Value deals. Values are determined by whether the selling price is above, below, or the same as the history-based CARFAX Value.
Great Value
(366)
Good Value
(363)
Fair Value
(445)
No Badge
(346)
VEHICLE HISTORY SUMMARY
The Vehicle History Summary represents the percentage of cars available for sale on CARFAX that are reported to have no accidents or damage, had 1-owner, been used as a personal or personal lease car, and/or have service history information. 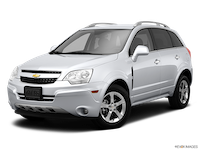 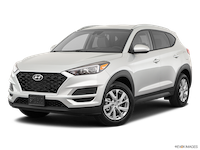