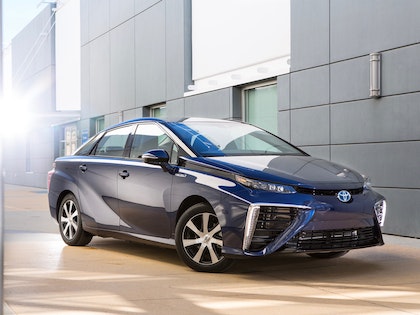 Automakers are moving toward alternative fuels to meet stricter fuel economy and emissions regulations. The 2018 Toyota Mirai is one of a few vehicles that run solely on hydrogen. Because of its fuel source, the futuristic sedan emits only water. Available in just a few states, the Mirai puts its green status at the top of its list, meaning other fuel-efficient vehicles are more comfortable, have better performance and aren’t as futuristically styled.

The 2018 Toyota Mirai is a sedan that seats up to four people. The Mirai is available in one trim. Power comes from a fuel cell stack that combines oxygen and hydrogen to generate electricity and water vapor. The electricity powers an electric motor that drives the front wheels. The Mirai features a one-speed direct drive transmission.

For 2018, the Mirai undergoes a few minor changes. It comes with two additional USB ports and an upgraded infotainment system. When the vehicle initially came out, it was available only in California. Now, it’s also sold in New Jersey, Massachusetts, Connecticut, Rhode Island and New York.

There’s one word for the Mirai’s styling: drastic. There are numerous creases, sharp edges and curves in the sedan’s design. The front end is dramatically styled with a creased hood, slim grille and triangular front air intakes. The side has an interesting beltline that swoops up as it reaches the rear of the vehicle. At the back, the sedan’s just as futuristic, with triangular taillights and a taillight bar that runs the entire width of the vehicle.

The Mirai’s interior isn’t as futuristic as the vehicle’s exterior, but it is modern. Massive screens dominate the interior and give the vehicle a spaceship-like feel. Interior materials aren’t as nice as those of some competitors, and the positioning of the controls will be tricky for some to grasp. The cabin is spacious, but the high-seating position takes some headroom away. The location of the fuel-cell stack, beneath the seats, allows for a lot of mechanical noise to come into the cabin.

The Mirai’s fuel-cell powertrain won’t appeal to enthusiasts, but its fuel efficiency makes it a great option for consumers looking to move away from gasoline-powered machines. The 153-horsepower fuel-cell stack sends electricity to an electric motor that’s connected to the front wheels. The one-speed direct-drive transmission doesn’t provide any traditional shifts, making for a smooth ride. The vehicle isn’t as quick as its competitors, but it’s a good option for urban locations.

The Mirai is capable of achieving 66/66 mpg city/highway. The sedan has a range of 312 miles on a full tank and for consumers who lease a Mirai, Toyota provides free hydrogen for three years or 36,000 miles.

As a vehicle that emphasizes fuel efficiency, the Mirai isn’t as sporty as some other fuel-efficient offerings. While the sedan handles daily driving tasks in stride, the vehicle isn’t meant to handle windy roads. 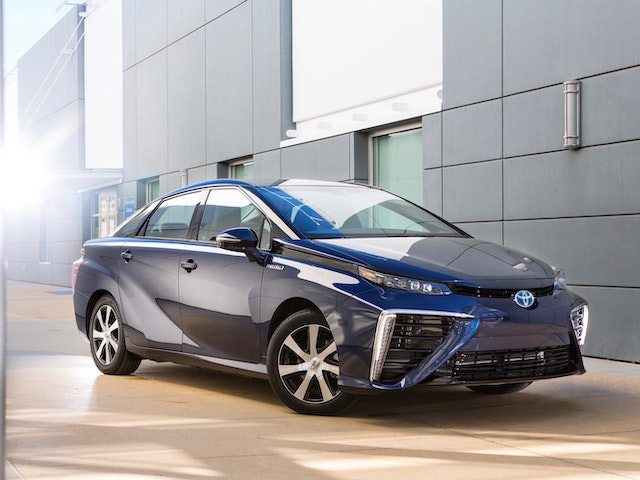 The 2018 Toyota Mirai has not been tested

* IIHS rates vehicles Good, Acceptable, Marginal or Poor
The 2018 Toyota Mirai has not been tested

There are no Reviews for the 2018 Toyota Mirai. Be the first to write a review.