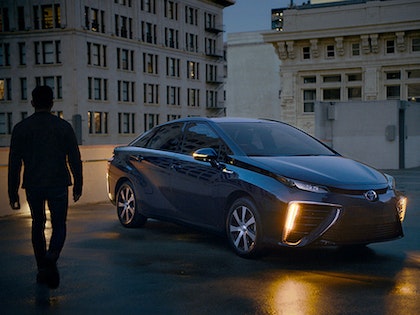 The 2019 Toyota Mirai is one of the industry’s few mass-produced hydrogen fuel cell cars. It’s no stretch to consider it the vehicle of the future that’s already here. In fact, the name Mirai means “future” in Japanese. It’s dramatically cast, with concept car-like styling that enables it to stand out in a crowded parking lot. The Mirai’s performance is on par with internal combustion engine models. Unfortunately, it’s only available from a small number of dealerships in Northern and Southern California, and Oahu, Hawaii, and there’s very limited infrastructure for hydrogen fueling.

A midsize sedan, the 2019 Toyota Mirai seats four. It’s powered by the combination of a hydrogen fuel cell, an electric motor and a battery. It comes in a single trim level. The Mirai’s competition is limited to the Honda Clarity and Hyundai Nexo, which are offered only in California.

For 2019, the Mirai receives upgrades to its infotainment/navigation system, a built-in Wi-Fi connection and a larger Qi-compatible wireless charging station for mobile phones.

The 2019 Toyota Mirai is longer, taller and a bit wider than a Toyota Prius, and it comes wrapped in distinctive styling. It sports a crisp, wedge-shaped profile with complex creases and curves from front to rear. An aggressive-looking face features slim auto-high-beam LED headlamps that reach rearward into the front fenders. They reside above a pronounced three-part black grille, with the outboard sections incorporating LED running lights. The bumpers and side mirrors are color-keyed, and there are LED taillights at the rear.

The 2019 Mirai’s interior exudes a high-tech look and feel. It’s nicely trimmed in piano black with faux aluminum and carbon fiber accents. Instead of conventional instrumentation, a narrow electronic display at the top center of the dashboard, near the windshield, shows the vehicle’s speed and other information. Beneath it, there’s a 7-inch touchscreen for the car’s infotainment system. A large center stack incorporates a separate screen for the climate control system and touchpoint controls.

The 2019 Toyota Mirai utilizes a solid polymer electrolyte fuel cell to turn stored hydrogen and oxygen from the atmosphere into electricity, which is used to power an electric motor. Fuel is stored in two carbon-fiber-reinforced hydrogen tanks. Energy also is retained in a lithium-ion battery pack that allows regenerative braking and gives the motor a power boost when necessary. The electric motor generates the equivalent of 151 horsepower, with a strong 247 pound-feet of torque that makes it feel like it packs a V6 gas engine. According to Toyota, the Mirai can sprint from 0-60 mph in 9 seconds. Its curb weight of nearly 4,100 pounds keeps the car from getting to that point any faster. That’s nearly 1,000 pounds heavier than a Toyota Prius.

The Mirai can run for an estimated 312 miles with a full supply of hydrogen, and it takes about five minutes to refill. That’s providing you have access to a hydrogen facility, of which there are few. The car’s only emission is water that’s released from beneath the vehicle. It’s rated at the equivalent of 67 mph in both city and highway driving. Toyota pays an owner’s fuel costs for three years or 15,000 miles, whichever comes first. 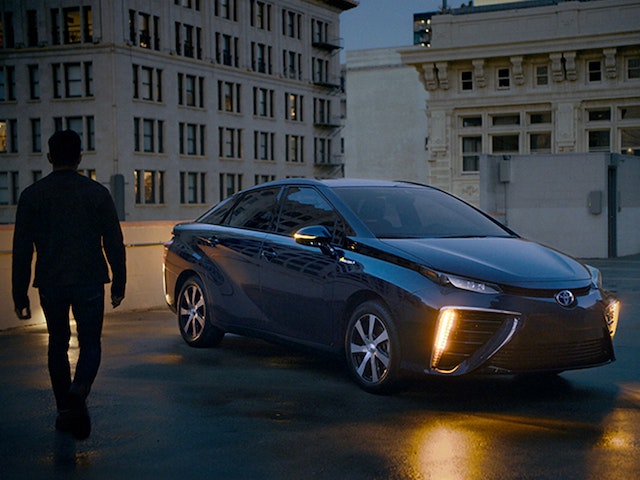 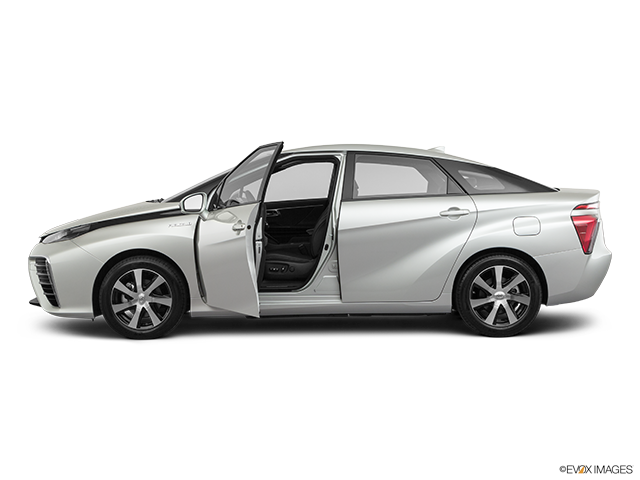 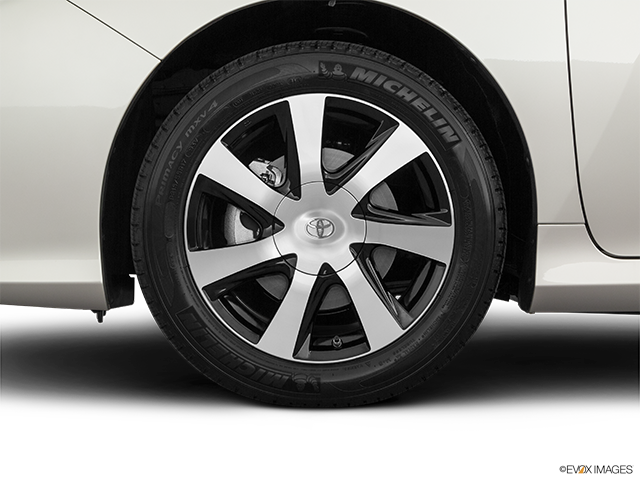 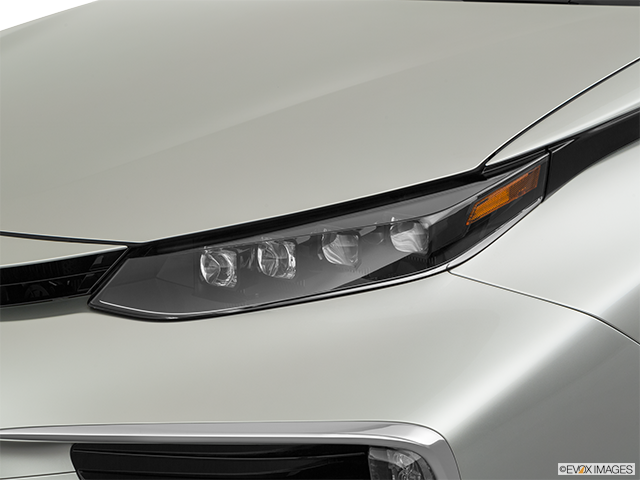 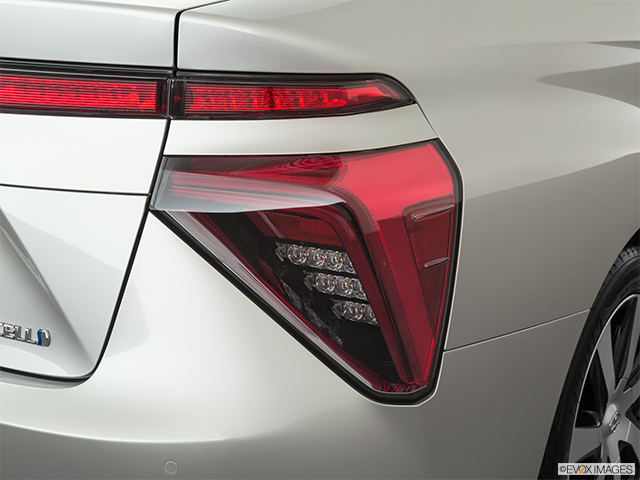 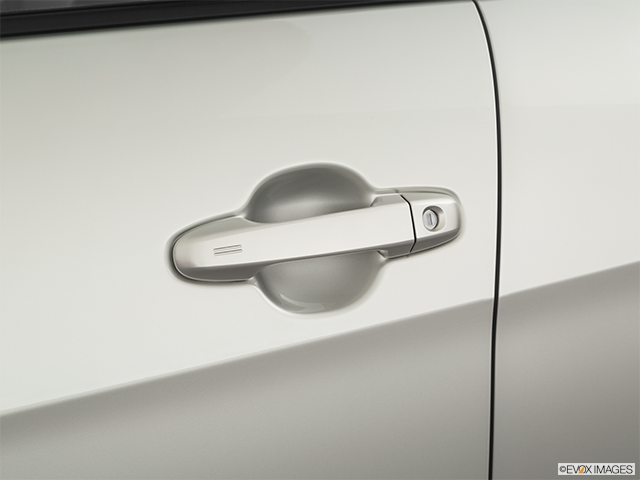 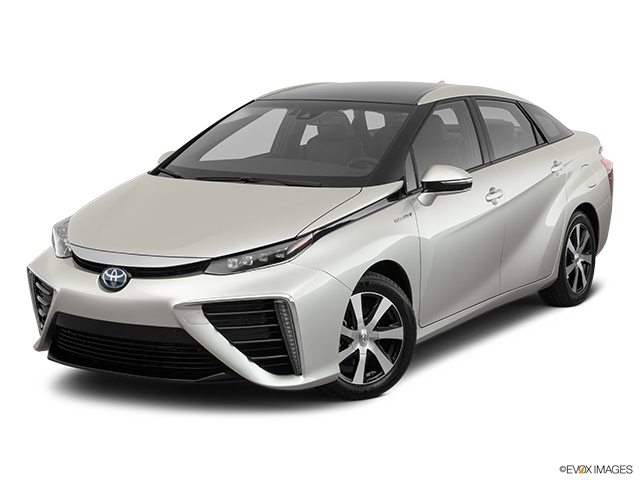 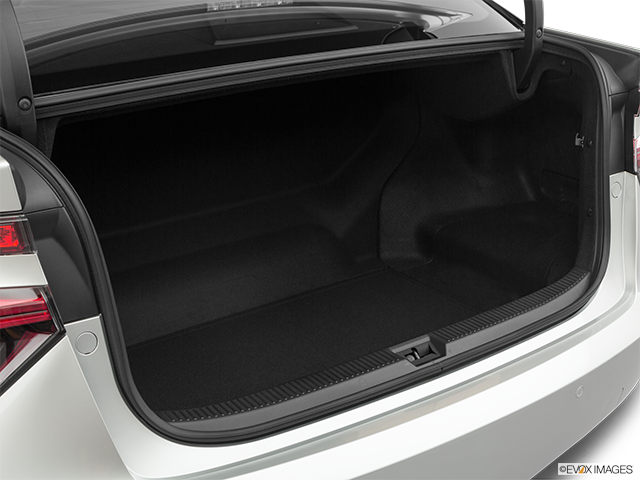 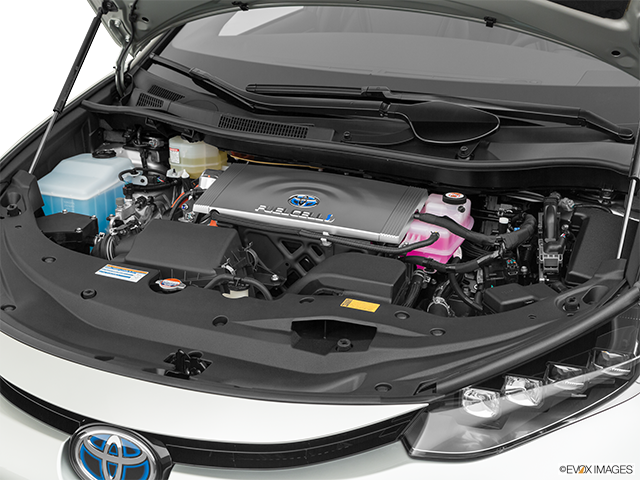 The 2019 Toyota Mirai has not been tested

* IIHS rates vehicles Good, Acceptable, Marginal or Poor
The 2019 Toyota Mirai has not been tested

There are no Reviews for the 2019 Toyota Mirai. Be the first to write a review.