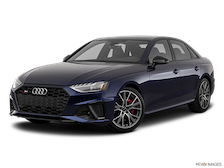 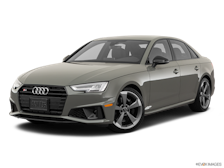 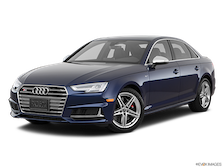 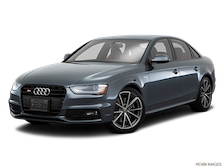 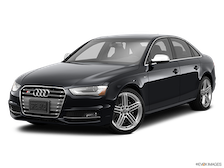 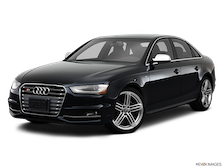 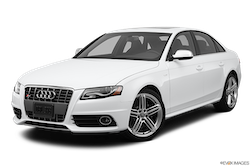 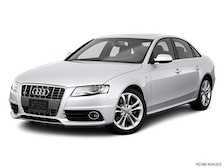 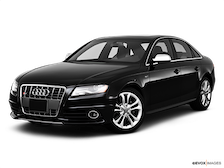 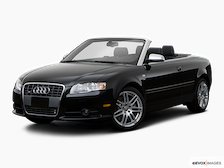 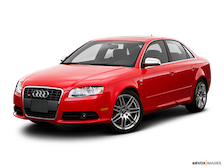 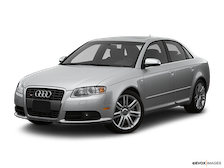 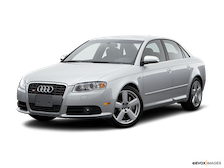 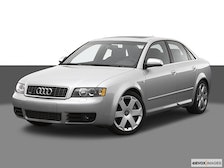 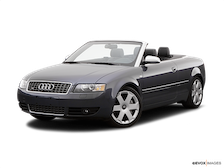 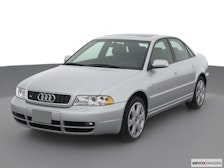 The Audi S4 blends impressive performance and high-end luxury into a nimble package. It also benefits from the latest Audi technologies.

Starting a new generation for 2018, the Audi S4 is the high-performance version of the Audi A4 compact premium sedan. The latest S4 offers many improvements over past models, beginning with an upgraded V6 engine. A key change is the new engine’s turbocharger. The previous S4 V6 relied on a supercharger. Due to the switch, the current S4 gains some horsepower and torque when compared with the outgoing model. The tale of the tape for the 2018 car shows 354 horsepower. Also new is a standard eight-speed automatic transmission. All-wheel drive and a multi-mode drive system remain standard.

For even sharper reflexes, there are S4 performance options like a sport adaptive damping suspension and dynamic steering. The Audi S4 also offers new luxury options. The current S4 can now supply a standard massage function and optional ventilation for the front row, plus heat for the rear seats and steering wheel. Only heated front seats were previously offered.

Technology updates for the newest S4 generation include a new standard infotainment system. Designed to help keep you connected, this setup bundles features like Android Auto and Apple CarPlay. Audi’s “virtual cockpit” is a new technology option for the sixth-generation Audi S4. This replaces the conventional instrument panel with a digital display. It can show three different views. Along with standard and navigation modes, there’s a dedicated “sport” view.

Thanks to that kind of cutting-edge technology and its proven performance, the Audi S4 is an excellent example of the modern-day sport sedan.

For S4 alternatives, check out the higher trims for the BMW 3 Series and Mercedes-Benz C-Class sport sedans.

The original S4 launched in the early 1990s as part of the Audi 100 family. The car had a performance focus from the beginning, thanks to standard features like all-wheel drive and a standard 2.2-liter turbocharged engine. That unit is configured with five cylinders arranged in a single line to produce 227 horsepower and 258 pound-feet. of torque. A five-speed manual transmission is standard, with a four-speed automatic available.

After the Audi A4 replaced the Audi 100, the automaker continued to use the “S4” name for the lineup’s best-performing trim level. The second-generation Audi S4, which debuted in 1997, upsizes to a 2.7-liter twin-turbo V6. Output increases to 250 horsepower and 295 pound-feet of torque. Each gearbox also gains a gear. A six-speed manual is standard and a five-speed automatic is the optional transmission.

The redesigned 2004 Audi S4 is the first with a naturally aspirated V8. This 4.2-liter engine makes 340 horsepower and 302 pound-feet of torque. Audi expands the lineup to include S4 Avant and S4 Cabriolet models, with station-wagon and convertible body styles. The new S4 sedan is also noticeably larger inside, especially in terms of space for rear-seat passengers.

Audi updated the S4 again in 2005. New styling and a new platform are highlights for this generation, although the engine for the car is unchanged.

In 2010, for the S4’s next overhaul, Audi introduced a supercharged 3.0-liter V6. That engine delivers 333 horsepower and 325 pound-feet of torque through either a six-speed manual or seven-speed dual-clutch automatic transmission. The fifth-generation S4 was in production through the 2016 model year. In those cars, equipment includes mobile Wi-Fi, heated leather seats, Bang & Olufsen audio systems, adaptive cruise control and other driver-assistance technologies.

CARFAX offers millions of used cars for sale nationwide. Every listing includes the vehicle history. The data below is updated daily, based on used car inventory for sale on CARFAX for the last five model years of this car. Find Used Audi S4 For Sale
Audi S4 Deals on CARFAX
Percentage of Audi S4 for sale on CARFAX that are Great, Good, and Fair Value deals. Values are determined by whether the selling price is above, below, or the same as the history-based CARFAX Value.
Great Value
(106)
Good Value
(120)
Fair Value
(51)
No Badge
(33)
VEHICLE HISTORY SUMMARY
The Vehicle History Summary represents the percentage of cars available for sale on CARFAX that are reported to have no accidents or damage, had 1-owner, been used as a personal or personal lease car, and/or have service history information. 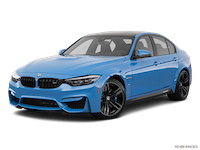