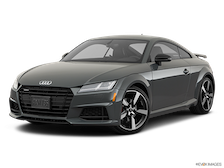 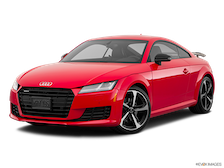 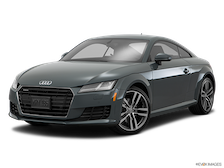 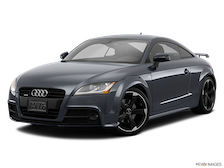 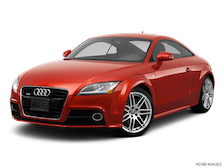 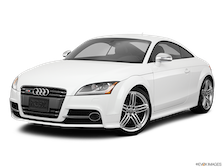 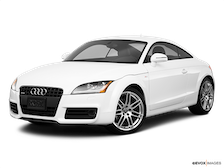 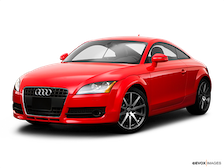 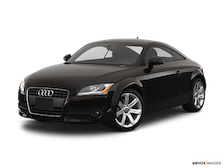 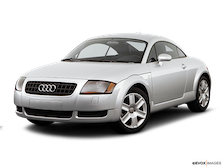 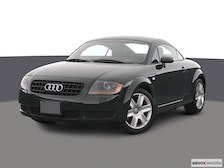 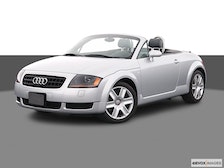 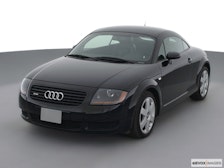 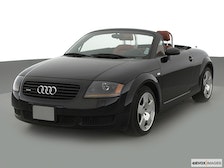 Whether you opt for the four-passenger coupe or the two-seat roadster, the Audi TT offers turbocharged all-wheel drive performance, stunning technology and a surprising amount of real-world practicality for a relatively affordable price.

The third-generation Audi TT is a four-passenger coupe or a two-passenger convertible. Like other vehicles in the Audi lineup, the TT hugs the road with the automaker’s lauded Quattro all-wheel drive system. Attractive styling makes the Audi TT equally striking from the curb or behind the steering wheel. The driver-centric interior includes an all-digital “virtual cockpit” instrument display, highly adjustable leather seats and a helpful rear park-assist system.

Audi enthusiasts that are fans of the brand’s R8 halo car will delight in the manufacturer’s “baby R8” designation of the third-gen TT. Living up to the hype, the Audi TT and TTS provide driving dynamics that are offered by very few vehicles at any price. Precise steering is complemented by road-hugging all-wheel drive and a sport-tuned suspension, which makes even a trip to the supermarket something to look forward to.

The third-generation Audi TT includes a new virtual cockpit with a 12.3-inch display, which turns the gauge cluster into a highly configurable and dramatic visual experience. An automatic climate control system that is artfully integrated into the vent dials comes standard. The TT’s front seats provide a nice balance of sport and comfort, although coupe’s rear seats should be considered for “emergency use only.” Of course, folding down the rear seats expands the coupe’s cargo space to an entirely useful 25 cubic feet.

A premium audio system is controlled through the Audi’s proprietary MMI interface. USB and Bluetooth hands-free connectivity provide easy smartphone integration. An optional Technology package adds one of the best navigation systems available in any vehicle, as well as blind spot monitoring, a rearview camera and a 4G LTE Internet connection with a built-in Wi-Fi hot spot.

The Audi TT and TTS are strong competitors in a wildly contested luxury sports car marketplace, undercutting the front-runners from Porsche and BMW – namely the Cayman, Boxster and Z4 – significantly in price. Other competitors include the Chevrolet Corvette, Jaguar F-Type, Mercedes-AMG SLK55, Nissan 370Z and Alfa Romeo 4C.

The first-generation Audi TT started out as a coupe in 2000 and was joined by a convertible for the 2001 model year. The original TT was powered by a 180-horsepower, turbocharged 1.8-liter four-cylinder engine connected to a five-speed manual transmission. Front-wheel drive is standard and Audi’s Quattro all-wheel drive system was available as an option. An automatic transmission, a more powerful turbo-four and a V6 engine were added during the first-generation’s run, which ended with the 2006 model year.

After a year off, the second-generation Audi TT was launched for 2008. New styling yielded a slightly curvier TT that trades a bit of the original’s edge for a softer appeal. The base second-generation TT was powered by a turbocharged 2.0-liter four-cylinder engine that’s mated to a dual-clutch automatic transmission. Early second-generation TT 2.0T models are only available with front-wheel drive. The top-tier Audi 3.2 Quattro is powered by a 3.2-liter V6 engine and your choice of either a six-speed manual transmission or a dual-clutch automatic.

CARFAX offers millions of used cars for sale nationwide. Every listing includes the vehicle history. The data below is updated daily, based on used car inventory for sale on CARFAX for the last five model years of this car. Find Used Audi TT For Sale
Audi TT Deals on CARFAX
Percentage of Audi TT for sale on CARFAX that are Great, Good, and Fair Value deals. Values are determined by whether the selling price is above, below, or the same as the history-based CARFAX Value.
Great Value
(24)
Good Value
(29)
Fair Value
(36)
No Badge
(34)
VEHICLE HISTORY SUMMARY
The Vehicle History Summary represents the percentage of cars available for sale on CARFAX that are reported to have no accidents or damage, had 1-owner, been used as a personal or personal lease car, and/or have service history information. 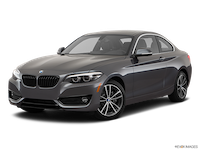 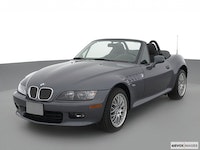 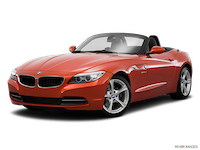 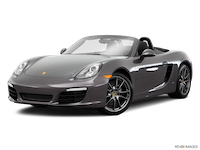 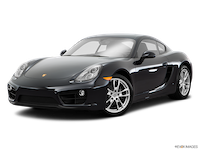