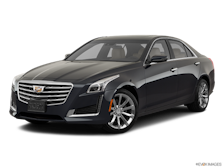 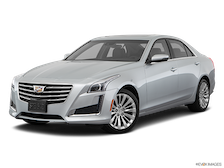 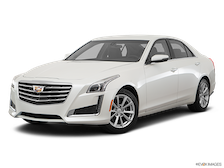 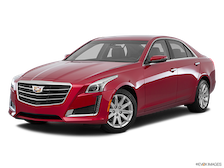 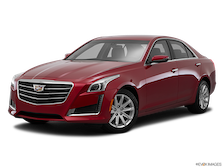 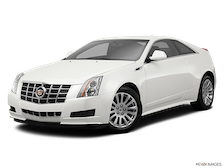 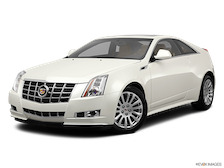 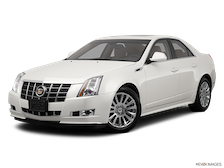 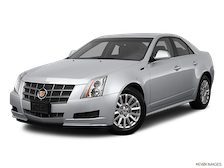 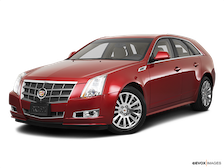 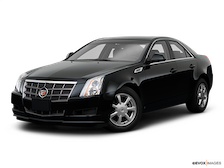 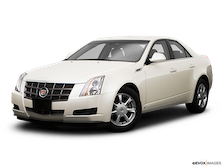 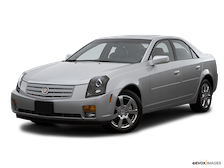 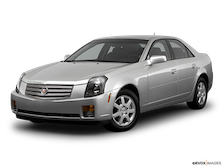 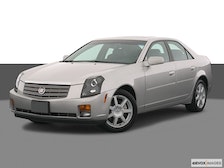 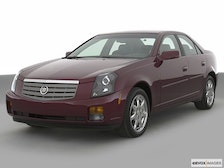 The Cadillac CTS jumpstarted the top American luxury brand’s move into global competition. Its introduction showed the world that Cadillac was serious about taking on the largest, most prestigious names in luxury. Now in its third generation, the work is starting to pay off.

The Cadillac CTS was redesigned for 2014. It moved from the Sigma platform it had since its inception to the new Alpha platform that’s shared with the smaller Cadillac ATS, and was again offered only as a sedan. Styling also closely mimics the ATS with sharper and more refined lines, although the CTS is still unmistakably a Cadillac. A turbocharged 2.0-liter four-cylinder engine with 272 horsepower and a six-speed automatic transmission are standard. Most models, however, get an available 3.6-liter V6 with 320 horsepower and an eight-speed automatic transmission. Finally, a turbocharged V6 with 420 horsepower is available in CTS Vsport models. Rear-wheel drive is standard, while all-wheel drive is available on all but the CTS Vsport.

For 2015, a redesigned grille with the new Cadillac emblem graced the front of all CTS models. A wireless charging station was added, as well as an updated OnStar 4G LTE system with a built-in Wi-Fi hot spot.

A new Cadillac CTS-V debuted for the 2016 model year, featuring a supercharged 6.2-liter V8 that’s shared with the Chevrolet Corvette Z06. CTS models with the turbo-four and V6 engines gain start-stop technology. The 3.6-liter V6 got a boost in power and an eight-speed automatic became standard across the model line.

New tech features also debut on the 2016 CTS, including an available 360-degree camera system and the introduction of Apple CarPlay and Android Auto.

The Cadillac CTS can be cross-shopped with luxury large cars like the Audi A6, BMW 5 Series, Infiniti Q70, Lexus GS and Mercedes-Benz E-Class.

The CTS was introduced in 2002 as a 2003 model. It debuted the new rear-wheel drive Sigma platform, which was specifically designed for Cadillac. The CTS was initially powered by a 3.2-liter V6 with 220 horsepower, which is mated to a five-speed automatic transmission. But it was the first Cadillac since the Cimarron of the ’80s that could also be had with a manual transmission, which was essential to the car being taken seriously as a sport sedan.

While priced like a BMW 3 Series, the CTS was sized closer to the larger 5 Series, and it offered more interior and trunk space than its compact luxury sedan rivals. This, however, dulled some of its sporting credentials. A Sport Package with larger tires and stiffer suspension was available. Other key options included navigation, a Bose audio system and a sunroof.

For 2004, a new 3.6-liter V6 with 255 horsepower joined the engine roster. The interior received some changes to the finish and a Sport package was more widely available. In 2005, the 3.2-liter V6 was dropped in favor of a new, 210-horsepower, 2.8-liter V6 that’s based on the 3.6-liter engine. The larger V6 remained an option. A six-speed manual transmission and leatherette upholstery became standard.

The CTS got some new exterior and interior trim, as well as newly optional 18-inch wheels for 2006. In its last year before a full redesign, the 2007 CTS carried over basically unchanged.

The second-generation CTS was made from 2008 until 2013. It continued to use the Sigma platform, with most exterior and interior dimensions being similar. But the styling was less edgy and bolder chrome accents were added. The 2.8-liter V6 was dropped and the 3.6-liter V6 became the base engine, still with 255 horsepower. But a new, direct-injected version with 304 horsepower was added to the list of available features. Both engines were available with a six-speed manual or a new six-speed automatic, and all-wheel drive became available.

A panoramic moonroof, a pop-up navigation display and a Sport package were available. While not quite on the mark for either the BMW 3 Series or 5 Series market, the CTS was a sales success for Cadillac.

In 2010, a wagon was added to the lineup and a new 3.0-liter V6 with 270 horsepower replaced the old base engine and offered better fuel economy.

In 2012, the 3.6 liter V6 got uprated to 318 horsepower and was only offered with the automatic transmission. A mild facelift brought a new grille and package changes. For its final year ahead of a redesign, the 2013 CTS lost both its most basic model and the manual transmission.

CARFAX offers millions of used cars for sale nationwide. Every listing includes the vehicle history. The data below is updated daily, based on used car inventory for sale on CARFAX for the last five model years of this car. Find Used Cadillac CTS For Sale
Cadillac CTS Deals on CARFAX
Percentage of Cadillac CTS for sale on CARFAX that are Great, Good, and Fair Value deals. Values are determined by whether the selling price is above, below, or the same as the history-based CARFAX Value.
Great Value
(281)
Good Value
(319)
Fair Value
(177)
No Badge
(130)
VEHICLE HISTORY SUMMARY
The Vehicle History Summary represents the percentage of cars available for sale on CARFAX that are reported to have no accidents or damage, had 1-owner, been used as a personal or personal lease car, and/or have service history information. 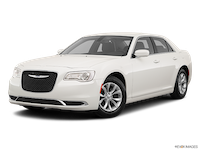 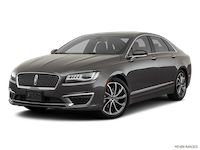