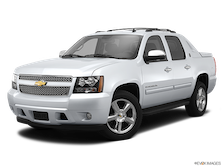 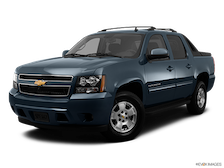 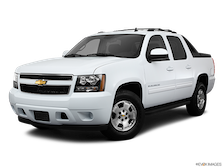 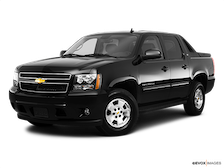 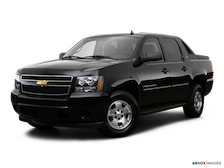 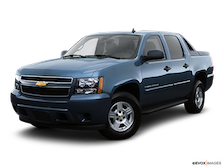 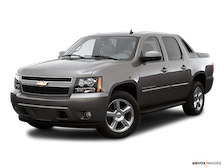 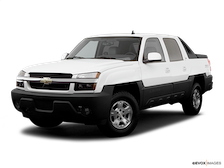 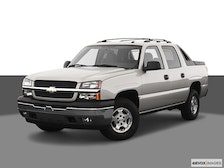 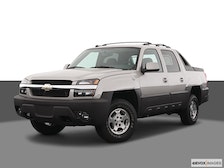 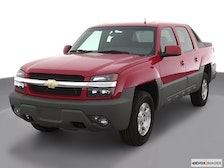 Last sold as a 2013 model, the Chevrolet Avalanche is a good option if you want a robust truck that also puts comfort at the forefront for a family or work crew.

As one of the more prominent members of the Sport Utility Truck (SUT) segment, the second-generation Chevrolet Avalanche offers plenty of versatility, along with a spacious interior and compliant ride. The most recent Avalanche model debuted for 2007, and was built on the same platform as the Cadillac Escalade EXT and Chevrolet Suburban.

The Chevy Avalanche comes with a standard 5.3-liter V8 engine that generates 320 horsepower. A 6.0-liter V8 that produces 366 horsepower was also available through the 2009 model year. Earlier models come with a four-speed automatic transmission, while a six-speed automatic transmission became standard starting with the 2009 Avalanche. Rear-wheel drive is standard and four-wheel drive is optional.

The Avalanche seats up to six when equipped with a front bench and was offered in LS, LT and LTZ trims. Its 5-foot-3-inch cargo bed can be expanded into the cabin by folding the rear seats and lowering the Avalanche’s “midgate,” which expands the length of the bed to roughly 8 feet.

Standard features include a power-adjustable driver’s seat, power windows and locks, keyless entry and an auxiliary input jack. Satellite radio was added to the list of standard features on the 2008 model and Bluetooth became standard on the 2009 Avalanche. For 2010, the Avalanche gained a standard USB port. The Avalanche’s standard safety equipment includes a suite of air bags, anti-lock brakes, stability control and the OnStar telematics system.

Although the segment has dwindled, the Chevrolet Avalanche can be crossed shopped with a few SUTs of the same era, including premium models like the Cadillac Escalade EXT and Hummer H2T. Smaller models like the Ford Explorer Sport Trac might also be considered. If you’re shopping for a newer model, crew cab versions of full-size trucks like the Chevrolet Silverado 1500, Ford F-150, GMC Sierra 1500, Nissan Titan, Ram 1500 and Toyota Tundra are also worth consideration.

The first-generation Avalanche was sold from 2002 to 2006 model years. When it debuted, the Avalanche included a 5.3-liter V8 engine that produces 285 horsepower. An 8.1-liter V8 that makes 340 horsepower was available. A four-speed automatic transmission and rear-wheel drive were standard and four-wheel drive was available as an option.

In its final year before a full redesign, the 2006 Avalanche gained standard electronic stability control and a tire pressure monitoring system.

CARFAX offers millions of used cars for sale nationwide. Every listing includes the vehicle history. The data below is updated daily, based on used car inventory for sale on CARFAX for the last five model years of this car. Find Used Chevrolet Avalanche 1500 For Sale
Chevrolet Avalanche 1500 Deals on CARFAX
Percentage of Chevrolet Avalanche 1500 for sale on CARFAX that are Great, Good, and Fair Value deals. Values are determined by whether the selling price is above, below, or the same as the history-based CARFAX Value.
Great Value
(56)
Good Value
(95)
Fair Value
(54)
No Badge
(42)
VEHICLE HISTORY SUMMARY
The Vehicle History Summary represents the percentage of cars available for sale on CARFAX that are reported to have no accidents or damage, had 1-owner, been used as a personal or personal lease car, and/or have service history information. 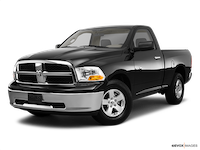