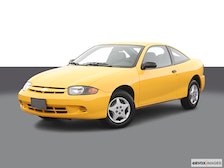 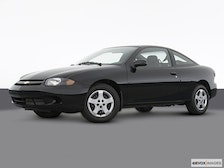 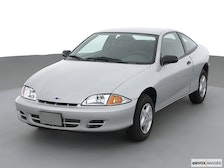 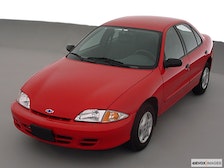 Last sold for 2005, the Chevrolet Cavalier was Chevy’s entry into the compact car segment for more than 20 years. The Chevy Cavalier was available in a variety of body styles and represented a strong value proposition when it was new.

The most recent generation of the Chevrolet Cavalier was fully redesigned for the 1995 model year. Convertible, coupe and sedan body styles were offered. A 2.2-liter four-cylinder engine was standard, which is paired with a five-speed manual transmission and front-wheel drive. A three-speed automatic transmission was available as an option. A four-speed automatic transmission became available for 1996, as well as features like daytime running lights and keyless entry.

A new 2.2-liter EcoTec engine became available on the 2002 model, and a Z24 Cavalier sedan also debuted the same year. For 2003 the Cavalier received updated exterior styling and the Z24 model was no longer offered. New features on the 2003 Cavalier included a leather-wrapped steering wheel, a split-folding rear seat, satellite radio, side air bags and the OnStar telematics system.

The Chevrolet Cavalier was discontinued after the 2005 model year and replaced by the Chevrolet Cobalt. The Cavalier can be cross-shopped with a number of compact cars, including the Honda Civic, Toyota Corolla and Volkswagen Jetta. The Chevrolet Cruze, Ford Focus and Mazda3 might also be considered if you are looking at newer models.

The Chevrolet Cavalier was introduced for 1982 and was available in convertible, coupe, hatchback, sedan and wagon body styles. These models typically featured a four-cylinder engine, though the V6-powered Cavalier Z24 was introduced for 1986. Alloy wheels and a more firmly tuned suspension also came with the Z24 model.

Base Cavalier models were sparsely equipped, with features like air conditioning available as an option. The Cavalier received updated exterior styling for the 1991 model year, and anti-lock brakes became standard equipment in 1992. For 1994, the base engine saw a slight increase in power.

CARFAX offers millions of used cars for sale nationwide. Every listing includes the vehicle history. The data below is updated daily, based on used car inventory for sale on CARFAX for the last five model years of this car. Find Used Chevrolet Cavalier For Sale
Chevrolet Cavalier Deals on CARFAX
Percentage of Chevrolet Cavalier for sale on CARFAX that are Great, Good, and Fair Value deals. Values are determined by whether the selling price is above, below, or the same as the history-based CARFAX Value.
Great Value
(1)
Good Value
(1)
Fair Value
(0)
No Badge
(13)
VEHICLE HISTORY SUMMARY
The Vehicle History Summary represents the percentage of cars available for sale on CARFAX that are reported to have no accidents or damage, had 1-owner, been used as a personal or personal lease car, and/or have service history information. 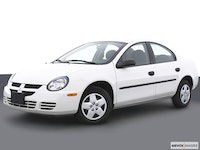 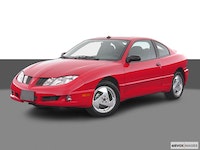