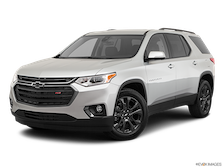 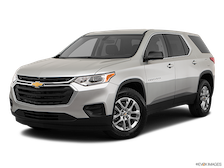 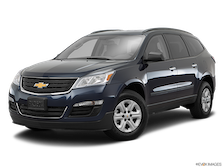 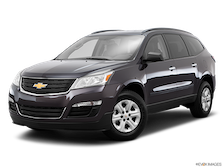 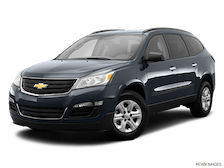 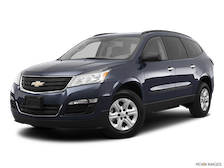 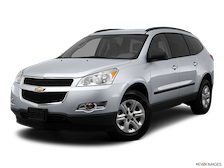 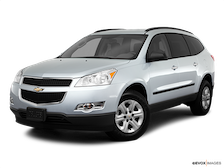 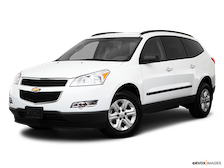 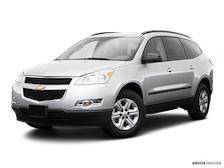 While General Motors popularized the full-size SUV with the likes of the Chevrolet Tahoe, it was slow to jump into the car-based crossover movement of the 2000s. That changed when the Chevrolet Traverse went on sale and quickly became one of the best-sellers among large three-row crossovers.

Introduced for 2009, the Chevrolet Traverse is related to the Buick Enclave, GMC Acadia and Saturn Outlook. It’s longer than those three, however, boasting passenger and cargo space that rivals some minivans and pretty much surpasses every other three-row crossover on the market. The only engine is a 3.6-liter V6 with 281 horsepower (288 with the dual-exhaust package). A six-speed automatic transmission and front-wheel drive are standard, while all-wheel drive is a popular option.

The Traverse saw few changes between 2010 and 2012, though heated seats became available on LT models with cloth upholstery for the 2011 model year. For 2013, the Chevrolet Traverse received a moderate facelift that addressed a few weak areas. A new grille and lights were the main exterior changes, while a new dashboard that incorporates a standard backup camera and Chevrolet’s MyLink infotainment system was the big news inside. Blind-spot monitoring and rear cross-traffic detection became standard on the Traverse LTZ and available lower trims.

More USB ports were added to the Traverse in 2014, along with forward collision alert and lane departure warning to the LTZ’s standard equipment list. Siri Eyes Free was incorporated into MyLink for 2015.

The Chevrolet Traverse can be cross-shopped with three-row SUVs like the Dodge Durango, Ford Explorer, Honda Pilot, Mazda CX-9 and Toyota Highlander.

CARFAX offers millions of used cars for sale nationwide. Every listing includes the vehicle history. The data below is updated daily, based on used car inventory for sale on CARFAX for the last five model years of this car. Find Used Chevrolet Traverse For Sale
Chevrolet Traverse Deals on CARFAX
Percentage of Chevrolet Traverse for sale on CARFAX that are Great, Good, and Fair Value deals. Values are determined by whether the selling price is above, below, or the same as the history-based CARFAX Value.
Great Value
(2157)
Good Value
(2169)
Fair Value
(1267)
No Badge
(1213)
VEHICLE HISTORY SUMMARY
The Vehicle History Summary represents the percentage of cars available for sale on CARFAX that are reported to have no accidents or damage, had 1-owner, been used as a personal or personal lease car, and/or have service history information.