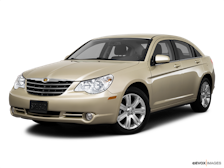 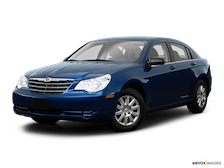 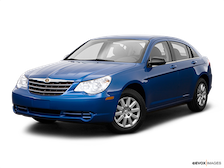 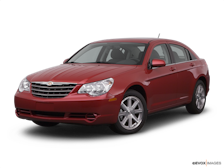 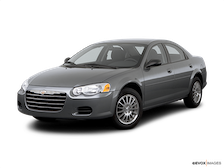 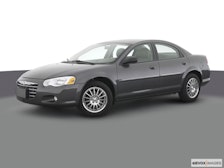 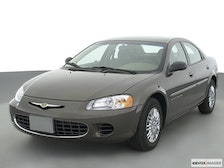 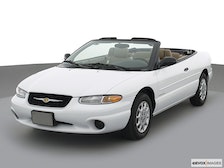 The Chrysler Sebring is a midsize car that was introduced for 1995 and built through 2010. Up to three body styles were available at various times, and buyers could choose among a coupe, convertible and sedan. This front-wheel-drive model was built for three generations, then replaced by the Chrysler 200.

Introduced for 1995, the Chrysler Sebring coupe replaced the LeBaron coupe. Based on the same platform as the Dodge Avenger, the Sebring offered two engine choices. A 2.0-liter four-cylinder engine and a five-speed manual transmission were standard, while a four-speed automatic transmission was optional. A 2.5-liter V6 was also available and paired exclusively with the automatic.

In 1996, the Sebring convertible rolled out, replacing the previous LeBaron convertible, while year-over-year changes from 1997 to 2000 included light updates and trim shuffling.

Beginning in 2001, the second-generation Sebring was introduced, and the lineup added a sedan to the mix. The sedan and convertible were based on the same platform, but the coupe was a rebadged variant of the Mitsubishi Eclipse.

The powertrain choices included a 2.4-liter four-cylinder engine and a 2.7-liter V6 for the sedan. Both engines were paired with a four-speed automatic transmission. The Sebring convertible received the V6 engine as standard equipment.

Beginning in 2002, the base Sebring convertible came with the 2.4-liter four-cylinder engine while the V6 was added to the options list.

From 2003 to 2005, the Chrysler Sebring line underwent modest updates and package changes. In 2006, the Sebring coupe was discontinued. A TSi version of the sedan was introduced, which was packaged with alloy wheels, ground effects, a rear spoiler and a sport-tuned exhaust.

For 2007, the third-generation Chrysler Sebring sedan debuted. Three engine choices – including the previously offered 2.4-liter four-cylinder engine and 2.7-liter V6 – were available. An all-new 3.5-liter V6 engine that produces 235 horsepower was the third engine choice, which came with a six-speed automatic transmission.

Beginning in 2008, an all-wheel-drive variant entered the Sebring sedan product mix, available with the 3.5-liter V6 engine only. Chrysler also released a Sebring convertible, which came with the choice of a soft top or a retractable hardtop.

Shoppers will find more technology in the third-generation Sebring, which adds available features such as an MP3 player, Bluetooth connectivity and a navigation system. With the exception of the base model, equipment upgrades for 2009 brought in four-wheel antilock brakes and standard stability control.

For 2010, Chrysler dropped the 2.7-liter V6 engine and scrapped the previously available all-wheel-drive upgrade. Stability control also became optional across the model line. For 2011, the Sebring was refreshed and renamed the Chrysler 200.

Most manufacturers have at least one midsize sedan to compare with the Chrysler Sebring. These include the Ford Fusion, Toyota Camry, Kia Optima, Mazda6, Chevrolet Malibu, Subaru Legacy, Nissan Altima, Honda Accord, Hyundai Sonata and Volkswagen Passat.

CARFAX offers millions of used cars for sale nationwide. Every listing includes the vehicle history. The data below is updated daily, based on used car inventory for sale on CARFAX for the last five model years of this car. Find Used Chrysler Sebring For Sale
Chrysler Sebring Deals on CARFAX
Percentage of Chrysler Sebring for sale on CARFAX that are Great, Good, and Fair Value deals. Values are determined by whether the selling price is above, below, or the same as the history-based CARFAX Value.
Great Value
(38)
Good Value
(30)
Fair Value
(24)
No Badge
(106)
VEHICLE HISTORY SUMMARY
The Vehicle History Summary represents the percentage of cars available for sale on CARFAX that are reported to have no accidents or damage, had 1-owner, been used as a personal or personal lease car, and/or have service history information. 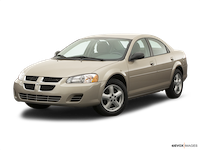