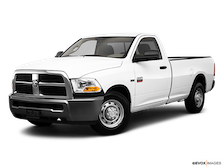 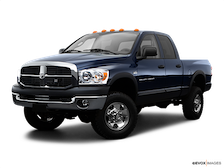 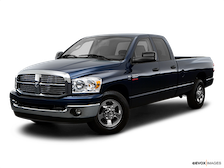 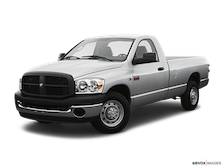 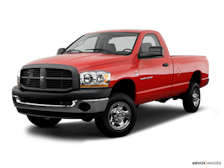 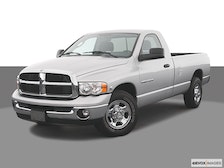 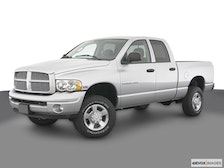 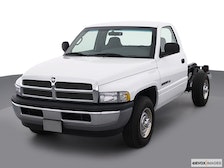 The Dodge Ram 2500 is a line of rear- and four-wheel drive three-quarter ton pickup trucks. Based on the Ram 1500 truck line, this heavy-duty model offers as many as three cabin choices. It was introduced in 1981, renamed in 1994 and produced through 2010 before shedding its Dodge brand name.

Although the Dodge Ram 2500 name debuted in 1994, the first-generation model was known as the Ram 250 and was produced from 1981 to 1994. Thus, the model debuting in 1994 is often referenced as the second-generation Dodge Ram.

Initially, the 2500 line offered a regular cab body style, with an extended cab added in 1995 and a crew cab introduced in 1998.

Engine choices include a 5.2-liter V8 that’s paired with a five-speed manual or a four-speed automatic transmission. An 8.0-liter V10 is also available. Beginning in 1995, a 5.9-liter V8 was added and a natural gas version of the smaller V8 was also offered. However, both versions of the smaller V8 were dropped for 1997. The second-generation Ram 2500 stayed in production through 2002, one year longer than the Ram 1500.

In 2003, the third-generation Ram 2500 and 3500 debuted and remained in production through 2009. Two cab styles — Regular and Quad cab — were initially offered with a Mega cab added in 2006. These models come with a 6-foot-4-inch or an 8-foot-2-inch bed, the latter available only on Regular and Mega cabs.

Throughout the 7-year model run, the third-generation Ram 2500 was powered by a 5.7-liter V8 engine that was initially paired with a five-speed manual or a four-speed automatic transmission.

Beginning in 2007, the transmission choices were upgraded with a six-speed manual or a five-speed automatic offered. Starting in 2009, the V8 no longer offered a manual transmission.

In 2010, the fourth-generation Dodge Ram 2500 was introduced. Besides a full style change, the Ram 2500 received an upgraded interior, a retuned suspension system, and a new crew cab body style that replaced the previous Quad Cab layout.

Regular cab models are equipped with an 8-foot-2-inch bed. Mega Cab models have a 6-foot-4-inch bed. Crew cab models may come with either bed size.

In 2011, the Dodge name was dropped and Ram was elevated to a distinct brand as it continues in that capacity to this day.

CARFAX offers millions of used cars for sale nationwide. Every listing includes the vehicle history. The data below is updated daily, based on used car inventory for sale on CARFAX for the last five model years of this car. Find Used Dodge Ram 2500 For Sale
Dodge Ram 2500 Deals on CARFAX
Percentage of Dodge Ram 2500 for sale on CARFAX that are Great, Good, and Fair Value deals. Values are determined by whether the selling price is above, below, or the same as the history-based CARFAX Value.
Great Value
(73)
Good Value
(129)
Fair Value
(94)
No Badge
(84)
VEHICLE HISTORY SUMMARY
The Vehicle History Summary represents the percentage of cars available for sale on CARFAX that are reported to have no accidents or damage, had 1-owner, been used as a personal or personal lease car, and/or have service history information. 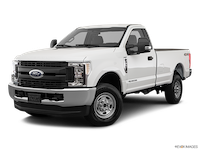