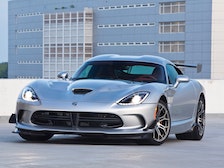 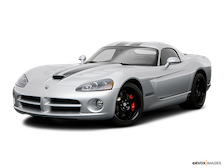 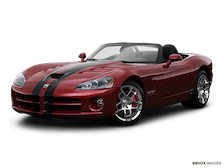 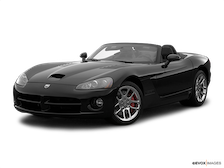 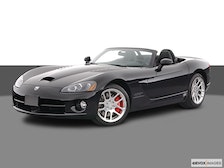 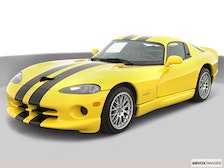 With its prodigiously powerful V10 and fun-loving handling, the Dodge Viper has performance skills that mark it as a muscle car on steroids. Rowdy and rambunctious, this two-door sports car is a solid bet if you’re looking for a coupe with flamboyant design and racetrack-ready driving dynamics. The Viper was introduced for the 1992 model year, and this Dodge concluded its third and final generation with the 2017 model.

The most recent generation of the Viper was introduced for the 2013 model year, and it saw the car returning to the market after a two-year hiatus. This Viper featured handling that was a bit more manageable than that of past models, but its performance remained as thrilling as ever.

The brand’s Street Racing Technology group (SRT) is responsible for crafting all high-performance vehicles in the Dodge lineup. This group was briefly marketed as a sub-brand of Dodge, and this resulted in a name change for the Viper: From 2013 to 2014, the car was marketed as the SRT Viper. The Viper took back the Dodge brand from 2015 on.

Dodge’s Viper is a two-door high-performance sports car that seats two passengers, and this model ended its production run during its third generation in 2017. Rear-wheel drive and a six-speed manual transmission are standard, and a potent V10 lives under the hood.

This Dodge comes with sheet metal that perfectly matches its larger-than-life driving dynamics. With its long hood and muscular wheel wells, the Viper looks like it would be perfectly at home on the racetrack. The car’s bold open-mouthed grille sits low to the ground, and deep cutouts in its side panels give the Viper an aggressively athletic look. A staggered wheel setup provides 18-inch wheels in front and 19-inch wheels in the rear, and base models brighten your path with automatic xenon headlights.

You won’t find too many frills in the Viper’s cabin, and the car’s racecar-like interior reflects its focus on performance. Standard power-adjustable pedals and a tilt-only steering column are on hand to help you optimize your driving position. The trunk is relatively spacious, offering 14.6 cubic feet of cargo capacity. On a less positive note, the car’s low roofline compromises outward visibility, and the cabin’s compact dimensions make it a tight fit for taller drivers.

This generation of the Viper comes with an 8.4-liter V10 that offers as much as 640 horsepower, and this gives the car explosive acceleration. This power is paired with raw driving dynamics, and it’s a combination that’s given the Viper a reputation for being the kind of sports car that requires an experienced driver. Shoppers should also know that the car’s stiff suspension settings can feel harsh in daily driving.

Base models come with standard features such as keyless entry and ignition, automatic climate control and Bluetooth phone and streaming audio. The options list includes leather upholstery and a carbon-fiber rear spoiler.

The Viper added a rearview camera and a 12-speaker Harman Kardon sound system as standard equipment in the 2015 model year. For 2016, a  track-focused ACR trim joined the lineup.

Sports cars like the Chevrolet Corvette and Jaguar F-Type deliver a much more comfortable driving experience than the Viper, and they’re more accessibly priced. However, if your sole mandate is pulse-pounding performance, the Dodge Viper is hard to beat.

The second generation of the Viper was produced from 2003 to 2010. It was initially offered solely as an open-top roadster, but a coupe was introduced midway into the model cycle. The Viper took a hiatus in 2007 and returned in 2008. This generation of the Dodge Viper offered up to 600 horsepower, but it lacked side-impact airbags and a stability control system.

Dodge introduced the Viper in 1992, and this first generation was produced until the car’s 2003 redesign. The earliest models came with side vinyl curtains instead of windows and a side-mounted exhaust system that was notorious for causing leg burns during ingress and egress. As the model cycle progressed, these features were eliminated and replaced with amenities that are more suitable for life off the track. The first-generation Viper offers up to 450 horsepower.

Dodge
Viper
near zip code
CARFAX Info for Dodge Viper
CARFAX offers millions of used cars for sale nationwide. Every listing includes the vehicle history. The information for Dodge Viper is not available. 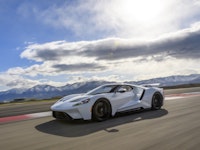 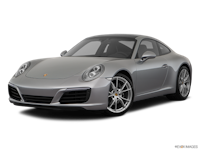