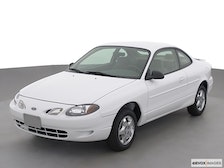 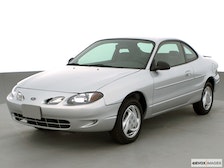 The Ford Escort is a small car with a long history. First introduced by Ford’s UK branch in 1955, the “Escort” name was used for a popular line of Europe-only vehicles up until 1980. That’s when the all-new third generation debuted internationally and also became the first generation U.S. Focus. The U.S. and international models went their own ways again in 1991. For U.S. drivers, the Escort remained in production through the 2003 model year. It was then replaced by the Ford Focus.

Common rivals for the Escort include the Chevrolet Cavalier, Honda Civic, Nissan Sentra and Toyota Corolla.

The Escort first went on sale in the U.S. for the 1981 model year. It was originally available as a three-door hatchback and a four-door station wagon. An old-school 1.6-liter four-cylinder engine, complete with a two-barrel carburetor, provides the first-gen Escort with 69 horsepower. A four-speed manual transmission and front-wheel drive are standard, and a three-speed automatic is optional.

The second-gen U.S. Ford Escort made its premiere in the 1991 model year with new, sleeker sheet metal. With this generation, available features include folding rear seats, split 60/40; cruise control; a power moonroof; a cassette player; and a rear window defroster. This year’s GT carries a more powerful 127-horsepower four-cylinder engine, too. A true four-door sedan joined the lineup for 1992. Ford continued tweaking the second-gen Escort through the 1996 model year. On this platform, the Escort’s corporate cousin is the Mercury Tracer.

Ford completely redesigned the Escort once more for 1997. The third-generation models have a distinct family resemblance to the same year’s Ford Taurus. Offered solely in sedan and wagon body styles, the 1997 Escort welcomes a new 2.0-liter four-cylinder engine with 110 horsepower. Standard features include power steering, dual front airbags and an AM/FM stereo. Buyers also can get the third-gen Escort with antilock brakes, remote keyless entry and a trunk-mounted six-disc CD changer. A coupe came back to the roster in 1998, although with its own unique look and 130-horsepower four-cylinder engine. Ford began winding up Escort sales in 1999, dropping the station wagon first. Just a single trim of the sedan was offered for retail sale for 2000, and the final years of its life were spent as a fleet-only vehicle.

Ford
Escort
near zip code
CARFAX Info for Ford Escort
CARFAX offers millions of used cars for sale nationwide. Every listing includes the vehicle history. The information for Ford Escort is not available. 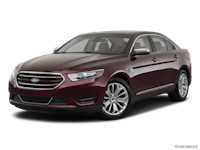 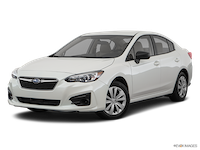