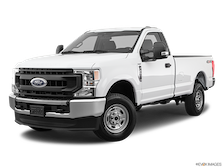 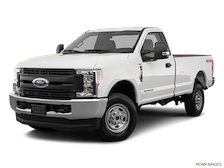 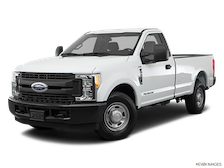 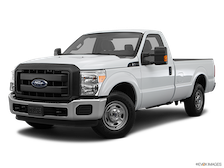 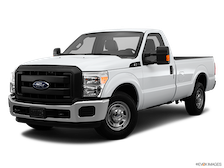 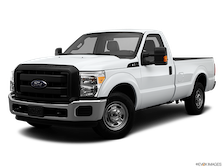 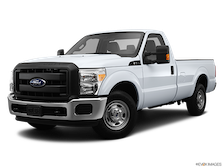 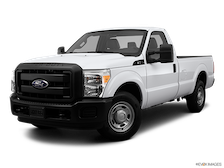 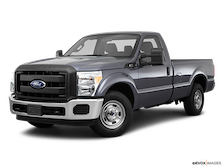 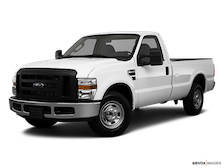 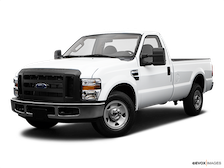 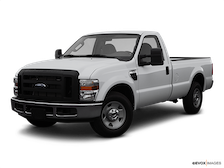 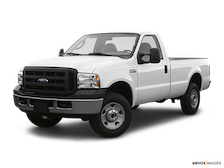 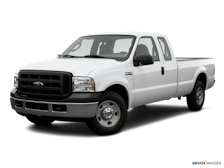 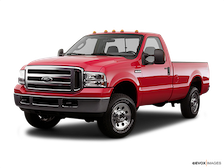 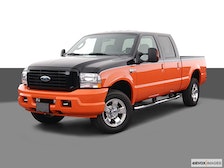 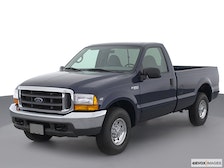 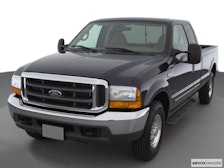 The second-generation Ford F-250 was introduced in 2008. Models built from 2008 to 2010 are distinctively different from trucks built from 2011 to 2016, with unique styling and for the most part different powertrain choices.

Every F-250 is marked by a massive front grille marked by two large horizontal strips and chrome surround. Oversized headlamp assemblies only serve to amplify this truck’s powerful presence.

All regular cab models feature a bench or bucket seats with room for two or three, respectively. Extended and crew cab model offers two rows of seating with bucket or bench seats up front and a bench seat in the rear.

Beginning in 2011, the standard gasoline engine was now a 6.2-liter V8 making 385 horsepower. Ford also introduced its first in-house built turbodiesel engine. Displacing 6.7 liters, this diesel V8 is rated at 400 horsepower. Both engines are paired with a six-speed automatic transmission.

For 2013, Ford upgraded the F-250’s brakes and added MyFord Touch infotainment. Starting in 2015, the diesel engine was tweaked, resulting in improved performance and fuel efficiency. For 2016, a rearview monitor prep kit was made available, as well as LED warning strobe lights.

Beginning in 1999, Ford separated its regular duty F-150 model from its Super Duty F-250 and above lines. Prior to 1999, the F-250 was a trim level and not a separately designed truck residing on its own platform.

The first-generation Ford F-250 was produced from 1999 to 2007 and is composed of regular, extended, and crew cab models. All models come with standard rear-wheel drive or available four-wheel drive.

Upon its release, the Ford F-250 offered 5.4-liter V8 and 6.8-liter V10 engine choices. Both engines are paired with a five-speed manual or a four-speed automatic transmission. Ford also offered a turbodiesel 7.3-liter V8.

In 2003, Ford started phasing in an all-new turbodiesel 6.0-liter V8. As a result, 2003 model year diesel-equipped trucks may have either engine, depending when it was built.

Both gasoline engines were modified beginning in 2005, going from two valves per cylinder to three valves per cylinder. The result was a significant power boost with the V8 now making 300 horsepower and the V10 making 362 horsepower. These engines are paired with a six-speed manual or a five-speed automatic transmission.

CARFAX offers millions of used cars for sale nationwide. Every listing includes the vehicle history. The data below is updated daily, based on used car inventory for sale on CARFAX for the last five model years of this car. Find Used Ford F-250 For Sale
Ford F-250 Deals on CARFAX
Percentage of Ford F-250 for sale on CARFAX that are Great, Good, and Fair Value deals. Values are determined by whether the selling price is above, below, or the same as the history-based CARFAX Value.
Great Value
(371)
Good Value
(499)
Fair Value
(1091)
No Badge
(937)
VEHICLE HISTORY SUMMARY
The Vehicle History Summary represents the percentage of cars available for sale on CARFAX that are reported to have no accidents or damage, had 1-owner, been used as a personal or personal lease car, and/or have service history information. 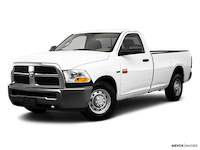 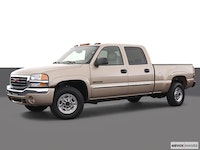 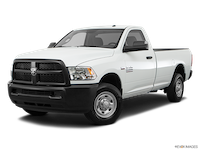