Sign InSign Up
HUMMER
Choose a Model
Choose a Year 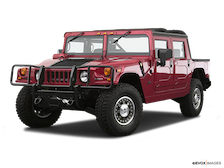 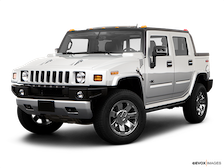 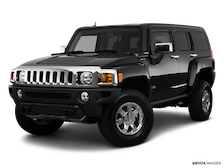 HUMMER H3 Reviews
2010 Starting MSRP:
$33,390
The Hummer H3 is a midsize SUV, and the smallest of three models from this military-derived brand. This five-passenger SUV made its debut in 2006 and was canceled after five… More
Find Used HUMMER H3 For Sale
(263 listings) 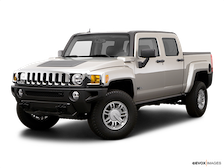 The Hummer brand had a short life, but the company that developed the original model, AM General, soldiers on. The Hummer name was in operation for nearly two decades before its second owner, General Motors, discontinued the brand.

Humvee was the forerunner of the civilian Hummer brand, a high mobility multipurpose wheeled vehicle (HMMWV) produced by AM General under contract to the Pentagon. That contract was signed in 1983 and in 1984 the first Humvees were delivered.

Humvees were used to transport troops and other personnel. These 4×4 models were prized for moving across tough terrain with ease. The Persian Gulf War showcased this SUV’s off-road prowess as it crisscrossed the desert sands. That fact stirred interest in a civilian version and in 1992 AM General launched Hummer and the original consumer model went on sale.

Like the military version, the Hummer H1 offered 16 inches of ground clearance and industry leading approach and departure angles. The Hummer H1 was available with a convertible-like soft top, a four-door hardtop and in wagon form. Weighing more than 10,000 pounds, earlier versions were powered by a 6.2-liter diesel V8 or a 5.7-liter V8 gasoline engine. Fuel mileage of less than 10 mpg was common. The H1 was last produced in 2006.

General Motors purchased Hummer from AM General, but continued to tap that company’s production lines for the H1 and then for the H2. The Hummer H2 made its debut for the 2003 model year, and was based on a modified GM 2500 series pickup truck frame. It tipped the scales at 8,600 pounds and had room for up to seven. The H2 was available in SUV and sport utility truck (SUT) body styles and was originally powered by a 6.0-liter V8 gasoline engine, then a 6.2-liter V8. Production ceased in 2009 when GM was restructuring its business following bankruptcy reorganization that year.

A third Hummer model was introduced in 2005, giving this brand three lines of vehicles for a short time. The Hummer H3 was underpinned by the same platform used by the midsize Chevrolet Colorado and GMC Canyon pickup trucks, and had a curb weight of just under 5,000 pounds. A five-cylinder engine is paired with a five-speed manual transmission or a four-speed automatic in H3 models. Also available was a 5.3-liter V8 engine. That engine is still used in various GM products including the Chevrolet Silverado and the GMC Yukon.

At the 2008 North American International Auto Show in Detroit, Hummer unveiled its HX concept, a smaller model designed to take on the Jeep Wrangler. That model was to set the tone for the Hummer line going forward, but as the company continued to bleed cash, GM began looking for a suitor. A 2009 agreement with a Chinese company to take over Hummer did not receive Chinese government approval, so the following year GM terminated the brand.

The Hummer brand is gone, but certainly not forgotten. Demand for discontinued models is still there or buyers may shop other brands such as Jeep. Hummer’s nearest competitors include any manufacturer of full-size traditional SUVs or large pickup trucks, including GMC, Chevrolet, Ford, Ram, Nissan and Toyota.