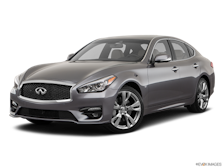 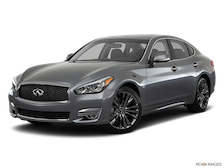 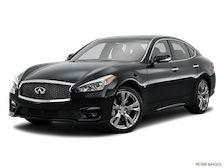 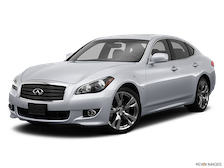 The Infiniti Q70 offers engaging handling that can brighten mundane commutes. It also provides the spaciousness and comfort shoppers expect from a midsize luxury sedan.

Infiniti introduced the Q70 with the 2014 model, and it’s essentially a renamed version of the brand’s M sports sedan, which was introduced for the 2011 model year. While many of its competitors have been redesigned, the Q70 is still in its first generation. This means that many competing luxury cars offer more up-to-date styling and better tech features.

This sedan provides seating for five passengers. Rear-wheel drive is standard, and all-wheel drive is available for improved traction in rain and snow. Hybrid and gas-only powerplants are offered, and Q70 buyers can choose between standard and extended-wheelbase models. With the extended wheelbase, the car is known as the Q70L.

The Q70’s exterior design has the muscular lines that have come to be associated with the Infiniti brand. This sedan is broad-shouldered and low-slung, with powerful haunches and a rounded roofline. The overall effect is quite attractive. Still, the Q70’s sheet metal is less premium-looking than that of some rivals.

There’s lots of room for passengers within this car’s cabin. The front seats are comfortable, and the rear seats are sized to fit passengers with long legs. The dash has a sporty wraparound design that encircles front passengers. Notably, some aspects of the cabin look outmoded, especially when compared to the designs seen in rival models.

One of the most impressive things about the Q70 is its athletic performance. Potent V6 and V8 engines are offered, and the car’s handling is crisp and rewarding. Gears are shifted by a seven-speed automatic transmission. Fuel economy is disappointing with the gas-only powertrain, but the hybrid achieves great mileage.

Base models come handsomely equipped. Exterior features such as automatic headlights, foglights and a sunroof are all standard. Within the cabin, all Q70 sedans come with Bluetooth connectivity, satellite radio and heated front seats. On the options list, you’ll find amenities such as a Bose stereo, a lane-departure warning system, a blind-spot warning system and adaptive cruise control.

When the Q70 was introduced, only the standard-wheelbase model was available. The extended-wheelbase variant joined the roster in 2015, and the sedan also got a minor styling refresh that year. The next big change came in 2019, when the hybrid variant was dropped from the lineup.

The Q70 competes with some of the most desirable luxury cars on the market. This list includes models such as the BMW 5 Series, Mercedes-Benz E-Class, Lexus GS, Volvo S90 and Audi A6. Though the Q70 impresses with its roominess and handling, we’d recommend that you carefully consider its rivals before making a buying decision.

CARFAX offers millions of used cars for sale nationwide. Every listing includes the vehicle history. The data below is updated daily, based on used car inventory for sale on CARFAX for the last five model years of this car. Find Used INFINITI Q70 For Sale
INFINITI Q70 Deals on CARFAX
Percentage of INFINITI Q70 for sale on CARFAX that are Great, Good, and Fair Value deals. Values are determined by whether the selling price is above, below, or the same as the history-based CARFAX Value.
Great Value
(60)
Good Value
(66)
Fair Value
(71)
No Badge
(84)
VEHICLE HISTORY SUMMARY
The Vehicle History Summary represents the percentage of cars available for sale on CARFAX that are reported to have no accidents or damage, had 1-owner, been used as a personal or personal lease car, and/or have service history information. 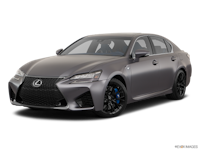