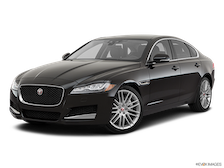 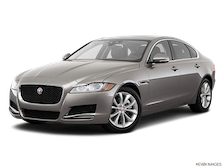 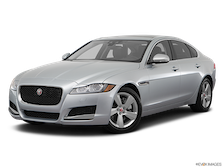 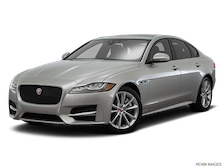 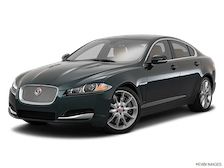 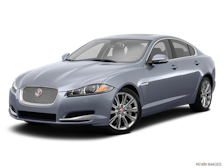 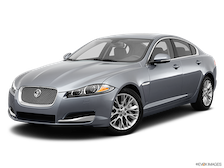 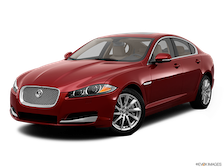 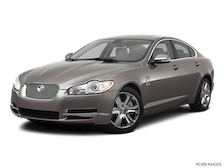 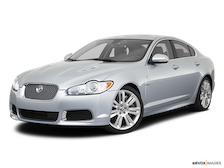 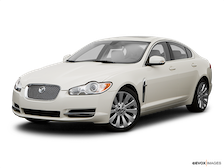 In many ways, the arrival of the Jaguar XF marked a fresh beginning for this British automaker. The XF is a midsize luxury sports sedan that was first introduced for the 2009 model year. When it was debuted, the XF carried small cues harkening to the prestigious history of Jaguar. However, its new styling was also a departure from many of the brand’s signature hallmarks. Extensive chrome trim and round headlights were left behind in favor of a sleek, contemporary flavor that eventually spread throughout the entire Jaguar lineup. Now in its second generation, the Jaguar XF continues to offer dynamic handling and performance, as well as an attractive design, refined luxury and advanced technology.

The second-generation Jaguar XF was introduced for the 2016 model year. While in total the new XF is not a dramatic deviation to the first-generation’s design, every body panel was redesigned.

All models are powered by a supercharged 3.0-liter V6 engine, which is tuned to various levels of performance, and an eight-speed ZF automatic transmission. The Jaguar XF is available with standard rear-wheel drive or available all-wheel-drive.

The XF is built on Jaguar’s lightweight aluminum architecture for improved ride quality, handing and overall driving dynamics. While aesthetically pleasing, every aspect of the XF design was created for weight balance and optimal precision while driving, making it an excellent example of form meeting function.

The supercharged engines provide excellent power while striving for efficiency and favorable fuel economy. The steering is precise and provides perceptible feedback. An available adaptive suspension system analyzes road conditions and driver input up to 500 times per second, using the information to optimize suspension settings.

Jaguar’s infotainment system can link with your smartphone, allowing the owner to monitor the vehicle and control compatible applications directly from the XF’s touch screen. The base Meridian audio system features 11 speakers, USB and Bluetooth connectivity and much more.

The spacious cabin is complemented by 19.1 cubic feet of trunk volume, making the XF an excellent choice for cross-country family adventures.

The first-generation Jaguar XF replaced the out-going Jaguar S-Type with a more youthful appearance and sportier driving dynamics. Built for 2009 to 2015 model years, the original XF went through significant changes under the hood for 2013 and a minor styling refresh for the 2012 model year.

The original XF sedan was powered by a base 4.2-liter V8 engine, with or without a supercharger. All models included a six-speed automatic transmission. A 5.0-liter V8 became available in 2010, with two levels of supercharging available. XFR models feature the supercharged V8 and boast an amazing 510 horsepower.

In 2013, Jaguar added a turbocharged 2.0-liter four-cylinder engine and a supercharged 3.0-liter V6 to the previously all V8-powered lineup. The 2013 model year would also introduce an eight-speed automatic transmission. For 2014, a 550-horsepower XFR-S trim was added to the lineup.

The first-generation Jaguar XF boasts a luxurious leather- and technology-filled cabin. Providing plenty of room for five passengers, the XF is an excellent touring car that is equally at home cruising long stretches of the highway as it is in stop and go city traffic.

CARFAX offers millions of used cars for sale nationwide. Every listing includes the vehicle history. The data below is updated daily, based on used car inventory for sale on CARFAX for the last five model years of this car. Find Used Jaguar XF For Sale
Jaguar XF Deals on CARFAX
Percentage of Jaguar XF for sale on CARFAX that are Great, Good, and Fair Value deals. Values are determined by whether the selling price is above, below, or the same as the history-based CARFAX Value.
Great Value
(76)
Good Value
(72)
Fair Value
(84)
No Badge
(74)
VEHICLE HISTORY SUMMARY
The Vehicle History Summary represents the percentage of cars available for sale on CARFAX that are reported to have no accidents or damage, had 1-owner, been used as a personal or personal lease car, and/or have service history information. 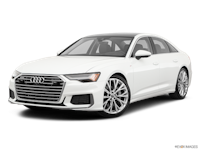 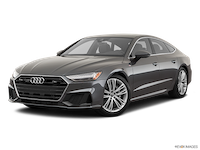 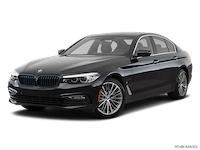