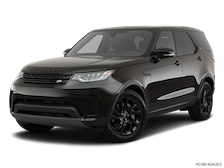 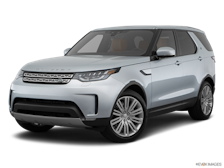 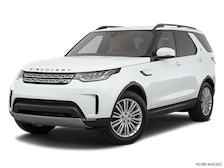 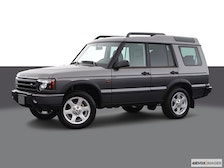 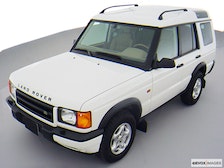 The Land Rover marque is known for crafting SUVs that meld luxury with a talent for conquering off-road trails, and the Land Rover Discovery brings these gifts and more to the table. The Discovery is rugged enough to take on rocky mountain paths, but it’s also domesticated enough for family duty. Introduced in 1994, Discovery is currently in its third generation, returning to the market after a lengthy hiatus.

The current generation of the Land Rover Discovery was launched in 2017. Visually, it’s a departure from previous models. The angular lines of its predecessors are gone, replaced by a look that is more fluid and graceful. One thing that hasn’t changed is the Discovery’s knack for tackling rough terrain. This Land Rover is still a champ when it comes to busting trails and ploughing through muddy ravines.

The Land Rover Discovery is a full-size three-row SUV that seats up to seven passengers. All models are governed by an eight-speed automatic transmission, and four-wheel drive is standard.

While the current Discovery retains the upright stance of previous models, the overall look is more sculpted and smooth. In front, a narrow grille is flanked by slim headlights, while heated exterior mirrors and body-colored door handles are visible from the sides.

The Discovery’s cabin is an oasis of opulence and comfort. The overall design is modern and upscale, and materials quality is premium throughout. The leather seats offer good legroom in the first two rows, and the second row reclines to help passengers optimize their seating position.

Engines are offered that give the Discovery the grunt it needs to scale steep paths. A supercharged V6 makes 340 horsepower, and there’s also a turbodiesel V6 that’s good for 254 horsepower.

Base models come with features such as a touch-screen display, Bluetooth connectivity, a power sunroof and a rearview camera.

The Land Rover Discovery’s first generation was introduced in 1994. Early models were powered by a 3.9-liter V8 good for 182 horsepower. The engine was later replaced with a 4.0-liter V8. Base models came with features such as keyless entry, cruise control and full power accessories.

The final year of production for the second-generation Land Rover Discovery was 2004. The nameplate went on hiatus, replaced by the Land Rover LR3. For 2017, the Discovery nameplate was revived.

CARFAX offers millions of used cars for sale nationwide. Every listing includes the vehicle history. The data below is updated daily, based on used car inventory for sale on CARFAX for the last five model years of this car. Find Used Land Rover Discovery For Sale
Land Rover Discovery Deals on CARFAX
Percentage of Land Rover Discovery for sale on CARFAX that are Great, Good, and Fair Value deals. Values are determined by whether the selling price is above, below, or the same as the history-based CARFAX Value.
Great Value
(49)
Good Value
(46)
Fair Value
(108)
No Badge
(137)
VEHICLE HISTORY SUMMARY
The Vehicle History Summary represents the percentage of cars available for sale on CARFAX that are reported to have no accidents or damage, had 1-owner, been used as a personal or personal lease car, and/or have service history information. 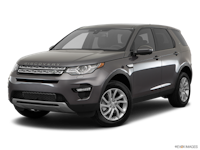 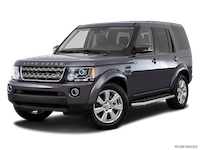