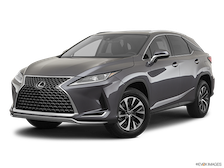 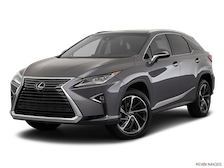 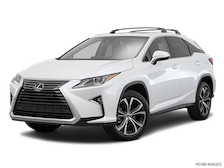 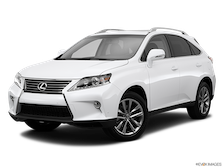 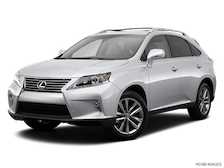 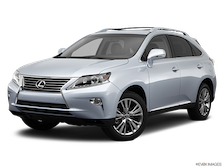 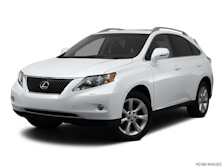 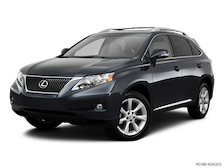 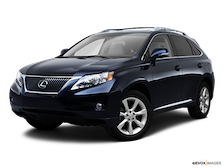 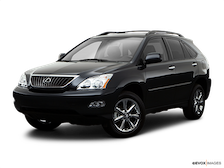 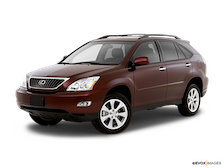 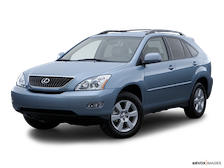 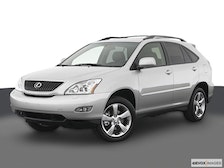 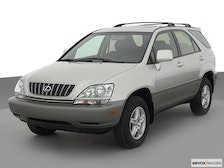 Introduced in 1999, the Lexus RX opened the door to a new, luxury crossover SUV segment. This five-passenger midsize SUV is the brand’s best-selling vehicle and is now in its fourth generation.

The fourth-generation Lexus RX was introduced in 2016. Known as the RX 350, this model offers standard front-wheel drive, with all-wheel drive available as an option. Standard and F Sport trims are available, with the latter appearing on the all-wheel drive model only. A hybrid Lexus RX 450h model is sold separately.

The RX 350 is powered by a 3.5-liter V6 engine making 295 horsepower and 267 pound-feet of torque, which is paired with an 8-speed automatic transmission. This model is EPA-rated at 20/28 mpg city/highway.

The fourth-generation design makes a clean departure from the previous model and assumes the distinctive body language found in such models as the Lexus NX crossover and the Lexus ES sedan. Its front fascia is dominated by an hourglass grille and is offset by sleek, wraparound headlamps with arrow-patterned LED running lights. The lower part of the grille is hemmed in by pronounced embrasures housing the fog lights.

Deep sculpting runs across the hood to the windshield. It is also evident along the profile just above the rocker panels. A floating roof design gives this model a sporty appearance with additional character lines flowing along the sides and around the wheel wells. To the rear, the Lexus RX is marked by an hourglass design that travels from the liftgate down to the rear bumper. Oversized, wraparound combination lamps with LED lights and embedded exhaust finishers are also present.

Inside, the Lexus RX offers room for five. The latest edition is slightly larger than the previous model, offering more interior room than ever before. The dashboard flows from side to side, offering a similarly crafted look to the exterior with its multiple layers, folds and trim idiosyncrasies. The instrument panel is dominated by a dual analog display and a digital driver information center. F Sport models feature an electronic display with the tachometer centered on the screen and hemmed in by additional driver information.

The center stack has a color display on top of the dashboard with an analog clock, audio and climate control following. The transmission shifter, infotainment controller and drive mode selector are also present. Generously supportive and bolstered bucket seats are up front and a 40-20-40 reclining and split-folding seat is in the rear. Two USB ports, an auxiliary input jack and a 12-volt outlet are found in the center console storage unit. Three additional 12 volt outlets are located throughout the cabin.

The RX 350 comes with a 9-speaker audio system with Bluetooth connectivity. A navigation package, rearview camera and a 15-speaker Mark Levinson audio system are available. F Sport models (and the available premium and luxury packages) bring in additional trim and convenience features.

The Lexus RX 330, the second-generation model, was introduced in 2004 and was produced through 2009. However, in 2007 the model was renamed the Lexus RX 350 to reflect a new and larger engine.

The third-generation Lexus RX 350 was introduced in 2010 and stayed in production through 2015. Each of the model names is identified by the size of its V6 engine. For example, the RX 300 is powered by a 3.0-liter V6.

When it was introduced, the RX 350 was powered by a 3.5-liter V6 engine making 270 horsepower and paired with a five-speed automatic transmission. That model was EPA-rated at 20/25 mpg city/highway.

In 2006, Lexus introduced the RX 400h, which was the first hybrid version of the Lexus RX. It utilizes the same 3.3-liter V6 engine found in the second-generation model and pairs it with a continuously variable transmission (CVT). This hybrid system includes a battery pack and electric motors or generators. In 2010, Lexus released the RX 450h, a next-generation hybrid model with a 3.5-liter V6 engine. Combined horsepower increased from 286 to 295, while fuel economy reached 32/28 mpg city/highway (up from 28/25 mpg when the RX 400h was introduced).

Beginning in 2010, Lexus upgraded the RX 350’s transmission to a six-speed automatic and engine output improved to 275 horsepower. In 2012, the RX received a facelift that featured a new grille. It also gained the Lexus Enform telematics system, which includes the Safety Connect emergency system.

In 2013, Lexus released an all-wheel drive F Sport variant that adds enhanced performance and an eight-speed automatic. In 2015, Lexus introduced the Crafted Line, a one-year only trim celebrating the brand’s 25th anniversary. The Crafted Line features the powertrain of the F Sport and adds unique paint and interior embellishments.

CARFAX offers millions of used cars for sale nationwide. Every listing includes the vehicle history. The data below is updated daily, based on used car inventory for sale on CARFAX for the last five model years of this car. Find Used Lexus RX For Sale
Lexus RX Deals on CARFAX
Percentage of Lexus RX for sale on CARFAX that are Great, Good, and Fair Value deals. Values are determined by whether the selling price is above, below, or the same as the history-based CARFAX Value.
Great Value
(716)
Good Value
(808)
Fair Value
(951)
No Badge
(790)
VEHICLE HISTORY SUMMARY
The Vehicle History Summary represents the percentage of cars available for sale on CARFAX that are reported to have no accidents or damage, had 1-owner, been used as a personal or personal lease car, and/or have service history information. 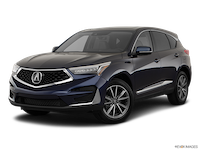 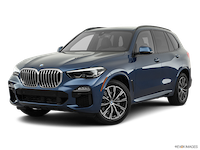 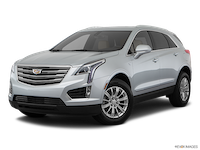 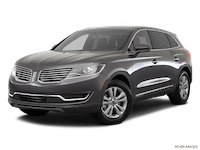