Sign InSign Up
McLaren
Choose a Model
Choose a Year 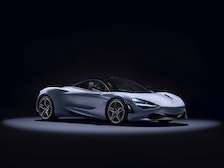 The British company now known as McLaren Automotive traces its roots to a New Zealander, Bruce McLaren, who developed his own Formula One race car in 1966. McLaren Racing got its start in 1963 and soon established itself as one of the most successful teams in Formula One history.

Tragically, Bruce McLaren died in 1970 while testing the McLaren M8D on the Goodwood Circuit in the United Kingdom. Despite McLaren’s death, the racing business bearing his name continued. Unfortunately, McLaren’s plans to produce 250 copies of a street-legal sports car based on his M6GT prototype died with him.

Over the following two decades the McLaren Formula One team continued to win awards, trailing only Ferrari in the number of titles won. In 1981, the company collaborated with Ford’s SVO Group to build the Ford Mustang McLaren M81. Ford supplied the vehicles and McLaren contributed turbocharging and other upgrades. Just 10 copies were made. Used only for racing, customers were never given the opportunity to buy one.

Following extensive delays, McLaren launched its first road car, the F1, in 1992. Under the hood is a BMW 6.1-liter V12 engine paired with a short-throw six-speed manual transmission. Making 550 horsepower, the F1 has a 0-60 mph time of under four seconds. Approximately 100 copies of the McLaren F1 were built. This lightweight sports car features dihedral (butterfly) doors that move up and out on hinges connected to the vehicle’s front roof pillars.

McLaren’s second attempt at a supercar was another collaborative effort. This time, the cars were available to consumers. The company turned to DaimlerChrysler to build what was called the Mercedes-Benz SLR McLaren. Manufactured from 2003 to 2010, the SLR McLaren has a supercharged engine. About 2,000 coupe and roadster examples were built.

For 2011, McLaren launched the 12C. With a carbon fiber body and the familiar dihedral doors, McLaren’s mid-engine, rear-wheel-drive two-passenger coupe sold for about $250,000 new.

In 2013, McLaren rolled out the P1. Limited to 375 copies, this model was McLaren’s first plug-in electric hybrid. Utilizing the same engine in the 12C along with an electric motor, this model has a combined 903 horsepower. It has a 0-60 mph time of 2.8 seconds. The average retail cost of this model was about $1.6 million.

McLaren’s most recent model is the Senna, which was introduced in 2018. This supercar matches the performance numbers of the P1 and comes with bespoke tires, a state-of-the-art braking system and an enormous rear wing. Like other McLaren products, this one was limited to 500 copies.