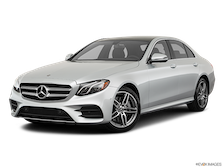 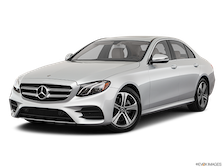 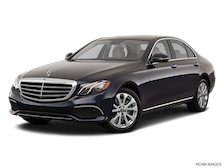 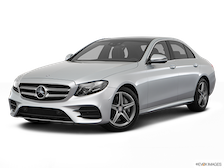 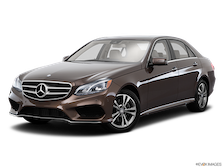 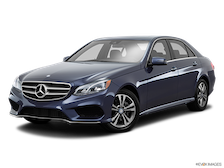 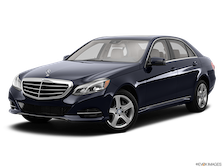 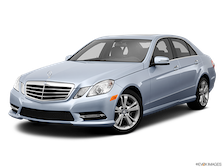 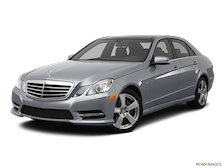 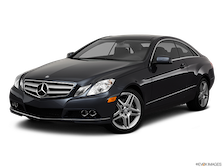 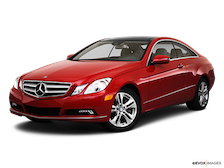 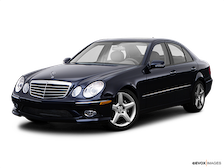 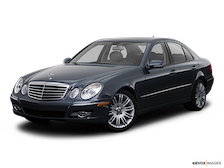 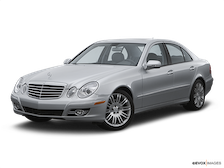 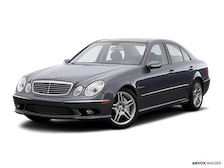 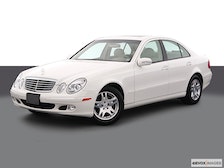 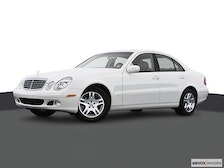 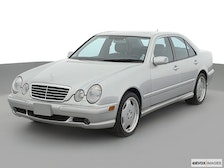 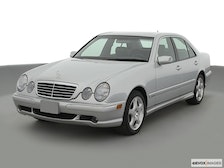 While the E-Class name emerged in 1994, the Mercedes-Benz E-Class represents a range of executive cars that dates back to the early 1950s. Today, the E-Class serves as Mercedes’ midsize luxury line. Mercedes has offered the E-Class in sedan, coupe, wagon and convertible body styles.

The E-Class sedan is a five-passenger model with standard rear-wheel drive and available 4Matic all-wheel drive. The sedan was initially introduced along with the E-Class coupe, with convertible and wagon body styles joining the model lineup for the 2011 model year.

The cabin is dressed in standard leatherette or available leather upholstery, while wood and aluminum trim are available. All E-Class models include plush bucket seats up front and a split-folding rear seat.

The E-Class sedan offers standard interior features that include dual-zone automatic climate control, power-adjustable front seats, Bluetooth and a sunroof. Mercedes’ COMAND system is also standard, which serves as a control point for all phone, audio, navigation and infotainment functions.

At launch, the fourth-generation E-Class was available in E350, E550 and E63 AMG trims. E350 models carry a 3.5-liter V6 with 268 horsepower, while E550 models offer a 382-horsepower, 5.5-liter V8. A seven-speed automatic transmission with shift paddles is standard. E350 and E550 models received significant updates for the 2012 model year, when new engines increased output to 302 horsepower and 402 horsepower, respectively.

For 2011, the E350 Bluetec was introduced, bringing in a turbodiesel 3.0-liter V6 engine that offers 210 horsepower and an impressive 400 pound-feet of torque.

In 2014, the E-Class sedan was updated to bring in its current exterior lighting as well as a more aggressive front fascia. Inside, the center console was rearranged. The E350 Bluetec was also replaced by the E250 Bluetec, which features a turbodiesel 2.1-liter four-cylinder engine making 195 horsepower and 369 pound-feet of torque.

The Audi A6 and BMW 5 Series are among the E-Class’ chief competitors. The Cadillac CTS, Infiniti Q70, Lexus GS and Jaguar XF might also be considered.

Since its arrival in 1994, the Mercedes-Benz E-Class has undergone multiple generations and product updates.

The first-generation model was actually the midcycle update for the previously named 300 Series. The new “class” naming convention was applied to 1994 and 1995 models. In 1996 the second-generation E-Class was released and produced through 2002.

The third-generation Mercedes-Benz E-Class was produced for the 2003 to 2009 model years. It was initially offered in E320, E500 and E55 AMG trims, as well as sedan and wagon body styles. The E320 comes with a 3.2-liter V6 engine, while the E500 features a 5.0-liter V8. A five-speed automatic transmission was standard across the model line.

For 2007, the diesel E-Class was renamed the E320 Bluetec and a smaller turbodiesel 3.0-liter V6 took over. That engine also gained the aforementioned seven-speed automatic transmission. Mercedes-Benz also phased out the E500 and introduced the E550, which comes with a 5.5-liter V8.

CARFAX offers millions of used cars for sale nationwide. Every listing includes the vehicle history. The data below is updated daily, based on used car inventory for sale on CARFAX for the last five model years of this car. Find Used Mercedes-Benz E-Class For Sale
Mercedes-Benz E-Class Deals on CARFAX
Percentage of Mercedes-Benz E-Class for sale on CARFAX that are Great, Good, and Fair Value deals. Values are determined by whether the selling price is above, below, or the same as the history-based CARFAX Value.
Great Value
(502)
Good Value
(575)
Fair Value
(829)
No Badge
(873)
VEHICLE HISTORY SUMMARY
The Vehicle History Summary represents the percentage of cars available for sale on CARFAX that are reported to have no accidents or damage, had 1-owner, been used as a personal or personal lease car, and/or have service history information. 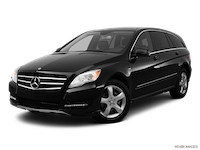