Sign InSign Up
Mercury
Choose a Model
Choose a Year 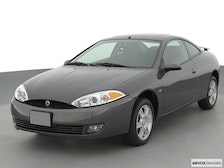 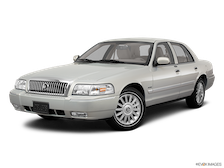 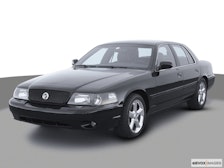 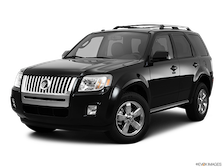 Mercury Mariner Reviews
2011 Starting MSRP:
$23,565
The Mercury Mariner is one of three small models sharing a common architecture. Introduced for 2005, the Mariner was built through 2011 before it and the Mercury brand were canceled.… More
Find Used Mercury Mariner For Sale
(206 listings) 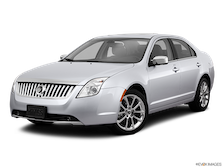 Mercury Milan Reviews
2011 Starting MSRP:
$22,025
The Mercury Milan is a midsize sedan with available all-wheel drive. Released for 2006, this model was produced through 2011 and then canceled as the Ford Motor Company discontinued the… More
Find Used Mercury Milan For Sale
(161 listings) 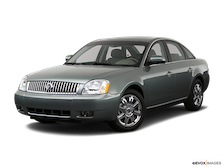 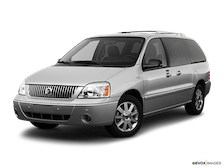 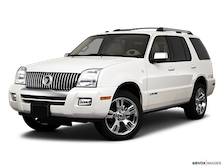 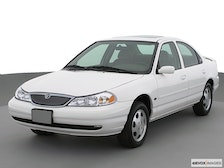 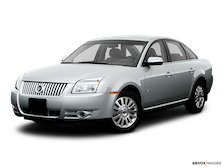 Mercury Sable Reviews
2009 Starting MSRP:
$24,425
The Mercury Sable was originally a midsize front-wheel-drive sedan and wagon when it was introduced for 1986. After five generations that included a cancellation and a relaunch, the Sable was… More
Find Used Mercury Sable For Sale
(108 listings) 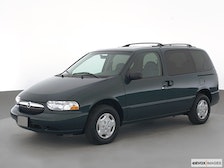 The Ford Motor Company launched its Mercury nameplate in 1938, placing it between its mainstream Ford and luxury Lincoln brands. The brand name was created to compete against General Motor’s Buick and Oldsmobile divisions as well as Chrysler’s DeSoto marque. Ford dissolved Mercury in 2011.

The Ford Motor Company launched its Mercury nameplate in 1938, placing it between its mainstream Ford and luxury Lincoln brands. The brand name was created to compete against General Motor’s Buick and Oldsmobile divisions as well as Chrysler’s DeSoto marque. Ford dissolved Mercury in 2011.

Edsel Ford, son of Henry Ford, conceived Mercury in a bid to provide affordable, entry-level luxury cars to consumers. Initially started as a separate brand, Mercury later composed the second half of the Lincoln-Mercury division until the brand was shuttered in 2011.

The first model for the new brand was the 1939 Mercury Eight, built in coupe, convertible and sedan body styles. It was powered by a flathead V8 engine and shared no parts with Ford or Lincoln products. The Eight was the lone Mercury product offered throughout its model run, which ended in 1951.

During the 1950s, Mercury expanded its product line to include such models as the Mercury Monterey and Custom. These vehicles shared their bodies with a Lincoln product, but were powered by a high output Ford motor. Subsequent Montclair, Turnpike Cruiser and Park Lane models were followed by the Super Marauder V8.

Throughout the 1960s, Mercury transitioned to a more performance brand with vehicles such as the Comet, Meteor and Monterey outfitted with high-performance engines and bucket seats. Mercury was also given a reconfigured and luxurious version of the Ford Mustang in its Cougar model. By the end of the decade the full-size Marquis arrived, a model later renamed the Mercury Grand Marquis and continuing in production until Mercury was discontinued.

From the 1970s to the nameplate’s cancellation four decades later, the Ford Motor Company operated Mercury essentially as an upscale clone of the Ford brand. A few exceptions were apparent, including the Mercury Capri, a sport coupe supplied by Ford of Germany. After its cancellation in 1977, the model name was used for a variant on the Mustang and then as a small front-wheel drive sport coupe built in Australia and marketed stateside in the early 1990s. All other Mercury models of that era were rebadged American-built Ford products.

With the exception of the Mercury Tracer, which is based on the overseas Ford Laser, every Mercury model built in the 1980s had a Ford twin. In 1985, a Merkur sub-brand was introduced, bringing a pair of German-built models to the U.S. market. Merkur lasted all of four years.

From the 1990s to the time the brand was shut down, Mercury gained new products, including a Villager minivan, a compact Mystique sedan and the Mercury Mountaineer, a variant of the Ford Explorer SUV. The midsize Mercury Milan sedan and Mercury Mariner compact SUV stoked sales, but by 2010 the Ford Motor Company had decided to close the brand and turn its attention to reviving Lincoln.

Mercury products are often compared with models that were sold by Buick, Oldsmobile, and Chrysler. With its Ford-based product line, Mercury vehicles can be compared with other mainstream makes, such as Dodge, Honda, Volkswagen, Chevrolet, Toyota, Mazda and Nissan.