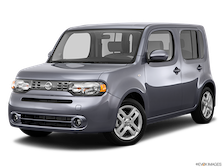 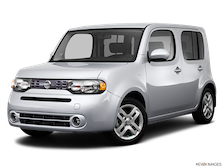 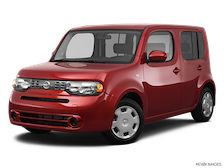 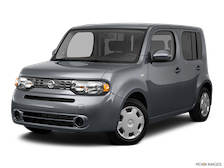 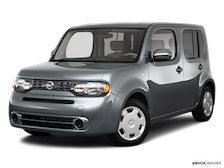 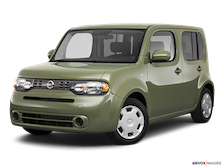 Looking for a small car with a big personality? With its blocky, playful exterior design, the Nissan Cube has a look that’s uniquely its own. Thanks to its petite footprint, the Cube is a maneuverable companion on congested urban streets. And its comfortable ride quality makes it an agreeable companion on daily commutes.

Nissan launched the Cube in the 2009 model year. With its affordable price point and expansive range of standard features, this car was built to deliver lots of value. The Cube’s life was relatively brief, and it was discontinued after the 2014 model year.

The Cube seats five passengers, and it’s available with either a continuously variable transmission (CVT) or a six-speed manual. With all models, power is sent to the front wheels.

This Nissan’s sheet metal is perhaps its most striking aspect. With its cheerful front fascia and squared-off lines, the Cube looks a bit like a child’s toy. This Nissan hatchback is notable for its tall windows, and these help to provide good outward visibility.

The Cube’s cabin has the same youthful charm as its exterior. In front, oval air vents flank an uncluttered center stack. The cabin’s buttons and knobs are large, and their size makes them easy to use. Keep in mind, though, that the quality of the materials used within the interior is unambitious. And the Cube offers less cargo space with all seats in place than many rival hatchbacks.

While its handling is less sporty than that of some competing models, the Cube impresses with its smooth ride quality. Its suspension is tuned to keep rough road surfaces from creating jarring conditions within the cabin, and this makes it an amenable choice for daily driving. Also, it’s a good pick if you’re in the market for a city car, since it’s small enough to easily navigate narrow streets. A 1.8-liter engine lives under the hood, and it generates 122 horsepower.

The list of standard and optional features provided by this small hatchback is impressive. All models come with air conditioning, a 60/40-split folding rear seat and power windows and door locks. Options include satellite radio and a rearview camera.

Nissan has given the Cube a few upgrades over the years. In 2010, Bluetooth connectivity and a leather-wrapped steering wheel joined the list of standard equipment, and the four-speaker base stereo was replaced with a six-speaker model. For the 2011 model year, an integrated navigation system with real-time traffic became standard on the two top trim levels.

In 2012, keyless entry and ignition became standard on the top trim. The Cube continued with no significant changes until 2014, its final year of production.

The Nissan Cube is usually cross-shopped against compact cars such as the Kia Soul, Volkswagen Golf and Ford Focus. Its whimsical style sets it apart from its rivals.

CARFAX offers millions of used cars for sale nationwide. Every listing includes the vehicle history. The data below is updated daily, based on used car inventory for sale on CARFAX for the last five model years of this car. Find Used Nissan Cube For Sale
Nissan Cube Deals on CARFAX
Percentage of Nissan Cube for sale on CARFAX that are Great, Good, and Fair Value deals. Values are determined by whether the selling price is above, below, or the same as the history-based CARFAX Value.
Great Value
(8)
Good Value
(15)
Fair Value
(15)
No Badge
(36)
VEHICLE HISTORY SUMMARY
The Vehicle History Summary represents the percentage of cars available for sale on CARFAX that are reported to have no accidents or damage, had 1-owner, been used as a personal or personal lease car, and/or have service history information.