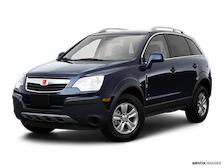 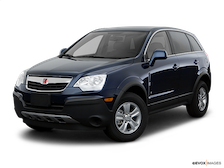 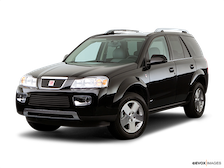 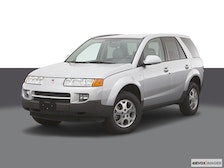 Introduced for 2002, the Saturn Vue saw General Motors casting its line into the compact SUV market. This five-passenger model with available all-wheel drive had a two-generation run before it was abruptly canceled in 2009 following GM’s bankruptcy and the Saturn brand’s demise.

The first-generation Saturn Vue was built from 2002 to 2007. The second-generation Vue was offered for 2008 and 2009. Following Saturn’s cancellation, the Vue was rebadged and sold as the Chevrolet Captiva Sport beginning in 2012.

Upon its introduction, the Saturn Vue joined the compact S- and midsize L-Series cars to extend the brand’s product line. The standard engine is a 2.2-liter four cylinder that’s paired with a five-speed manual transmission or a continuously variable transmission (CVT). Also available was a 3.0-liter V6 engine that comes with a five-speed automatic. At launch, V6 models came standard with all-wheel drive, while the four-cylinder Vue is offered standard front- and available all-wheel drive.

A year later, Saturn swapped the original V6 with one displacing 3.5 liters. Antilock brakes became standard fare on V6 models, and all models were now equipped with dual-stage front air bags. Satellite radio, an MP3-compatible CD player and a rear-seat entertainment system were new options. The 2004 model year also saw the introduction of the Vue Red Line, which offered performance upgrades such as sportier suspension tuning.

The 2005 Saturn Vue received a refreshed interior and exterior. New wheel choices were introduced, and all-wheel drive was no longer available on four-cylinder models. The CVT was replaced with a four-speed automatic transmission.

Coinciding with the first-generation Vue’s final year, 2007, a Vue hybrid was released. Known as the Vue Green Line, this model features a mild-hybrid powertrain that includes a 2.4-liter four-cylinder engine and a four-speed automatic transmission.

The Vue’s second generation began with the 2008 model. Everything about the Vue was changed, with Saturn heavily basing the new vehicle on another GM product, the Opel Antara.

The previous engine choices were joined by a 3.6-liter V6 that was available with both front- and all-wheel drive.

The 2009 model year was marked by minor equipment shuffling and the addition of Bluetooth connectivity across the model range.

Chief competitors for the Saturn Vue include the Toyota RAV4, Ford Escape and Honda CR-V. Other models to consider include the Nissan Rogue, Hyundai Tucson, Mitsubishi Outlander and Subaru Forester.

CARFAX offers millions of used cars for sale nationwide. Every listing includes the vehicle history. The data below is updated daily, based on used car inventory for sale on CARFAX for the last five model years of this car. Find Used Saturn VUE For Sale
Saturn VUE Deals on CARFAX
Percentage of Saturn VUE for sale on CARFAX that are Great, Good, and Fair Value deals. Values are determined by whether the selling price is above, below, or the same as the history-based CARFAX Value.
Great Value
(29)
Good Value
(34)
Fair Value
(36)
No Badge
(67)
VEHICLE HISTORY SUMMARY
The Vehicle History Summary represents the percentage of cars available for sale on CARFAX that are reported to have no accidents or damage, had 1-owner, been used as a personal or personal lease car, and/or have service history information.