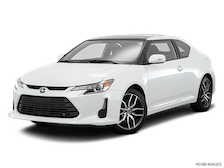 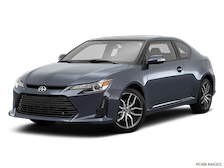 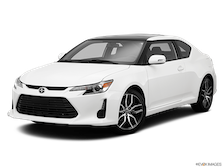 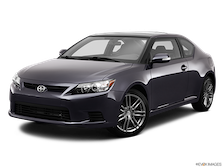 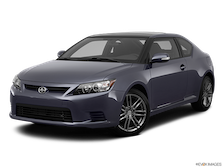 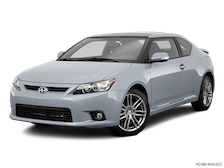 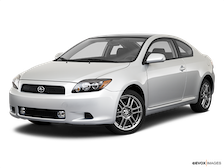 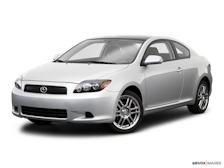 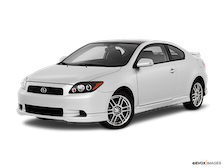 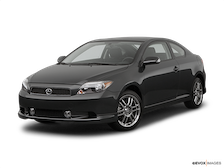 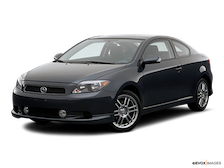 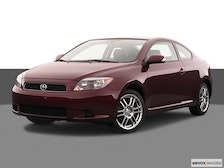 The 2014 Scion tC is a fun coupe with a sporty look. It’s fun to drive, and the base model includes a high-quality audio system, USB port, Bluetooth, and keyless entry. For the price, it offers a good variety of standard features, and gets good gas mileage.

An excellent choice for a college student, first time driver, or anyone with a long commute, the 2014 Scion tC is a good-looking coupe with an impressive array of standard features. It gets good gas mileage thanks to the 2.5-liter four-cylinder engine. With 179 hp and 172-lb-ft of torque delivered through a front-wheel drivetrain, the tC is fun to drive and easy to control. You can choose between a six-speed automatic or manual transmission. For those that like to feel connected to the car, the manual transmission is recommended, however, the automatic transmission can make a long commute much easier.

Whether you’re driving to the office or heading to school, you’ll appreciate the many features on the tC. Bluetooth compatibility allows you to chat with friends without physically holding your phone. The eight-speaker stereo system with a touchscreen display lets you quickly navigate through your music library. Plus, the USB port and auxiliary jack let you plug in your music player.

On the exterior, the chrome-tipped exhaust and 18-inch alloy wheels add to the sporty appearance. Power outside mirrors help you observe your surroundings, and the projector-beam headlights let you see clearly at night. If you’re trying to conserve gas and you have an automatic transmission, the eco-driving indicator lights up when you’re driving in a manner that saves fuel.

Scion adds many more features including a leather-trimmed steering wheel, digital clock, and sport front bucket seats. Starting at $19,965 with the manual transmission and $20,965 with the automatic transmission, the 2014 Scion tC offers great value for the price. If you’re looking for an even more budget-friendly alternative, look at the first-generation tC models. The 2005 tC was the first one released, and it doesn’t vary too much from the current model. It features an inline four-cylinder engine that produces 160 hp, and comes with the option of a five-speed manual or four-speed automatic. The beauty of these cars is that Scion decided to let customers decide how to customize the vehicles for the most part, so you can find many different cars with features such as an interior light kit, subwoofer, and more.

Named as a 2014 Top Safety Pick from the Insurance Institute for Highway Safety, the 2014 Scion tC tested well in every category. The 2011 to 2013 earned exceptional ratings as well, except they were not tested for a small overlap front crash, which is when a car hits an object such as a light pole or tree.

NOTEWORTHY ABOUT THE SCION tC

CARFAX offers millions of used cars for sale nationwide. Every listing includes the vehicle history. The data below is updated daily, based on used car inventory for sale on CARFAX for the last five model years of this car. Find Used Scion tC For Sale
Scion tC Deals on CARFAX
Percentage of Scion tC for sale on CARFAX that are Great, Good, and Fair Value deals. Values are determined by whether the selling price is above, below, or the same as the history-based CARFAX Value.
Great Value
(73)
Good Value
(109)
Fair Value
(83)
No Badge
(69)
VEHICLE HISTORY SUMMARY
The Vehicle History Summary represents the percentage of cars available for sale on CARFAX that are reported to have no accidents or damage, had 1-owner, been used as a personal or personal lease car, and/or have service history information. 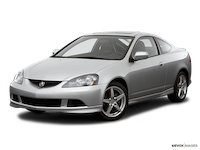 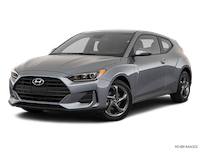 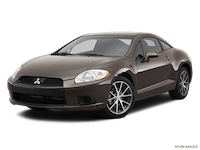