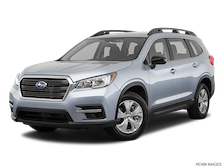 Subaru added the Ascent to its lineup in the 2019 model year. Base, Premium, Limited and Touring trim levels were introduced at launch. All Ascent crossovers come standard with all-wheel drive, and this gives them improved traction in rain and snow.

Past Subaru SUVs have had a low-slung, somewhat wagon-like appearance, but this isn’t the case with the Ascent. With its alert stance and organically rounded lines, this Subaru is in step with the design trends seen in today’s crop of crossovers. Muscular haunches and a tapered beltline help give the Ascent a look that’s taut and athletic.

The Ascent’s cabin is most notable for the spaciousness it provides. There’s seating for up to eight, or seven when equipped with the available second-row captain’s chairs. Even taller passengers will be happy in the first two rows, and this Subaru boasts one of the roomiest third rows in its segment. The Ascent also shines when it comes to cargo capacity, as it offers plenty of room for your belongings behind the first row.

Family vehicles are expected to deliver pleasant handling, and the Ascent doesn’t disappoint in this respect. Its ride quality is faultlessly smooth and compliant. Motivation comes from a turbocharged 2.4-liter four-cylinder engine that makes 260 horsepower. This powerplant is a good match for the Ascent, allowing it to easily tackle highway maneuvers.

Subaru included a generous list of standard features when it introduced the Ascent. These include roof rails, tri-zone automatic climate control and Apple CarPlay and Android Auto smartphone integration, as well as split-folding second- and third-row seats.

When it comes to optional equipment, Ascent buyers have some appealing choices to consider. The range of available amenities includes heated front seats, a Wi-Fi hotspot and a navigation system.

The Ascent’s peer group includes three-row midsize crossovers like the Mazda CX-9, Buick Enclave and Toyota Highlander. All these picks have their strengths, but the Subaru Ascent is a strong pick if you’re looking for a family crossover that’s roomy, competent and loaded with standard equipment.

CARFAX offers millions of used cars for sale nationwide. Every listing includes the vehicle history. The data below is updated daily, based on used car inventory for sale on CARFAX for the last five model years of this car. Find Used Subaru Ascent For Sale
Subaru Ascent Deals on CARFAX
Percentage of Subaru Ascent for sale on CARFAX that are Great, Good, and Fair Value deals. Values are determined by whether the selling price is above, below, or the same as the history-based CARFAX Value.
Great Value
(178)
Good Value
(196)
Fair Value
(103)
No Badge
(82)
VEHICLE HISTORY SUMMARY
The Vehicle History Summary represents the percentage of cars available for sale on CARFAX that are reported to have no accidents or damage, had 1-owner, been used as a personal or personal lease car, and/or have service history information. 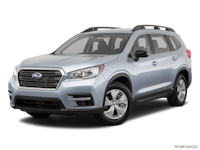