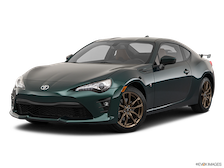 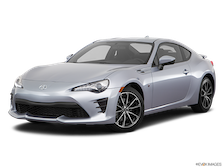 The Scion brand may be retired, but its FR-S sports car lives on as the Toyota 86. Introduced for the 2017 model year, this rear-wheel-drive sports car represents the continued collaboration between Toyota and Subaru. The result proves that owning a fun-to-drive sports coupe with exceptional handling does not have to break the bank.

Beginning in 2013, a partnership between Toyota and Subaru yielded the Scion FR-S and Subaru BRZ. These two sports cars share the same platform, which favors nimble handling over sheer horsepower. The Scion brand was sunsetted following the 2016 model year, but the FR-S was integrated into Toyota’s lineup as the Toyota 86.

The 86 offers driving dynamics that rival what’s offered significantly more expensive sports cars. An incredibly low center of gravity and a performance-tuned suspension result in exceptional handling, while precise and responsive steering provides a connected feel that enthusiasts will love. Straight-line performance isn’t this model’s strongest suit, but the 86’s 2.0-liter four-cylinder engine provides up to 205 horsepower, which is enough to ensure a rewarding driving experience. A six-speed manual transmission is standard, while a six-speed automatic with paddle shifters is available.

The 86’s cabin puts the driver first, with features like a tilt-and-telescopic steering column and a race-inspired steering wheel and foot pedals. There’s also an easy-to-read gauge cluster that’s dominated by a large, centrally located tachometer. Switchgear that includes a fun set of race-car themed knobs, buttons and switches can be found on the center stack. All models come with a touch-screen audio system and Bluetooth and USB connectivity.

The driver and front passenger will find acceptable passenger space in the 86’s firmly bolstered sport seats. However, rear-seat passenger space is cramped at best. Cargo space is also at a premium, though it’s still somewhat competitive with what you’ll find in other sports cars.

The Toyota 86 should be cross-shopped alongside the related Subaru BRZ, as well as the Mazda MX-5 Miata, Nissan 370Z, Ford Mustang and Chevrolet Camaro. Buyers who require more utility might also enjoy the Volkswagen GTI, Subaru WRX and Ford Focus ST.

CARFAX offers millions of used cars for sale nationwide. Every listing includes the vehicle history. The data below is updated daily, based on used car inventory for sale on CARFAX for the last five model years of this car. Find Used Toyota 86 For Sale
Toyota 86 Deals on CARFAX
Percentage of Toyota 86 for sale on CARFAX that are Great, Good, and Fair Value deals. Values are determined by whether the selling price is above, below, or the same as the history-based CARFAX Value.
Great Value
(12)
Good Value
(18)
Fair Value
(18)
No Badge
(8)
VEHICLE HISTORY SUMMARY
The Vehicle History Summary represents the percentage of cars available for sale on CARFAX that are reported to have no accidents or damage, had 1-owner, been used as a personal or personal lease car, and/or have service history information. 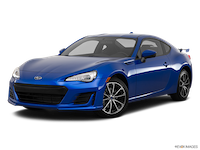 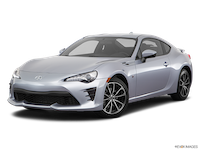