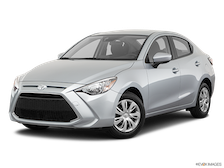 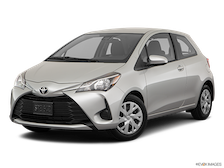 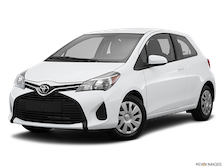 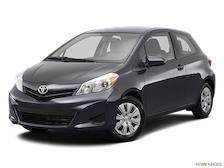 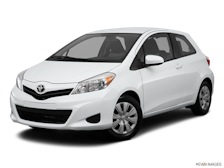 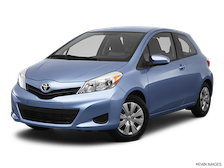 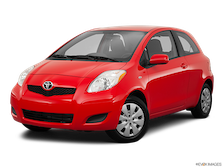 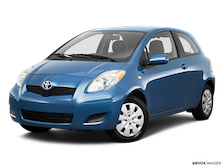 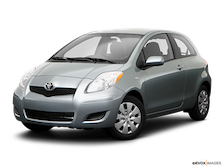 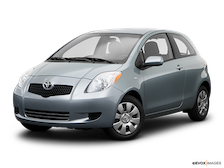 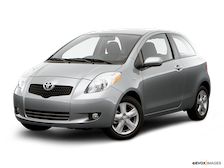 The Toyota Yaris is a subcompact model introduced in 2007 to the U.S. market. Hatchback and sedan body styles have been offered. The Yaris is a front-wheel drive vehicle powered by a four-cylinder engine.

Upon its introduction, the second-generation Toyota Yaris was offered as a sedan, a three-door hatchback and a five-door hatchback. However, the sedan was discontinued after 2012.

All Yaris hatchback models are marked by a narrow, upswept upper grille design and wraparound headlights. Some models include LED daytime running lights. An oversized lower grille opening is offset by large pockets for the available fog lamps. A sloping hood and a canted windshield complete this model’s front end.

Along the sides, the Toyota Yaris has a sloping roofline, a rising beltline, upper and lower character lines and color-keyed side mirrors. An assortment of wheel choices, including machined alloy wheels are available. At the rear, the Yaris has an oversized hatchback spoiler, wraparound combination lamps, body sculpting and a single exhaust tip.

The Yaris’ cabin offers space for five, but is best suited for four. The base model is equipped with a tilt-adjustable steering wheel, power door locks, power steering and air conditioning. The Yaris also comes with a USB port and an auxiliary input jack.

A 2015 refresh adjusted the pitch of the windshield, tweaked the overhangs and pushed the wheels further out to the corners. An updated interior brought in additional soft-touch materials with a corresponding reduction in noise, vibration and harshness. Toyota also upgraded the audio system, making a touch-screen audio system standard across the model line.

All Toyota Yaris models are powered by a 1.5-liter four-cylinder engine with 106 horsepower. This engine comes paired with a five-speed manual or a four-speed automatic transmission.

Chief competitors for the Toyota Yaris include the Nissan Versa, Kia Rio, Hyundai Accent, Ford Fiesta, Chevrolet Sonic and Honda Fit. The Volkswagen Golf and Fiat 500 might also be considered.

Like the second-generation, earlier Yaris models are powered by a 1.5-liter four-cylinder engine that’s paired with a five-speed manual transmission or a four-speed automatic.

CARFAX offers millions of used cars for sale nationwide. Every listing includes the vehicle history. The data below is updated daily, based on used car inventory for sale on CARFAX for the last five model years of this car. Find Used Toyota Yaris For Sale
Toyota Yaris Deals on CARFAX
Percentage of Toyota Yaris for sale on CARFAX that are Great, Good, and Fair Value deals. Values are determined by whether the selling price is above, below, or the same as the history-based CARFAX Value.
Great Value
(70)
Good Value
(100)
Fair Value
(112)
No Badge
(81)
VEHICLE HISTORY SUMMARY
The Vehicle History Summary represents the percentage of cars available for sale on CARFAX that are reported to have no accidents or damage, had 1-owner, been used as a personal or personal lease car, and/or have service history information. 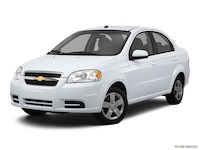 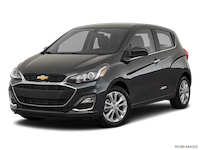 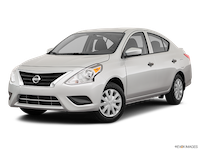 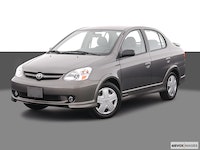 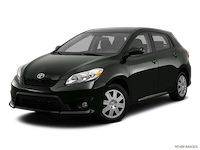